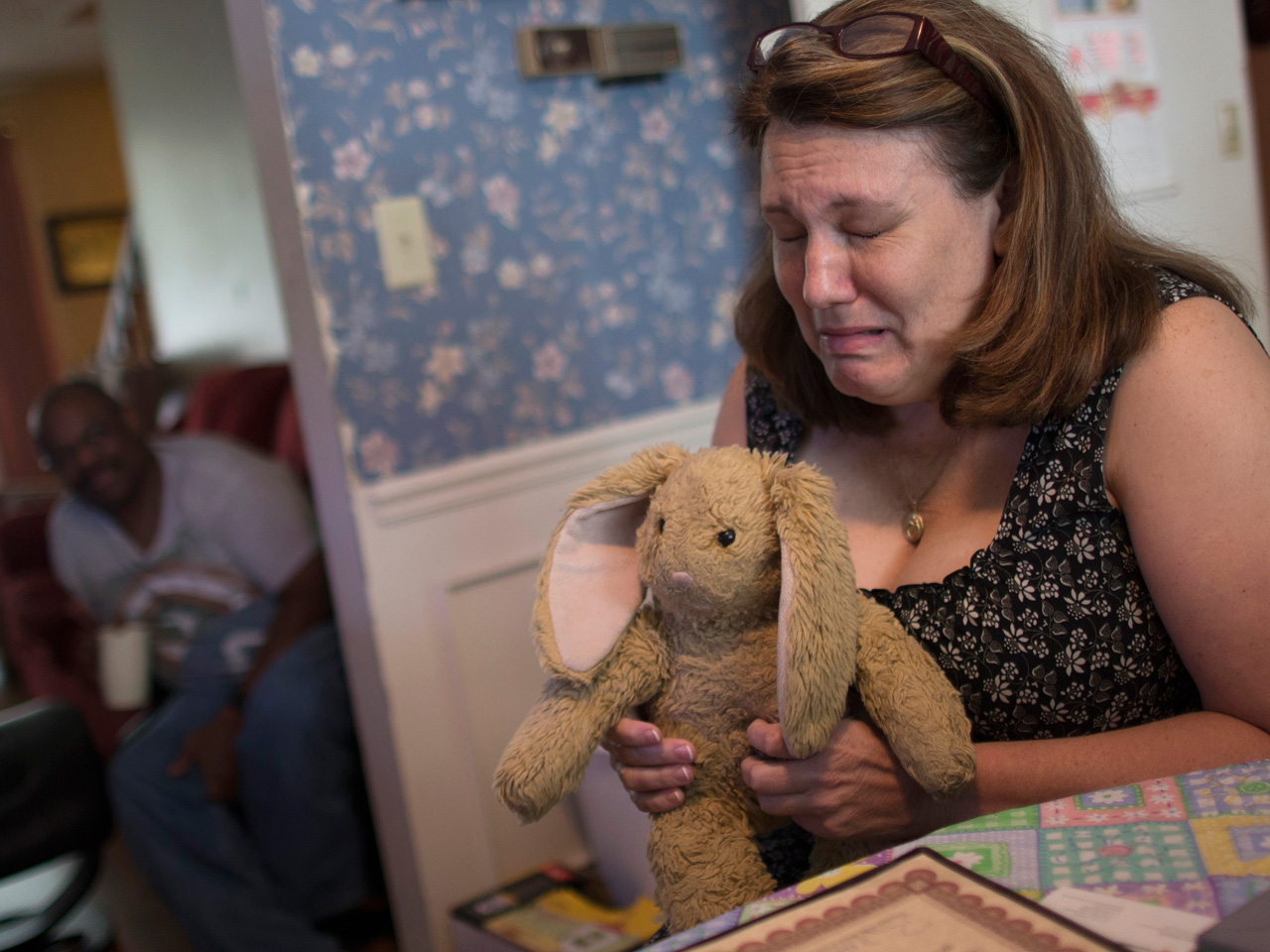 MIDDLETOWN, Ohio - Confronted with the sudden death of their 18-year-old daughter, Fred and Dorothy McIntosh Shuemake made a defiant decision: they would not worry about any finger-pointing, whispers or family stigma.

They directed the funeral home to begin Alison Shuemake's obituary by stating flatly that she died "of a heroin overdose." They aren't the first grieving American parents to cite heroin in an obituary as such deaths nearly quadrupled nationally over a decade, but it's rare, even in a southwest Ohio community headed toward another record year in heroin-related deaths.

"There was no hesitation," Dorothy said. "We've seen other deaths when it's heroin, and the families don't talk about it because they're ashamed or they feel guilty. Shame doesn't matter right now."

Her voice cracked as she sat at a table covered with photos of Alison: the high school diploma earned this year, awards certificates, and favorite things such as her stuffed bunny named Ashley that says "I love you" in a voice recording Alison made as a small child.

"What really matters is keeping some other person, especially a child, from trying this ... We didn't want anybody else to feel the same agony and wretchedness that we're left with," she said.

She and Fred, a retired Middletown police detective who investigated crimes against children, want to promote a potentially preventive dialogue about what the U.S. Centers for Disease Control and Prevention calls an epidemic. In Butler County, where the Shuemakes live, the coroner's statistics show heroin-related deaths jumped in two years from 30 to 103 in 2014, with 86 recorded already through the first six months of this year.

The decision by the Shuemakes to highlight the problem has drawn a wide outpouring of support, both locally and on social media, with online comments and emails from around the world.

"That's something that needs to happen. People die of overdoses and it gets swept under a rug," Gehring said. "Until we as a society are willing to acknowledge that it is here and affecting all of us, we're going to continue to see the death count rise."

A search of "heroin" on the Legacy.com site with obituaries from more than 1,500 newspapers found only a handful, including Alison's, in the last month. One was from the Ventura County Star in California, describing Cameron Kean Crawford's turquoise eyes, his talent in art and technology and his placid demeanor until "heroin unraveled his life, causing his shocking demise from an overdose on ... his 34th birthday."

Alison's obituary calls her a "funny, smart, gregarious, tenacious and strong-willed teenager with gusto." Dorothy smiled as she talked about Alison's love for "sparkle," which she said also described her personality.

Alison had recently joined a salon staff after being recruited by a manager who admired the way she did her hair and makeup. She and her boyfriend Luther both had two jobs and moved into an apartment together a few weeks ago. Alison, who had been in rehabilitation months earlier for alcohol and marijuana abuse, seemed happy and proud, her parents said.

They were expecting the couple over to do laundry the night of Aug. 25. When they didn't show up, Dorothy phoned and texted without answer. At about 3:30 a.m., their roommate called: "Something's wrong."

She rushed over to the apartment and saw immediately both were "definitely gone." She spotted a needle on the floor.

As police, paramedics and the coroner's investigator did their work, she sat with Alison's body and sang to her their special song, drawn from the children's book "Love You Forever."

Before Alison's obituary was published, her mother called her boyfriend's family to let them know of the plan to name heroin in her obituary. They had no objection.

A few days later, his was published.