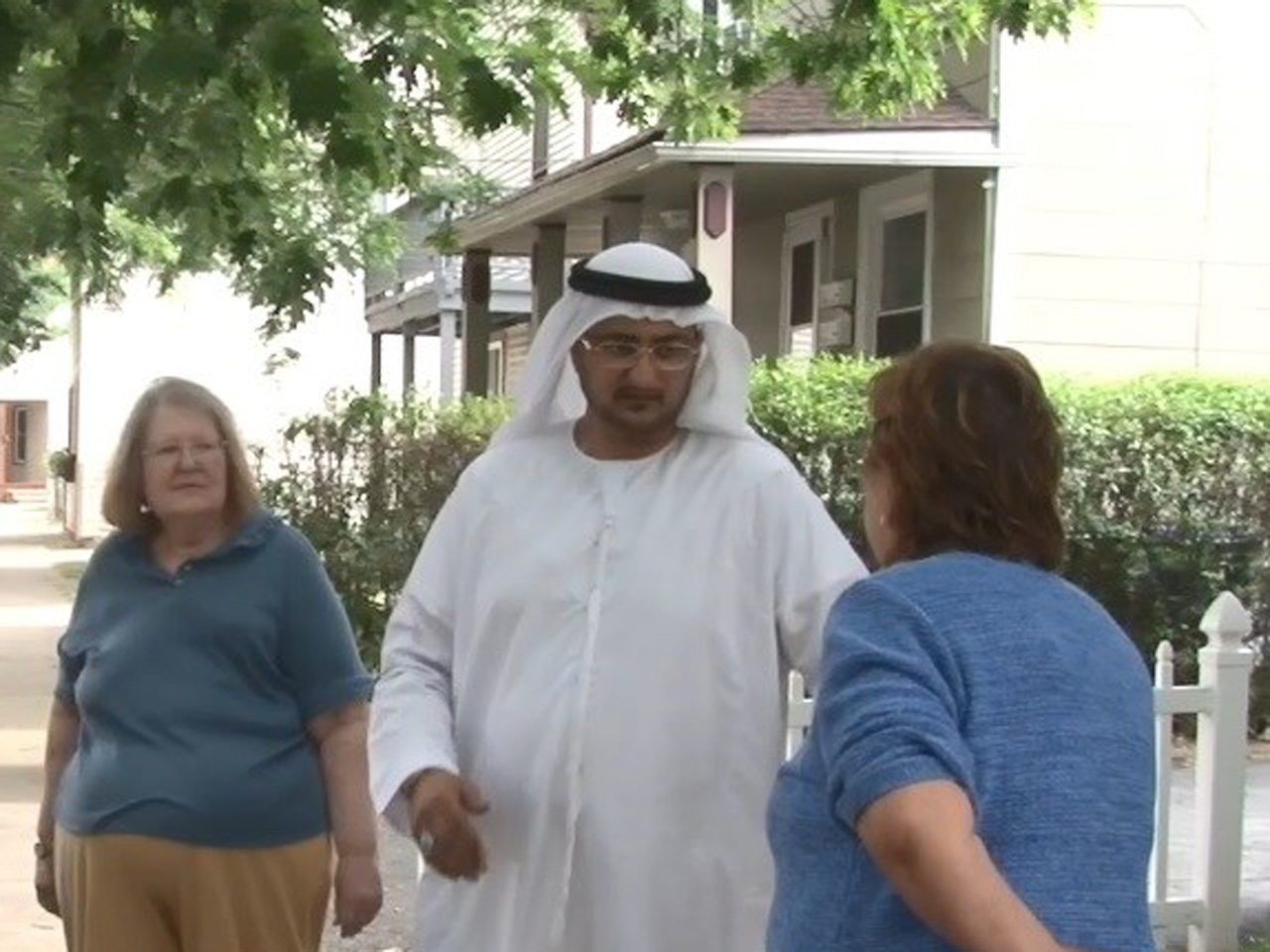 AVON, Ohio - A hotel clerk who told her family she thought a guy speaking Arabic was a terrorist was fired and may even face criminal charges.

A prosecutor is reviewing whether to pursue charges against an Ohio hotel clerk who raised suspicions that an Emirati businessman dressed in traditional clothing could have links to terrorism.

Businessman Ahmed al-Menhali was detained by police at gunpoint last week at an Avon hotel before police determined he wasn't a threat. Police responded to 911 calls from the clerk's family expressing fears that al-Menhali could have ties to the Islamic State of Iraq and Syria (ISIS.)

The clerk's sister told police he was "pledging his allegiance or something to ISIS."

Al-Menhali's treatment became front-page news in the United Arab Emirates, which has since warned its citizens to avoid wearing traditional garments abroad.

Avon city officials say the investigation was turned over to the prosecutor's office to decide whether to pursue charges.

A representative from the Fairfield Inn and Suites, where the incident occurred, told CBS affiliate WOIO the hotel clerk is no longer employed there. Marriott released a statement regarding the incident, which read, in part: "We deeply regret what happened."

Al-Menhali has hired an attorney, David Malik, to handle his case.

Malik told WOIO "he wouldn't talk about case strategy or possible legal action. Right now he's working to get video from Marriott to see exactly what happened inside the hotel the day the 911 calls came in."