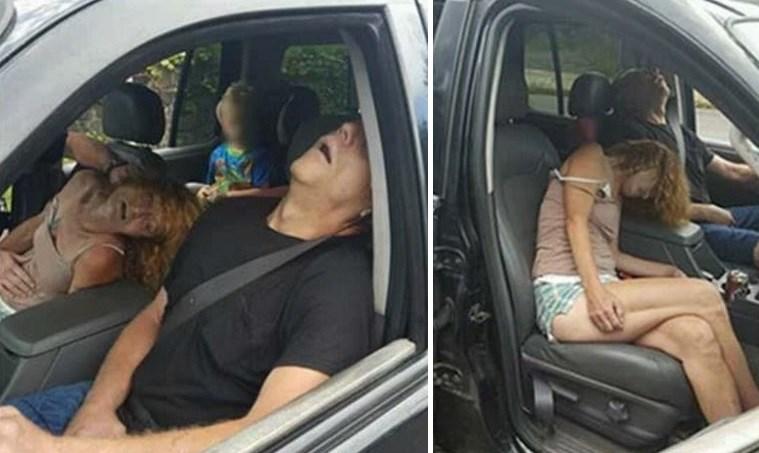 LISBON, Ohio -- A 4-year-old Ohio boy pictured in police photos in the back seat of a carwhile his grandmother and her boyfriend were slumped over from a drug overdose is moving in with other relatives.

Columbiana County Juvenile Court administrator Dane Walton tells The Associated Press that the boy’s great uncle and great aunt in South Carolina petitioned the court for custody, which was granted Monday by a judge.

Walton says the grandmother, Rhonda Pasek, was granted custody of the boy six weeks ago. Walton says the judge’s report shows that at the time there was “no evidence brought forward” of any drug issues with Pasek.

The city of East Liverpool posted the powerful images and a message to its Facebook page last week, according CBS affiliate WBNS.

“We feel we need to be a voice for the children caught up in this horrible mess,” the city wrote. “This child can’t speak for himself but we are hopeful his story can convince another user to think twice about injecting this poison while having a child in their custody.”

The city acknowledged that the photos may be offensive, but felt it was important to show the public the horrors they deal with in helping to fight the epidemic.