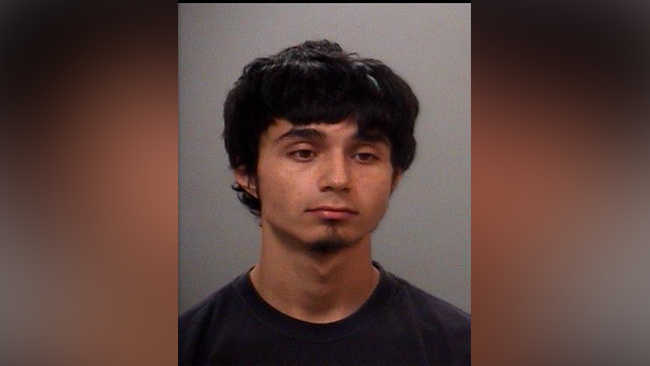 WILLIAMSON, W.Va. -- An Ohio man has pleaded guilty in the fatal shooting of a former coal executive in southern West Virginia.

Anthony R. Arriaga of Delphos, Ohio, told a Mingo County circuit judge Tuesday that he had been using drugs and had little sleep over several days before he killed Bennett Hatfield in a cemetery last May, news outlets reported.

Hatfield had been visiting his wife’s gravesite at Mountain View Memory Gardens near the Kentucky-West Virginia border. His SUV was found nearby. Hatfield resigned in 2015 as president and CEO of Patriot Coal.

Arriaga faces life in prison on a first-degree murder charge at least 10 additional years for first-degree robbery. Sentencing has been set for May 17.

Co-defendant Brandon Lee Fitzpatrick of Louisa, Kentucky, is charged with first-degree murder and conspiracy. His pretrial hearing is set for Thursday.

Arriaga told the judge he had just met Fitzpatrick days earlier. Arriaga had a gun, got some bullets at the home of Fitzpatrick’s father, and Arriaga and Fitzpatrick went driving in Arriaga’s car. Fitzpatrick suggested they rob a gas station or steal a car, but as they passed the cemetery, Fitzpatrick told Arriaga to stop there so he could visit his grandmother’s grave, Arriaga said in court.

The pair spotted Hatfield’s GMC Yukon Denali and hatched a plan to steal it and sell its parts. But knowing Hatfield would call police if they stole the SUV, Arriaga said Fitzpatrick told him, “’We can’t leave him alive.’”

Arriaga said Fitzpatrick drove off in Arriaga’s car and left him behind. Arriaga said he started running, fell into a river, then made it to a road where a man gave him a ride to a friend’s house in Wayne County.

Authorities have said the man who drove Arriaga contacted authorities after hearing about Hatfield’s death. Police helped track Arriaga to Wayne County and, through cellphone records, to Allen County, Ohio, where he was arrested two days after the shooting. Fitzpatrick was arrested a day later.