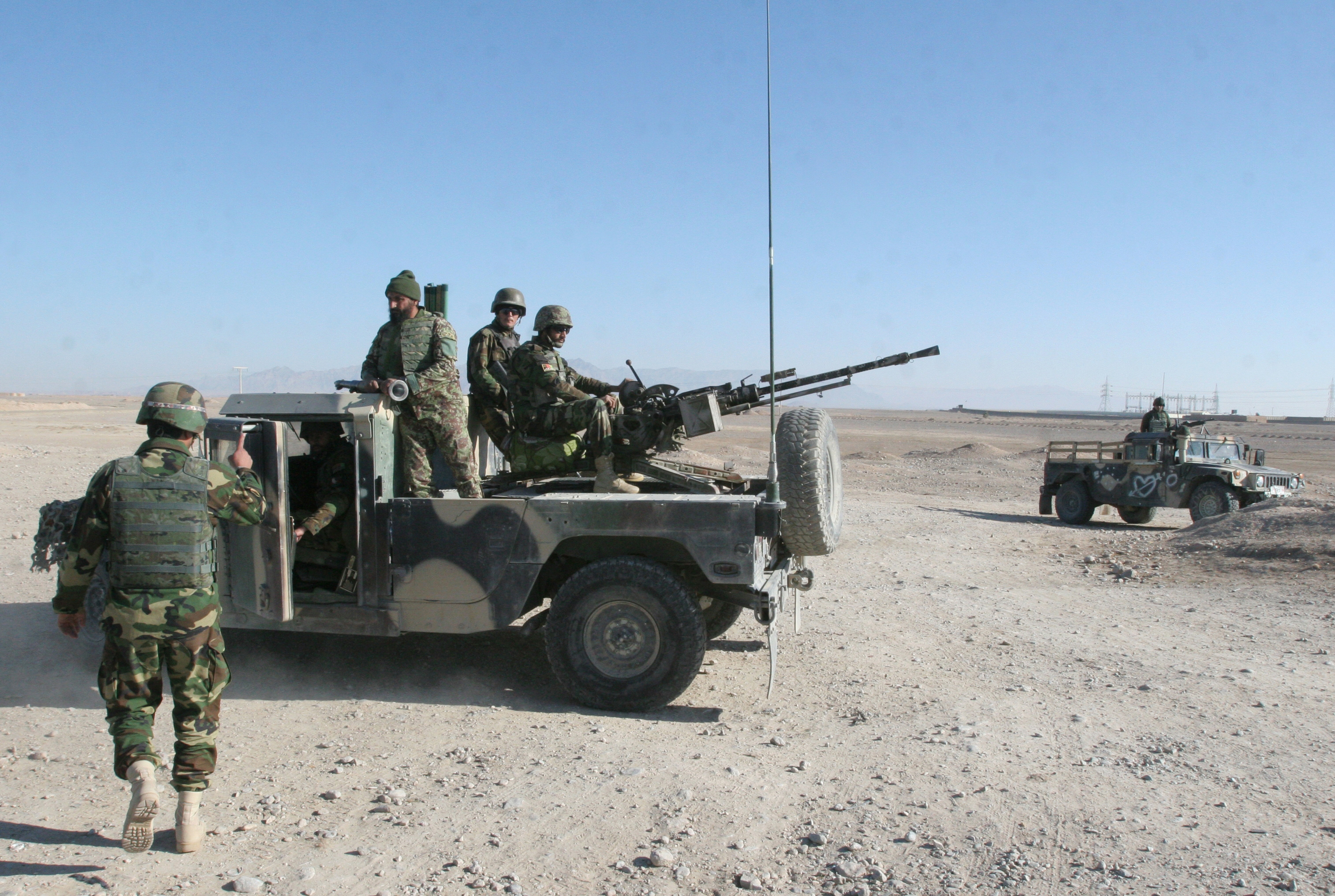 KABUL, Afghanistan -- A strategically important district in the southern Afghan province of Helmand that has been besieged by the Taliban for more than a week remains under government control after the United States conducted two air strikes overnight, officials said on Thursday.

Fighting continued, Afghan officials said, after insurgents captured the area around the district governor's compound overnight but were pushed back, said Akhtar Muhammad, a police commander in Sangin.

"An hour later we recaptured that building and now we have it," he told The Associated Press.

The United States military conducted two air strikes "in the vicinity of Sangin," according to the spokesman for the NATO mission in Afghanistan, U.S. Army Col. Mike Lawhorn. Both took place before midnight.

The spokesman for the Afghan army in Helmand, Guam Rasoul Zazai, said that Afghan military air strikes had also bombarded Taliban strongholds in Sangin overnight, killing 25 insurgents and wounding another 12.

Operations were slowed as insurgents began taking shelter in civilian homes, he said.

Meanwhile, a British contingent of NATO military advisors was sent to Helmand this week, but officials said its role was purely advisory and there was no confirmation of reports that special forces units were present.

A Taliban claim that they had the district under their control was widely refuted. Taliban statements regularly exaggerate battlefield gains, though government casualty figures are also impossible to verify.

Sangin is an important prize for the Taliban. It sits on crucial smuggling routes for drugs, arms and other contraband which fund the insurgency.

Insurgents have been fighting for control of Sangin for almost a month, though the battle intensified a week ago as government reinforcements failed to arrive and Afghan security forces were pinned down inside an army base.

Reinforcements arrived Wednesday afternoon after being rushed to the region, the acting Defense Minister Masoom Stanekzai told reporters on Wednesday.

Shadi Khan, a tribal elder in Sangin who is also director of the Sangin District Council, said he was trapped in the base for three days before government forces arrived.

"Taliban rumors that they have captured the district are not true," he said.

Meanwhile, the Taliban issued a statement Thursday laying out conditions for a peace dialogue to end the war, now in its 14th year. Talk of a dialogue between the Kabul government and the insurgents has resurfaced following a regional conference in the Pakistani capital earlier this month where hopes were raised that a process that was cancelled over the summer could be revived in 2016.

The announcement in July that the Taliban founder and leader, Mullah Mohammad Omar, had been dead for more than two years saw the group pull out of a dialogue process after only one meeting in Pakistan between representatives of each side. It also led to deep fissures in the group's leadership, further muddying the waters about just who the Afghan government should be talking to when the time comes.

The Taliban statement listed barriers to peace negotiations, including United Nations sanctions on individual Taliban figures which were extended this week, and the presence of foreign troops in Afghanistan, with specific mention of the British troops that arrived in Helmand on Wednesday to provide support for Afghan forces battling in Sangin.

Political analyst Waheed Muzhda, formerly an official in the Taliban's 1996-2001 administration, said the Taliban needed to sort out its leadership problems before it started talking about the peace process. Mullah Akhtar Mansoor, who was Mullah Omar's deputy and took his place in August, has been locked in an increasingly violent dispute over the legitimacy of his position. "This is an issue that has to be clear in the negotiating process," Muzhda said.