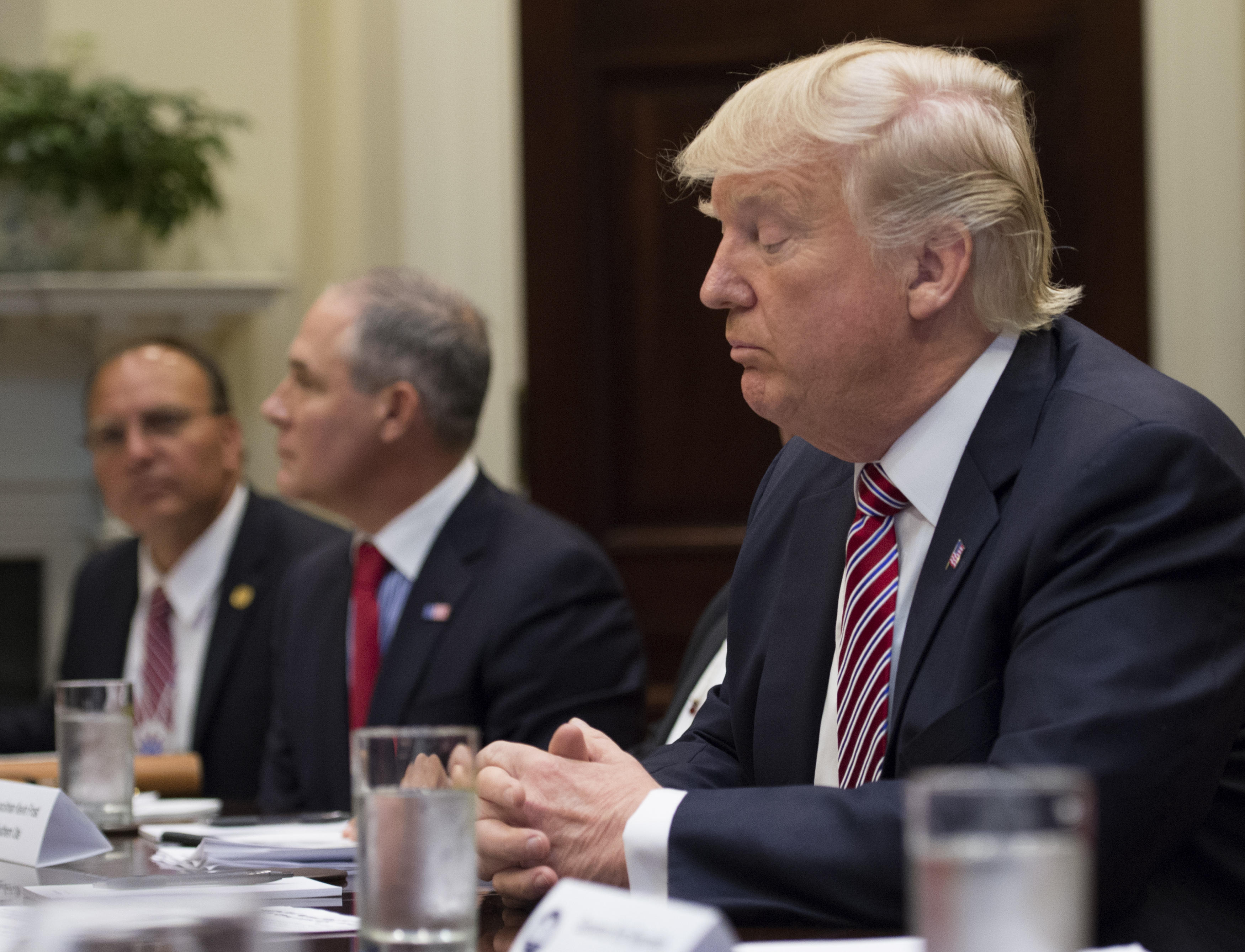 Senior officials from the departments of State, Justice and Homeland Security labored Wednesday to finalize rules for visitors from six mostly Muslim nations who hope to avoid the Trump administration's revived travel ban and come to the United States.

The deliberations came as U.S. embassies and consulates awaited instructions on how to implement this week's Supreme Court order that partially reinstated the ban after it was blocked by lower courts. The administration has given itself a Thursday deadline for implementing the scaled-back ban, which applies to visitors from Syria, Sudan, Somalia, Libya, Iran and Yemen.

The justices' opinion exempts applicants from the ban if they can prove a "bona fide relationship" with a U.S. person or entity. Government lawyers must determine how to define such a relationship. The court offered only broad guidelines - suggesting they would include a relative, job offer or invitation to lecture in the U.S.

Shortly after the court's ruling, the State Department advised all U.S. diplomatic posts to await instructions.

Until the new guidance is complete, posts were told to process applications as they had been, according to officials familiar with the situation. They spoke on condition of anonymity because they were not authorized to discuss internal communications publicly.

President Donald Trump's initial travel ban in January led to chaos at airports around the world, but airlines say they don't expect similar problems this time. After a judge blocked the original ban, Trump issued a scaled-down order and the court's action Friday further reduced the number of people who would be covered by it. Also, while the initial order took effect immediately, adding to the confusion, this one was delayed 72 hours after the court's ruling.

Virgin Atlantic said it was working with Customs and Border Protection, the Homeland Security agency responsible for admitting arriving foreigners into the United States. The airline said anyone with valid travel documents is expected to be able to travel to the U.S. as normal, but it recommended that passengers from the six countries check first with the U.S. Embassy.

Some immigration groups plan to send lawyers to airports in case there are problems. The Dulles Justice Coalition, which established a pool of volunteer attorneys at Dulles International Airport after the first travel ban, is planning to return to the Virginia airport outside Washington, said DJC board member Sirine Shebaya.

It remained unclear exactly when new instructions would be distributed to embassies and consulates. Among other questions lawyers were grappling with was how specific the instructions should be in interpreting a "bona fide relationship."

A broad interpretation, for example, could allow for a contract or reservation with a rental car agency or hotel in the United States to be considered a legitimate relationship, the officials said.

Similarly, an applicant's relationship with a distant, nonblood relative in the U.S. could be considered legitimate. The officials said the new guidance might not delve into such specifics and leave consular officers with discretion to make their own determinations.

The Homeland Security Department has said only that it will implement the travel ban "professionally, with clear and sufficient public notice."

The Supreme Court order also placed similar limitations on Trump's plan to temporarily halt all refugee admissions. But that may have minimal effect for now. Of the 50,000 refugees the government planned to accept in the current budget year, more than 48,900 have been allowed to enter the U.S.

The State Department has said that the few remaining refugees to be admitted this year will not have to prove a "bona fide relationship." A new cap won't be in place until the start of the budget year in October, around the time that the Supreme Court considers the case.

Trump ordered the refugee ban and a travel ban affecting the six countries, plus Iraq, shortly after taking office. He said it was needed to protect the U.S. from terrorists, but opponents said it was unfairly harsh and was intended to meet a Trump campaign promise to keep Muslims out of the United States.

After a federal judge struck down the bans, Trump signed a revised order intended to overcome legal hurdles. That was also struck down by lower courts, but the Supreme Court's action Monday partially reinstated it.