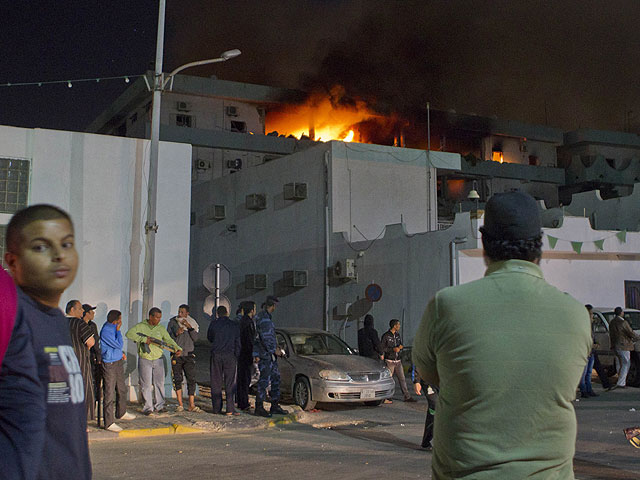 Shukri Ghanem, the head of the national oil company and Libya's oil minister, crossed into Tunisia by road on Monday and defected, the Tunisian official said. The official, based in the region around the Ras Jdir border crossing, was not authorized to speak to the media.

Ghanem is one of the most prominent members of Qaddafi's government to defect amid fighting between the military and rebels. A NATO-led campaign of airstrikes is seeking to protect civilians from attacks by Qaddafi's military.

Ghanem is among Qaddafi officials under U.S. sanctions announced by the Treasury Department in early April.

Libyan government spokesman Moussa Ibrahim denied Monday night that Ghanem had defected. "He is working in his office," he told The Associated Press.

The world's enduring dictators
Gates: We're not at war with Libya
Anger in the Arab World

Abdel Moneim al-Houni, a former Libyan Arab League representative who was among the first wave of Libyan diplomats to defect, confirmed the defection but said no official announcement has been made out of concern for the safety of some of his family members who are still in Tripoli. Al-Houni said that he spoke to Ghanem after he crossed the border.

"Most of the officials remaining in Tripoli are forced to stay under intimidation and pressure. They are not happy with what is happening," Al-Houni told the AP.

Guma El-Gamaty, London-based spokesman for Libya's Interim National Council, said "all what we know is that Shukri Ghanem is in Tunisia."