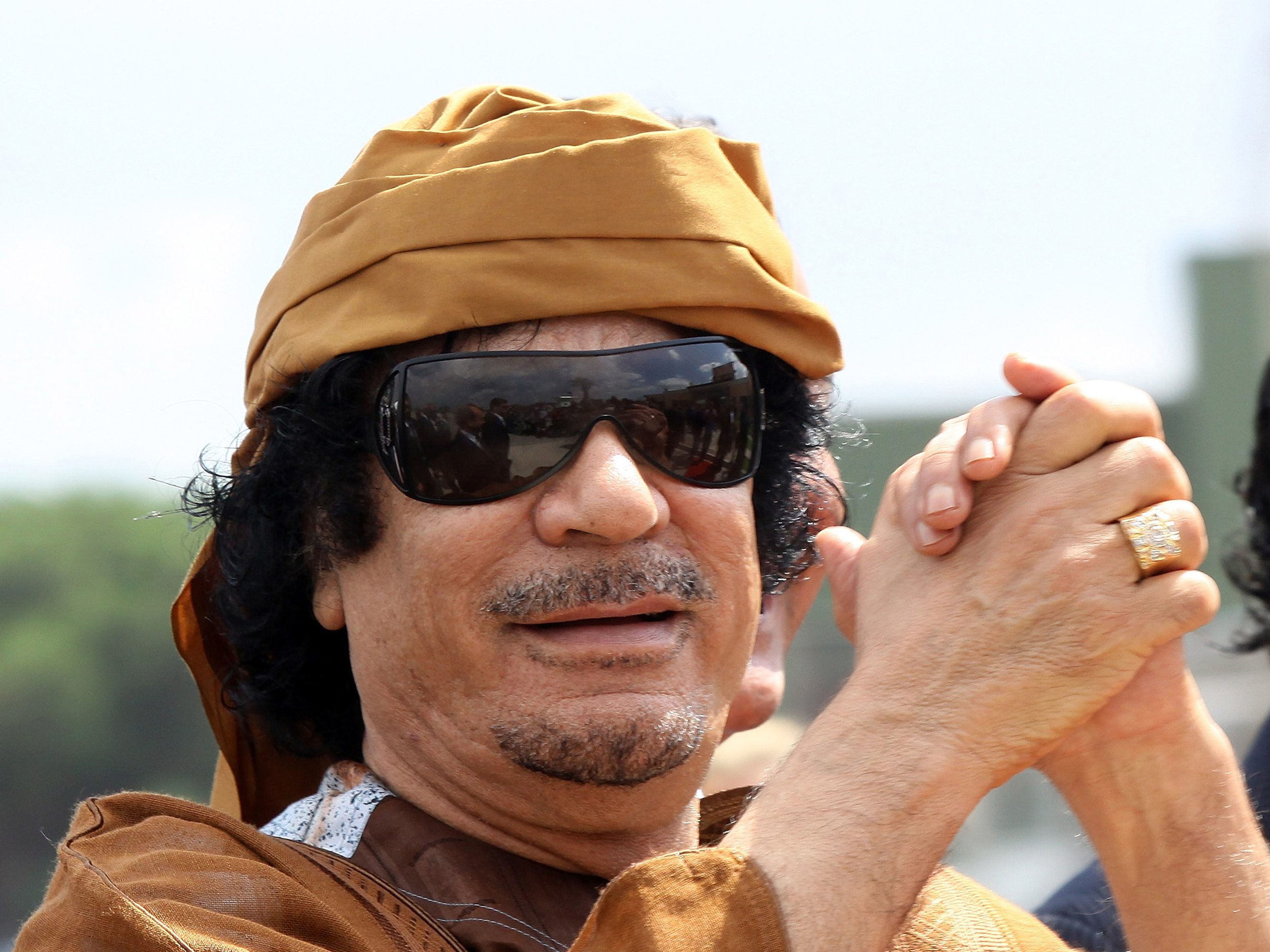 The Prosecutor of the International Criminal Court has officially asked the court to issue arrest warrants for Libyan leader Muammar al Qaddafi, his son Saif al Islam, and Libya's head of intelligence, Abdullah Al Senussi, who is Qaddafi's brother-in-law, for war crimes and crimes against humanity.

Specifically, the warrants name Qaddafi for the commission of two categories of crimes against humanity: murder under Article 7(1)(a) of the Rome Statute, and persecution under Article 7(1)(h) of the Rome Statute. The evidence, according to the prosecutor, shows the Libyan security forces conducted widespread and systematic attacks against the civilian population under Qaddafi's command.

Now the decision rests with three pre-trial Judges, who may either decide to accept the application, reject it, or ask the prosecutor for more evidence. In all previous cases, according to I.C.C. spokesperson Florence Olara, the Pre-Trial Chamber has granted arrest warrants upon the prosecutor's request.

The 74-page document supporting the request for the arrest warrants, with nine annexes, outlines allegations that Libyan forces have systematically attacked civilians since launching a brutal crackdown on anti-government rebels.

What are the next steps assuming an arrest warrant is issued? Since the I.C.C. does not have enforcement power, they have written letters to Libyan authorities to arrest those who are indicted -- an unlikely outcome.

The White House, its NATO allies, or the United Nations may try to persuade Qaddafi's forces or another nation to deliver Qaddafi to The Hague for trial.

The other unanswered question is who would replace Qaddafi. At the White House, U.S. officials met late last week with Mahmoud Jibril, the top representative of the Libyan Transitional National Council, but Mr. Obama did not attend, nor did they get their sought-after recognition from the administration. The U.S. continues to play a back-seat role in the NATO's targeted bombing of Qaddafi's military command and control, after Washington launched the earlier aerial attacks, aimed at taking out military targets and protecting civilians. President Obama said the United States intervened in Libya to prevent a slaughter of civilians that would have "stained the world's conscience."

obtained by CBS News, the I.C.C.'s chief prosecutor, Luis Moreno-Ocampo, said there was evidence in a newly-created crime database which shows systematic "shooting at peaceful protesters" by Qaddafi's security forces.

The U.N. Security Council voted unanimously on February 26 to refer the Libyan crisis to the International Criminal Court and the prosecutor launched a formal investigation days later. The report notes that in February, just before the Security Council unanimously voted to refer the Libya investigation to the I.C.C., the Libyan leader's son Saif al-Islam Qaddafi said his country would direct a national commission to investigate allegations of war crimes. The prosecutor, however, has "not found any genuine national investigation."

Moreno-Ocampo said in his report that "available information provides reasonable grounds to believe that crimes against humanity have been committed and continue being committed in Libya," including murder, imprisonment or other severe deprivation of physical liberty, torture, and persecution and that rape, deportation and war crimes were committed against civilians not taking a direct part in the fighting. And, an estimated 665,000 people -- mostly Libyans -- have fled the country since fighting began.

With the White House loathe to arm the rebels, President Obama met with the Emir of Qatar, Hamad bin Khalifa al-Thani at the White House and said, "Qatar is not only supportive diplomatically but is also supportive militarily, and we are very appreciative of the outstanding work of that the Qataris have done side by side with the other international coalition members."

But will Qatar or some other partner on the ground help bring Qaddafi to justice once the arrest warrant is issued? The answer is not entirely clear.

International criminal prosecutions have had mixed results, and the I.C.C. -- to which the U.S. is not a party -- has almost no track record. The only other time that the court issued an arrest warrant was for Sudan's defiant President Omar al Bashir and he has evaded prosecution. No trials have been completed in the court's 10 year existence.

To date, the court has opened investigations into six situations, all of them in Africa. The Security Council unanimously referred the situation in Libya to the court stressing "the need to hold to account those responsible for attacks, including by forces under their control, on civilians."

In the current issue of "Foreign Affairs" magazine, David Kaye, Executive Director of the International Human Rights Law Program at the University of California, Los Angeles, School of Law, notes: "The court has failed to complete even one trial, frustrating victims as well as the dozens of governments that have contributed close to $1 billion to its budget since 2003."

But Moreno-Ocampo points to changing times: "Unlike in previous allegations of massive crimes, the court and the Security Council are acting in real time. There was no I.C.C. when the Rwanda genocide happened and the Darfur situation was referred to the I.C.C. two years after the beginning of the crimes against the civilian population."

The next steps for Qaddafi are anyone's guess. The leader himself appears entrenched -- unmoved by calls for his immediate departure by many world leaders, including President Obama, British Prime Minister David Cameron, France's President Nicolas Sarkozy and Turkish Prime Minister Recep Tayip Erdogan.

But the U.S., as one of the permanent members of the U.N. Security Council, referred the case of Libya in the hope that isolating Qaddafi and, now, possibly making him a "wanted man" in international law terms, may bring a legal and diplomatic solution to the current stalemate.