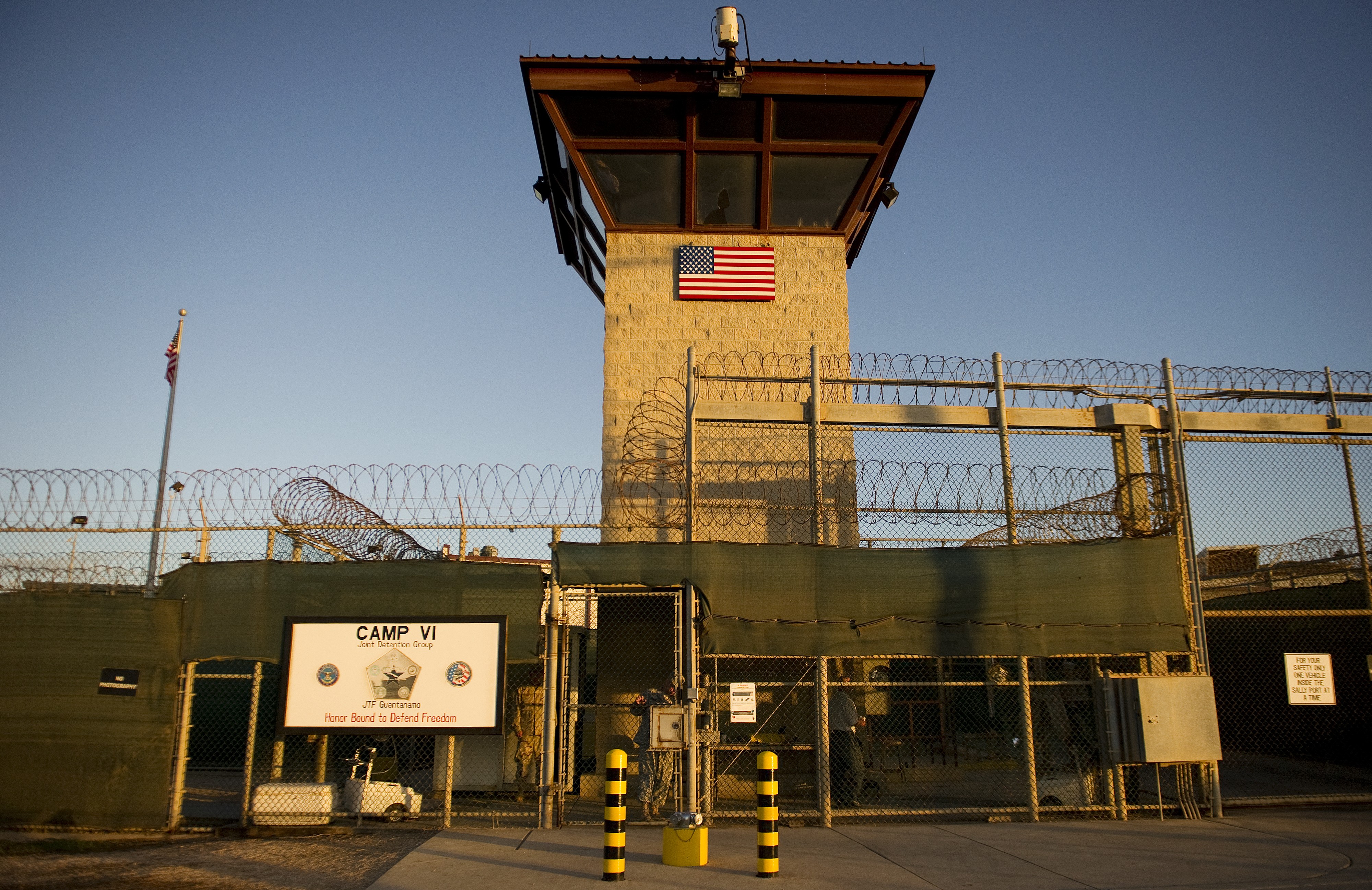 NEW YORK Several dozen medical personnel are heading down to the U.S. navy base at Guantanamo Bay, Cuba, due to the soaring number of hunger strikers. Since April 12, the the number of detainees refusing meals has risen from 43 to to 84, said base spokesman Lt. Col. Samuel House.

A total of 166 detainees remain at the base that opened in 2002 as a detention center for foreign captives in the global war on terror. Most of the remaining detainees have been there for more than a decade and have never charged with a crime -- an underlying cause of the hunger strike, their attorneys have said.

Of the hunger strikers, 17 men, as of Tuesday, had lost enough weight to prompt the military to force-feed them liquid nutrients via internal tube. Four of these men had been moved to the base hospital.

"The task force is conducting a thorough medical evaluation of each detainee," House said.

Since the prison-wide hunger strike began in early February, the military has employed what House called "multiple criteria for determining if detainees are hunger striking or not."

One of the criteria, he said, is refusing nine consecutive meals.

Due to the near doubling in hunger strikers in the past two weeks, additional medics and health care providers are expected to arrive "within the next few weeks," House said, to join 100 medical personnel already on the island.

Besides indefinite detention, another catalyst for the growing hunger strike, according to attorneys who have visited or spoken with detainees, is what the detainees view as harsher treatment in recent months, including cell searches resulting in confiscation of personal items and searches of their Korans, which many devout Muslim detainees consider a desecration.

The number of acknowledged hunger strikers has soared since an April 13 pre-dawn raid of Guantanamo's Camp Six, previously the most communal detention space housing about 130 men whose cells were kept unlocked during the day.

The military said 43 men were hunger-striking before the raid. That number had climbed to 62 by Friday.

The military said the raid was intended to restore safety and order to Camp Six, where detainees had covered most of the security cameras that allow guards to observe them. Half of the Camp Six inhabitants were moved to the more restrictive Camp Five, while the remaining men in Camp Six are now locked in their cells for most of the day.

In 2010 dozens of detainees were deemed low-risk enough by an Obama Administration national security task force to merit transfer out of the prison, either to their home country or to third countries, but none have left since then. One of those detainees is British resident Shaker Aamer, whose case will be debated in the British Parliament on Wednesday, after 100,000 British citizens signed a petition for his release (echoing the position of the British foreign ministry).