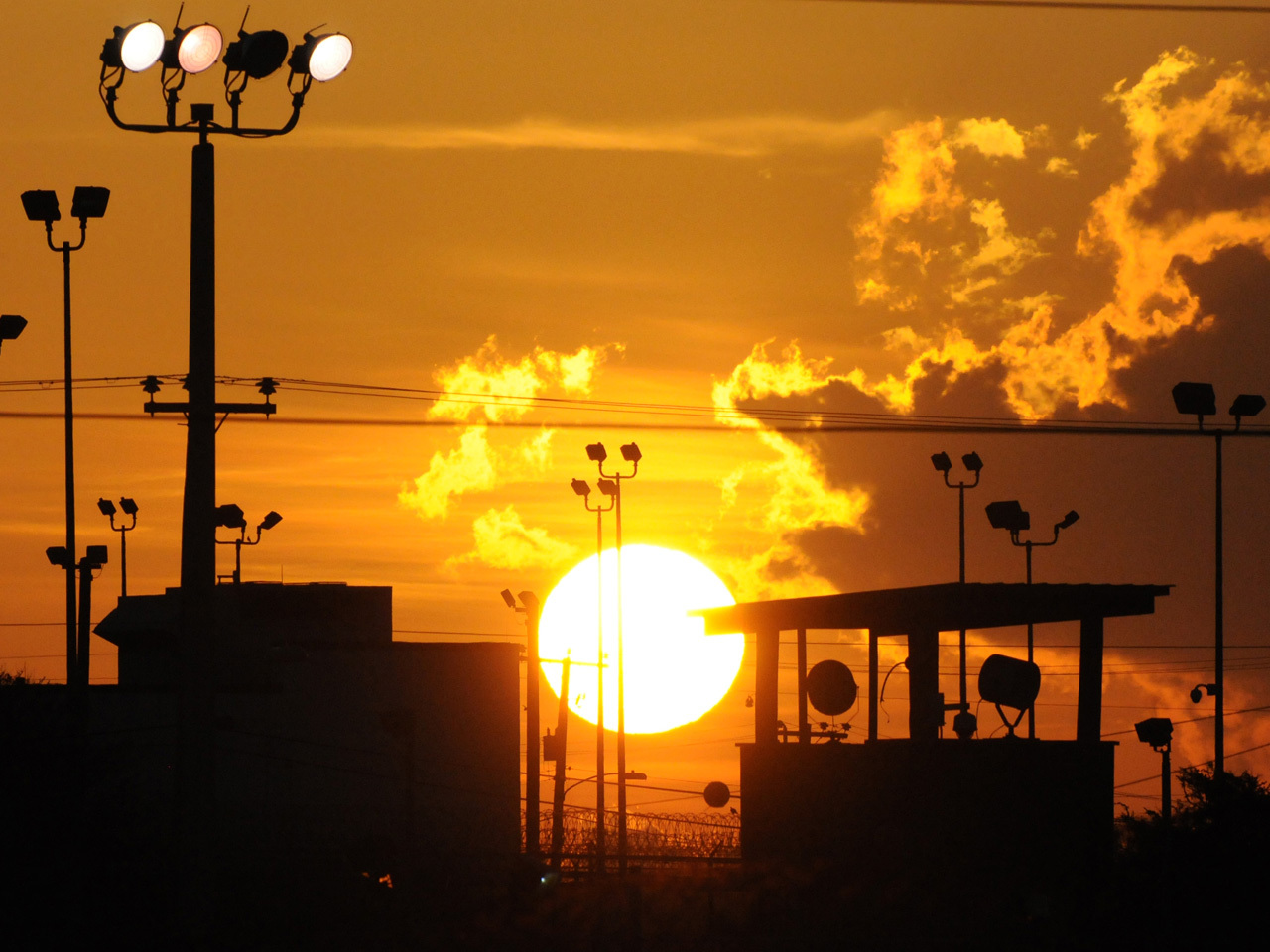 NEW YORK The U.S. military now counts 26 men detained in the prison at a Navy base in Guantanamo Bay, Cuba, as active hunger strikers, while one defense attorney described one of those meal-refusing detainees as "skin and bones."

Eight of the acknowledged hunger strikers have refused meals for so long and lost so much weight that the military is force-feeding them liquid nutrients through a tube down their nose. Two of those men receiving tube feedings are also hospitalized for rehydration and observation, said Capt. Robert Durand, a Navy spokesman at the base.

Carlos Warner, a federal public defender from Ohio who visited Guantanamo this week, said a detainee he represents, Fayiz Muhammad Ahmad Al-Kandari, from Kuwait, appeared to have lost 20 percent of his body weight due to a hunger strike that began six weeks ago.

"Fayiz could not stand yesterday. Today, he was a bit stronger and stood to greet me," Warner said. "He had sallow cheeks. His waist was shockingly thin. His waist looked like the waist of my six-year-old child. He was skin and bones. He was disoriented and exhausted both days."

Warner continued, "He refused honey I brought him. He drank only water during the meetings."

Al-Kandari, 36, has never been charged with a crime by the U.S.. He was sent to Guantanamo in May 2002, six months after his capture in Afghanistan. A secret 2008 military assessment, posted by WikiLeaks, described him as an al Qaeda member and propagandist who fought against U.S. forces at Tora Bora.

Since early February, according to their attorneys, a growing number of Guantanamo detainees have been refusing meals to protest their indefinite detention without charges and searches of their cells that they say resulted in confiscation of personal items and guards leafing through their Korans.

The military describes cell searches for contraband as routine and denies that guards touch Korans.

Although 71 detainees were transferred from Guantanamo to their home or third countries during President Obama's first two years in office, none have left in three years, even though a 2010 interagency task force, including representatives of the military and intelligence agencies, unanimously recommended 56 additional detainees for transfer.

Though the Obama administration issued an executive order two years ago to establish periodic review boards of detainees, to be overseen by the Defense, State, and Justice Departments, the boards have yet to be organized.

In a letter recently received by his attorneys, a hunger striking detainee known as Obaydullah, from Afghanistan, wrote, "I am in jail for almost 11 years, and still I do not know about my fate."

His appointed military defense counsel, Army Capt. Jason Wright, said he was "shocked" by Obaydullah's appearance two weeks ago and again when he returned to see him this week. The detainee, who is around 30 years old, told Wright his weight had dropped from 167 to 131 pounds after refusing meals for 45 days.

"He had clearly lost weight and was visibly distressed," Wright said. "I think this is a manifestation of sheer desperation and hopelessness."

Wright said Obaydullah was drinking water and tea but he was unsure if he was eating snacks. Wright said defense lawyers were hearing consistent stories about the cell shakedown, the flashpoint over Korans, and that many of the 130 detainees in Camp Six, where the most compliant men are housed in a communal living environment, are refusing to eat.

Other detainee attorneys expressed concern that permission for regularly-scheduled private charter flights to Guantanamo had been revoked by the base commanding officer, Captain J.R. Nettleton. Only one company, Florida-based IBC Airways, had been offering the flights two to three times a week.

Kelly Wirfel, a spokeswoman for Nettleton, said the flights were too frequent and cited a federal regulation that gives Nettleton discretion in approving or disapproving the landings.

"The base commanding officer was in no way trying to prevent or prohibit anyone from traveling to the base," Wirfel said, adding that groups wishing to charter a flight could seek permission on an occasional basis.

Attorneys, legal observers, journalists, and others are still able to visit Guantanamo, when cleared by the military, aboard weekly military charters from Andrews Air Force Base in Washington. The planes fly down on Monday and return on Friday. Capt. Durand said Monday's military flight was scheduled as usual.

Pardiss Karabei, an attorney for the Center of Constitutional Rights, which has represented detainees since soon after Guantanamo opened, said the limited flight schedule meant an attorney had to be able to take off a whole week in order to meet with a client. Approval to be on the trips must be requested 20 days in advance, she said, while phone calls with detainees typically must be arranged 15 days in advance.

"These are impediments that have definitely made it harder to provide effective representation and build trust," Karabei said. "The flight situation as it stands introduces a new level of difficulty."

There are still 166 men from foreign countries detained at Guantanamo.

This week, the military submitted a request to the House Armed Services Committee for up to $170 million to build new facilities at Guantanamo, including $56 million for hurricane-proof troop barracks and $52 million in new housing for "high value detainees."