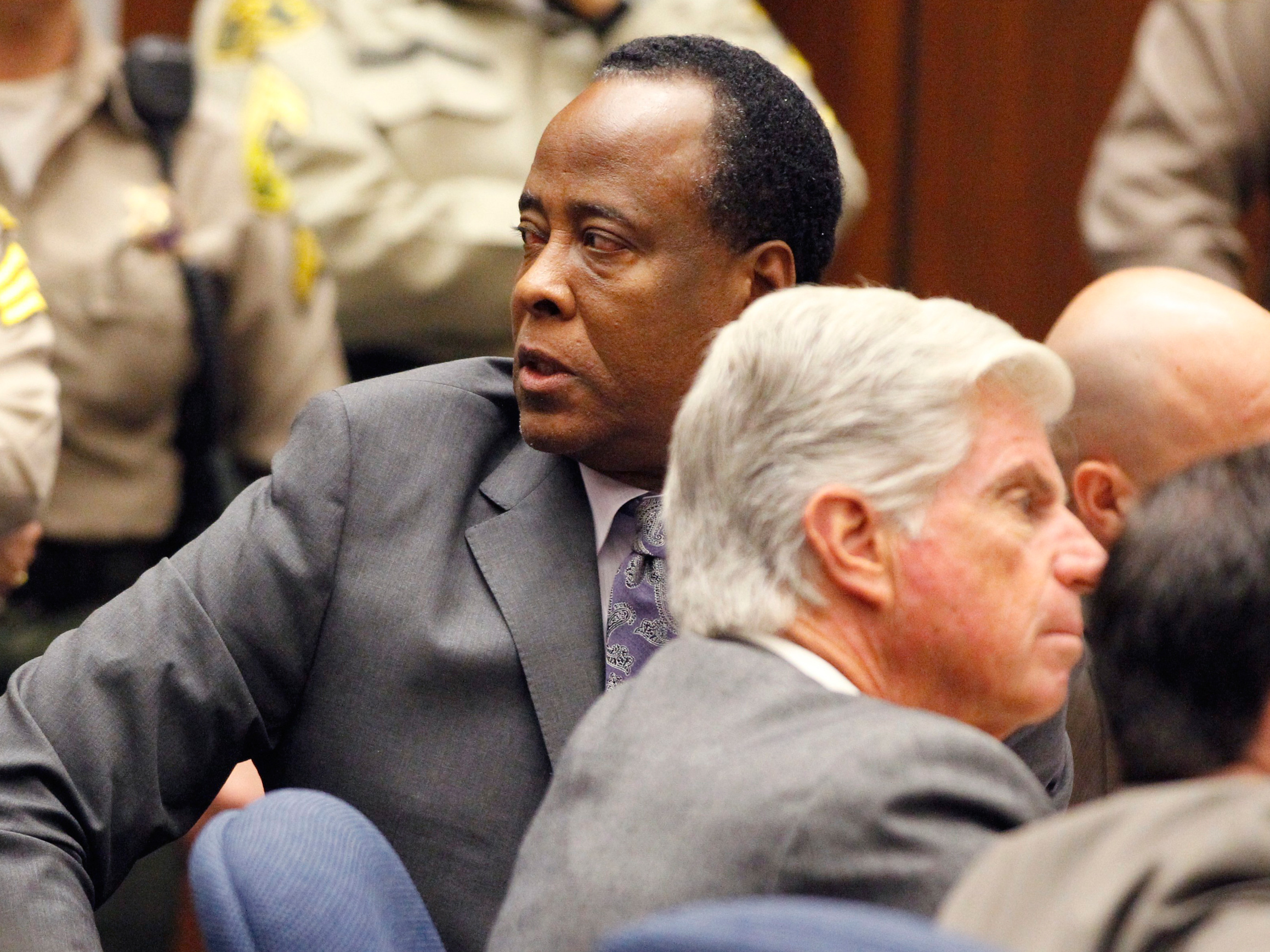 Although officers are still trying to determine the details of Murray's incarceration, under California state law nonviolent felons serve only 50 percent of their sentences due to over-crowding, sheriff's spokesman Steve Whitmore told The Times.

Murray will also serve out his sentence in a county jail rather than a state prison. Under a new state policy, those convicted of certain non-violent crimes, including involuntary manslaughter, are not required to serve their time in prison.

On Tuesday, Murray received the maximum sentence of four years behind bars after being convicted of involuntary manslaughter in the death of Michael Jackson earlier this month. The six-week trial presented the most detailed account yet of Jackson's final hours, and how the 58-year-old cardiologist administered the powerful anesthetic propofol to treat the superstar's chronic insomnia.

Superior Court Judge Michael Pastor chastised Murray during the sentencing hearing for a "horrific violation of trust" in caring for the pop star. He called the heavy use of propofol "medicine madness."

Several members of Jackson's family, including his mother Katherine and siblings LaToya, Jermaine, Randy and Rebbie, attended the proceedings. Before the sentencing, attorney Brian Panish read a statement on behalf of the Jackson family.

Prosecutors had asked that Judge Michael Pastor sentence Murray to the maximum four-year term, while defense attorneys wanted probation for the cardiologist, saying he will lose his ability to practice medicine and likely face a lifetime of ostracism.

In their sentencing memorandum, prosecutors cited Murray's own statements to push for him to receive the maximum term. They also want him to pay restitution to the singer's three children - Prince, Paris and Blanket. It's unlikely that Murray can pay any sizable sum, including the $1.8 million cost of Jackson's funeral. He was deeply in debt when he agreed to serve as Jackson's personal physician for $150,000 a month and the singer died before Murray received any payment.