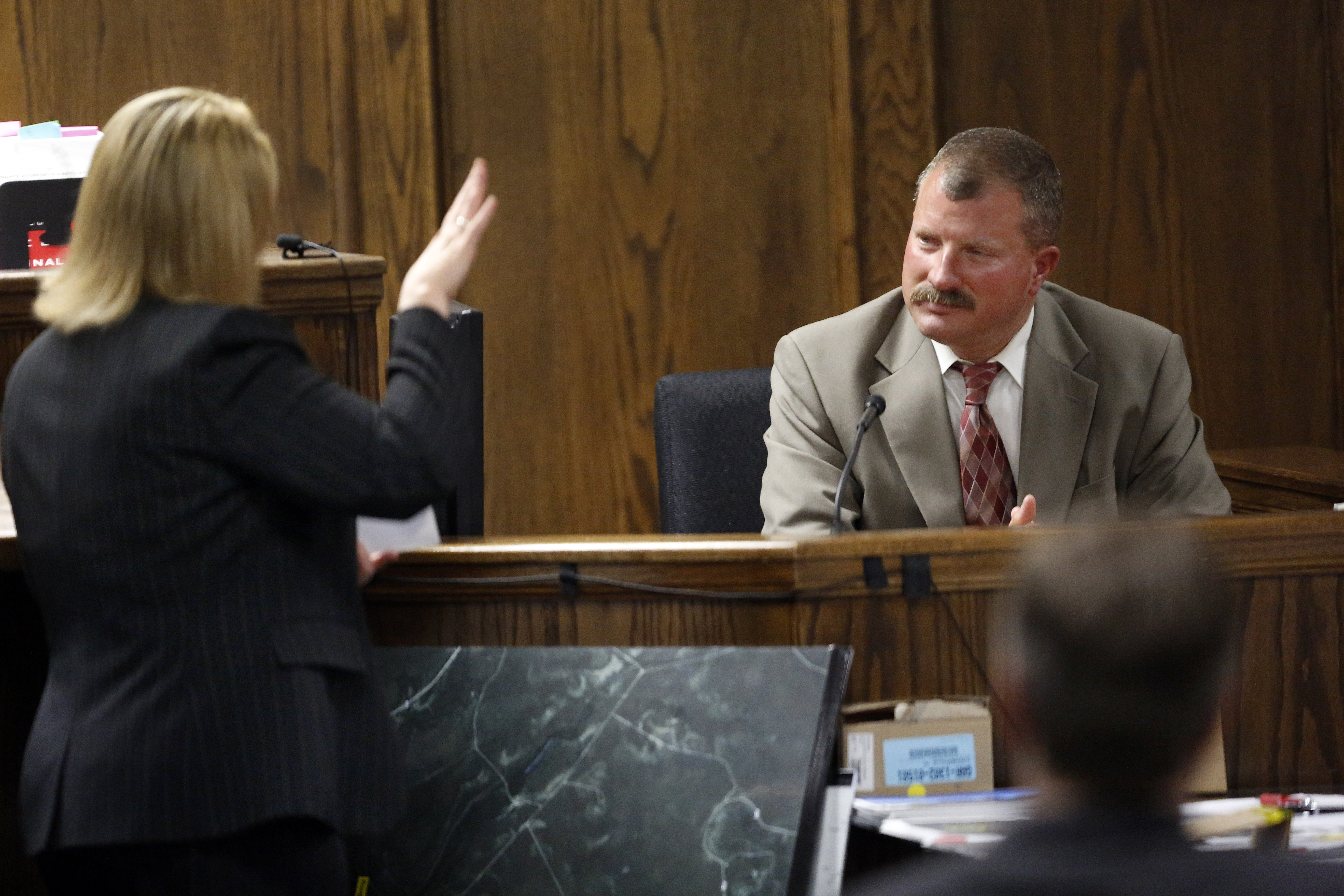 STEPHENVILLE, Texas - A police officer told a Texas jury on Thursday that a former Marine charged with killing two men, including "American Sniper" author Chris Kyle, said he had "taken a couple of souls" and had more to take.

A police video displayed for the jury showed police in Lancaster, near Dallas, trying to coax Eddie Ray Routh from a pickup in the hours after Kyle, a famed Navy SEAL, and his friend Chad Littlefield were found dead at a shooting range in February 2013.

Officers in the video are seen trying to talk Routh into surrendering as he makes comments such as, "Anarchy has been killing the world."

"He told us he'd taken a couple of souls and he had more souls to take," Lancaster police Lt. Michael Smith testified Thursday.

Defense attorneys have said Routh, 27, was insane when Kyle and Littlefield took him to a shooting range to provide support and camaraderie. Routh, who met the men for the first time that day, believed they planned to kill him, his attorneys say.

The case has drawn intense interest, largely because of Kyle's memoir, "American Sniper," about serving four tours in Iraq. The Oscar-nominated film based on the book has grossed nearly $300 million.

Prosecutors argue that Routh should have known what he was doing even if he suffered post-traumatic stress disorder.

"Mental illnesses, even the ones that this defendant may or may not have, don't deprive people from the ability to be good citizens, to know right from wrong," prosecutor Alan Nash said in opening statements Wednesday.

But defense attorneys believe Routh's mental state was so deficient it affected his judgement.

"Chris Kyle was sitting in the driver's seat on his cell phone and he texts Chad Littlefield, who is sitting right next to him. He texts him 'this dude is straight up nuts,'" attorney Tim Moore said in his opening statement, arguing that when Routh "took their lives he was in the grip of a psychosis."

Kyle's widow, Taya also testified Wednesday, saying that her husband was only trying to help out a fellow veteran when he took Routh to the gun range.

"He thought he was doing a good thing," she said.

Nash said that on the morning before the shooting, Routh drank whiskey and smoked marijuana -- including "wet," which often refers to a marijuana joint dipped in formaldehyde.

If convicted of the double murder, Routh faces life in prison with no possibility of parole.