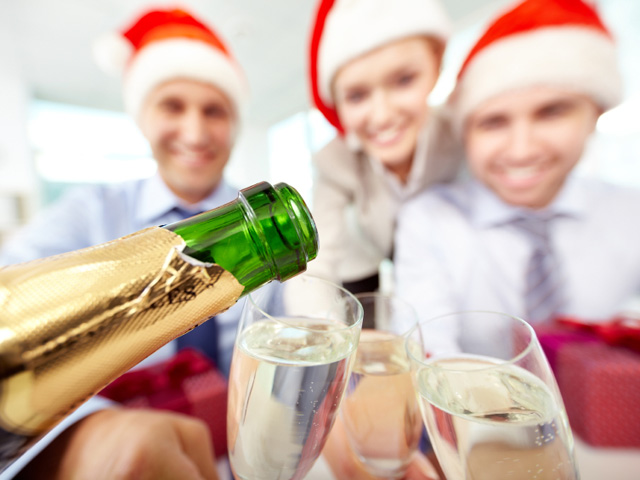 It's that time of year -- office holiday parties are around the corner. Whether yours is usually a casual happy hour affair at the local bar or a swank restaurant soiree drenched in bubbly, you can probably remember some awkward moments. Somebody always has too much vino, says something inappropriate or dances a little too closely with a fellow co-worker.

Some of these stories are more worthy of telling time and again, but others are forgotten before the new year begins. Here are three that I think make the worthy-of-repeating list. Got a better one? Add it to the comments section so we can all enjoy it.

"I worked at a great advertising agency in Rochester, New York called Rumrill-Hoyt. On good years we had extravagant holiday parties [but] the very best party came during a lean year. A down-trodden looking Santa was working the crowd, handing out drink chits. 'Alvin and the Three Chipmunks,' supplied by a clueless DJ, were discouraging the dancers. Without warning, the Santa, resplendent with handmade tattoos, stripped to a dirty jock strap, leapt onto a table and began bumping and grinding to the tunes coming out of a tiny tape recorder near his feet. [We] were slack-jawed and the room fell silent. The morning after the Santa show, [my boss] called all of the usual suspects into his office. None confessed to the crime of tastelessness. Turns out some newly hired, low-level assistant got stuck with planning the not very grand party, and when the party house manager offered to throw in a "naked Santa" for $50, it seemed like a good idea. Friends and I still talk about the naked Santa. A truly genuine surprise [is] the best gift of all." --Laurie Mercer

The 'Let's Get Too-Personal' Party

"Last year, the marketing team at my company decided to have our own holiday get together. So, we each brought some wine and an appetizer to my boss' lakefront high-rise condo in Chicago and proceeded to get our holiday cheer on. Soon, our resident party boy on the team invented a game where we all go around and say at what age we lost our virginity. Until recently, the most I'd discussed about my personal life with these people was how I was decorating my apartment - now I'm divulging when I lost my virginity? Since he started with gusto, it ended up picking up and we sure did complete this 'team-building exercise,' believe it or not." -- Emily Belden

"One member of our staff managed to get so drunk he passed out in a janitor's closet at the hotel we were [celebrating] at. He was discovered the next morning by a worker who actually thought he was dead. The [office] reaction was of course horror followed by relief that he wasn't actually deceased. I wasn't there when he was discovered, but word spread pretty quickly afterward. While the employee remained with the company for years afterward, the incident haunted him pretty much forever. Fortunately he was able to brush it off and treat it as the poorly thought-out mistake that it was. As an aside, the company canceled its corporate retreats shortly after this happened. While monetary issues were cited, you never know if this played a part...." --Christopher Null

Got a better office party tale? Share it below and spread the holiday cheer (or at least, laughs).

I have a job offer -- do I tell other companies?
Amy Levin-Epstein