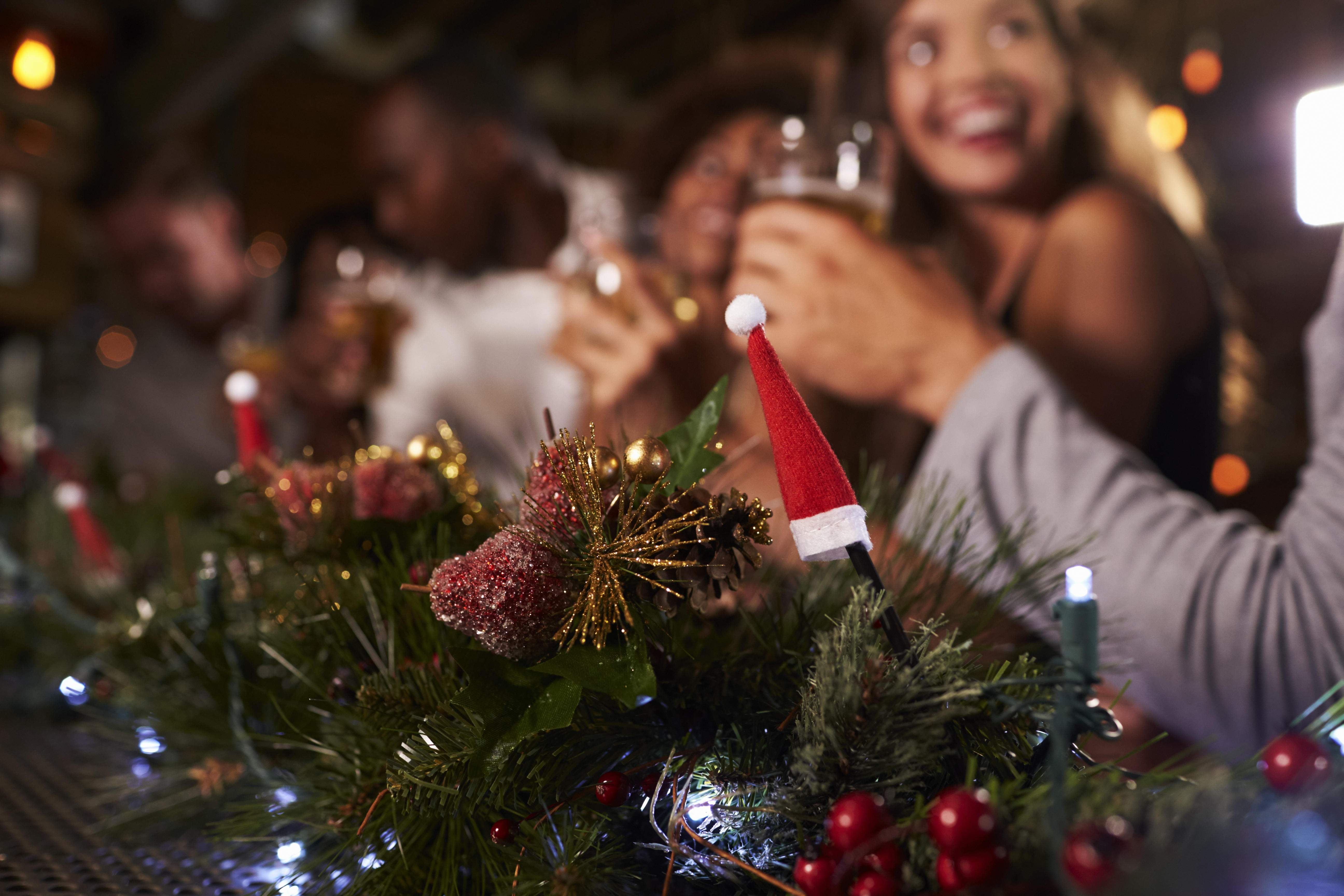 NEW YORK -- With a series of high-profile workplace sex scandals on their minds, employers are making sure their holiday office parties don't become part of the problem.

There will be less alcohol at many. An independent business organization has renewed its annual warning not to hang mistletoe. And some will have party monitors, keeping an eye out for inappropriate behavior.

TV and movies often depict office parties as wildly inappropriate bacchanals or excruciatingly awkward fiascoes, if not, horrifyingly, both. But even a regular office party can be complicated because the rules people normally observe at work don't quite apply, which makes it easier for people to accidentally cross a line -- or try to get away with serious misbehavior. Especially when too much drinking is involved.

According to a survey by Chicago-based consulting company Challenger, Gray & Christmas, only 49 percent of companies plan to serve alcohol at their holiday events. Last year that number was 62 percent, the highest number in the decade the firm has run its survey. The number had been going up each year as the economy improved.

"As soon as you introduce alcohol at an off-site activity, peoples' guards are dropped," said Ed Yost, manager of employee relations and development for the Society for Human Resource Management based in Alexandria, Virginia. "It's presumed to be a less formal, more social environment. Some people will drink more than they typically would on a Friday night or a Saturday because it's an open bar or a free cocktail hour."

The Huffington Post reported Friday that Vox Media, which runs sites including Vox and Recode, won't have an open bar this year at its holiday party and will instead give employees two tickets they can redeem for drinks. It will also have more food than in years past. The company recently fired its editorial director, Lockhart Steele, after a former employee made allegations of sexual harassment against him.

"This year, at the request of many of you, we will ramp up the food and cut down on the drinks. There will be more passed hors d'oeuvres to keep everyone well-fed," an email to Vox staffers reportedly read. "We recognize that even though alcohol isn't always the reason for unprofessional behavior, creating an environment that encourages overconsumption certainly contributes to it."

A survey by Bloomberg Law said those kinds of safeguards are common: while most companies ask bartenders or security or even some employees to keep an eye on how much partygoers are drinking, others limit the number of free drinks or the time they're available. A small minority have cash bars instead of an open bar.

The National Federation of Independent Businesses recommends all of those steps, and adds another that might seem obvious these days: don't hang mistletoe. It's been giving those suggestions for several years.

Yost said he always gets a lot of requests for advice in planning and managing these events, but he's getting even more of them this year. He said he'll be spending his corporate holiday party the way he always does: patrolling hallways, checking secluded areas and trying to watch for people who look like they are stuck in an uncomfortable situation — for example, inappropriate touching or a conversation that's taken a bad turn. If they're visibly uncomfortable, he'll intervene and plan a later conversation with the person responsible.

The Challenger, Gray & Christmas survey shows that about 80 percent of companies will have a holiday party, the same as last year.

Last year, more than 42 percent of the companies surveyed planned to allow spouses or other family members to attend, up from 31 percent the year before. But hat trend seems to be on the wane, with fewer than 38 percent of companies inviting employees' partners this year.

Not everyone is planning changes this season.

Anthony Vitiello, the marketing director for software company UltraShipTMS, said he planned his company's event and didn't rethink it. For the last few years the firm's has marked the holiday with drinks and passed hors d'oeuvres in the wine cellar of a local restaurant. Vitiello thinks the formal setting makes the event calmer.

"We haven't had any incidents, not a single one I can recall, where anyone got loud or over-consumed," he said. He added that many of the Fair Lawn, New Jersey, company's 25 employees go out for drinks once a month, and he's not aware of any cases of misconduct.

Yost said he's not making changes to his group's event either. He added that companies concerned about sexual misconduct need to look further than the holiday party.

"While there are additional complications that are associated with a holiday event, that's one day a year," he said.