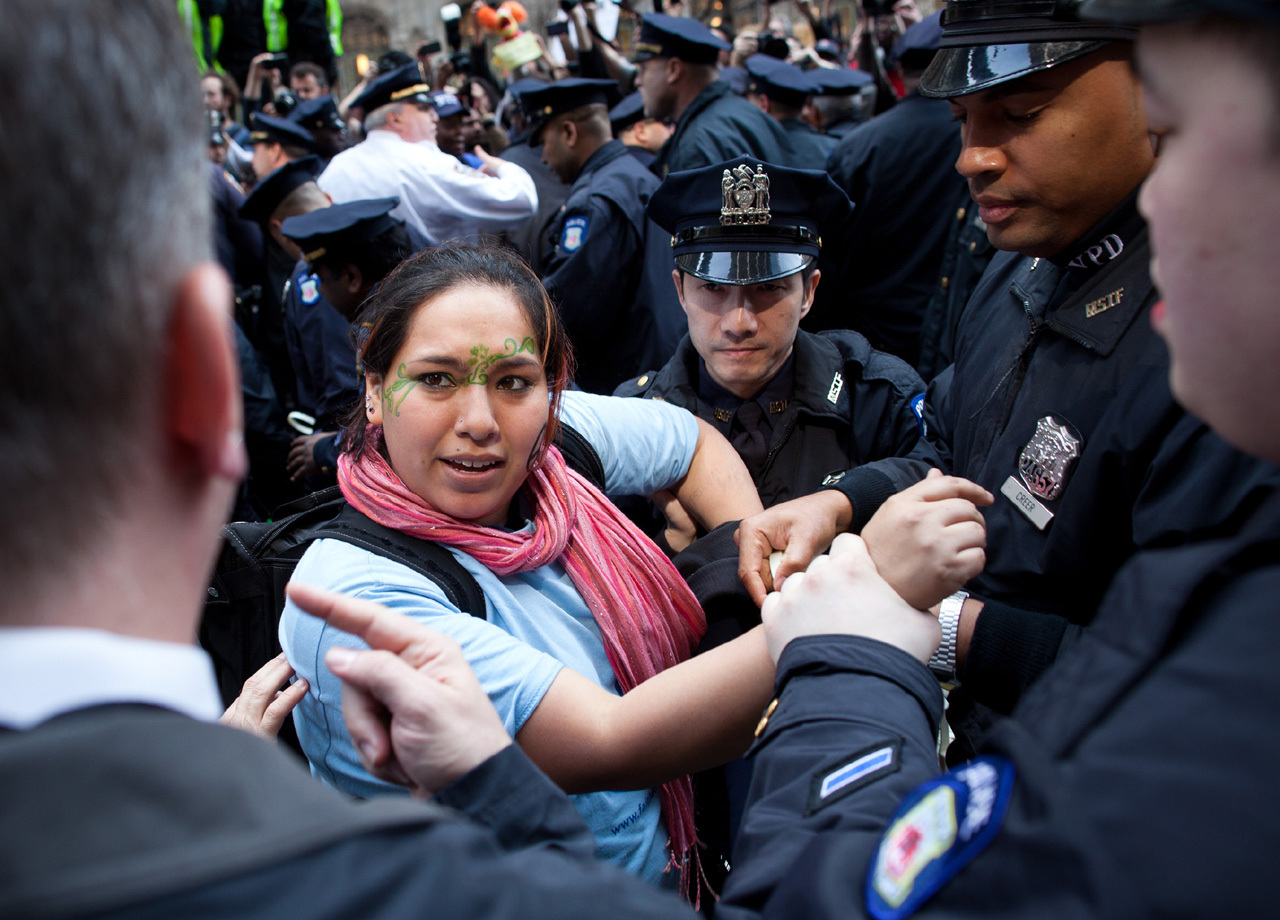 (AP) NEW YORK - Occupy Wall Street activists are calling for supporters to skip work on May 1 to protest what they are calling police brutality during 73 arrests in New York during the weekend.

Protesters and members of New York's City Council held a news conference on Monday to complain about police tactics. On Saturday, police forced hundreds of activists out of Zuccotti Park while they were marking the sixth month of the movement.

For the one-day strike in May, Occupy supporters across the country are encouraging supporters to stay out of work and school, and to refrain from spending money. In New York, a coalition of unions and worker justice groups plan to march through the city.

Mayor Michael Bloomberg says police were respectful of people's rights during the arrests.