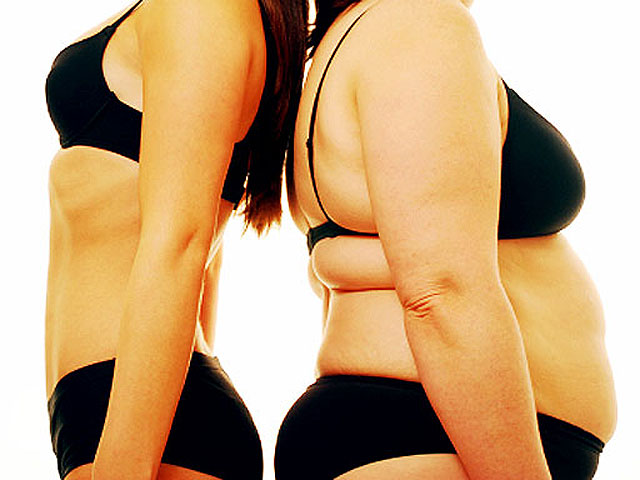 CHICAGO Teens who are seeking weight loss surgery may have similar problems to adults looking to have the same procedure done.

A government funded study revealed that half the teens had at least four major illnesses linked with their excess weight. Three out of four had cholesterol problems; almost half had high blood pressure or joint pain; and many had diseased livers or kidneys.

These kids weighed three times more than what is considered healthy, they weren't just teens "who want to fit into that cheerleading outfit better," said Dr. Thomas Inge, the study's lead researcher and a surgeon at Cincinnati Children's Hospital Medical Center.

The study offers reassuring evidence that obesity surgery is generally safe for teens, echoing previous short-term research. While it is a drastic, last-ditch option, major complications including accidental injury to internal organs occurred in just 8 percent of teens. Less serious complications including bleeding and dehydration affected 15 percent of kids during the first month after surgery.

Childhood obesity affects about 17 percent of children under the age of 18, the Centers for Disease Control and Prevention reports. It's three times the amount of children than seen three decades ago.

The American Medical Association voted in June to declare obesity a disease. They hoped it would aid in how the medical community addressed the weight issues.

"Recognizing obesity as a disease will help change the way the medical community tackles this complex issue that affects approximately one in three Americans," Dr. Patrice Harris of the AMA said in a statement at that time. "The AMA is committed to improving health outcomes and is working to reduce the incidence of cardiovascular disease and Type 2 diabetes, which are often linked to obesity."

The study involved 242 teens who had surgery at five U.S. centers from 2007 through 2011. Results for the first month after surgery were released online Monday in the journal JAMA Pediatrics. The National Institutes of Health paid for the study.

In a recent scientific statement, the American Heart Association said obesity surgery may be the most effective treatment for what it called "severe obesity" in teens, a condition it said affects about 5 percent of U.S. children and is increasing nationwide. The group's threshold for severe obesity is a body mass index -- a ratio between height and weight -- of at least 35; the average BMI in the study was 51.

Because lifestyle changes and medication rarely work for such obese teens, the statement says obesity surgery should be considered for those with related health problems who are psychologically mature enough to handle it.

The new results bolster evidence from smaller studies in teens and also suggest teens may do better, at least initially, than adults. Earlier 30-day research in adults found a few deaths after obesity surgery, although the risk was no greater than for other major operations. There were no deaths in the teen study.

A three-year follow-up report on more than 2,000 patients in the adult study was also published online Monday in the Journal of the American Medical Association. It showed adults generally had fewer obesity-related illnesses than in the teen study, and most weight loss occurred within the first year after surgery. Gastric bypass surgery, the most common operation in the U.S., resulted in more weight loss and more improvement in related illnesses than stomach banding, as other studies have shown. Three-year death rates were low, and similar for both procedures, but band patients had many more repeat surgeries.

In the teen study, whether obesity surgery resulted in lasting weight loss and better health remains to be seen; the researchers are still following the participants and calculating data.

But anecdotal reports from the teens suggest they're doing pretty well.

Chelsea Hale of Cincinnati has shrunk from 314 to 170 pounds - almost half her previous size - since having surgery three years ago at age 17 at Cincinnati Children's. Before surgery, Hale had a hormonal problem, heart blockage and sleep apnea - all linked with obesity and all have since subsided.

"I feel good, I can pretty much physically do anything," said Hale, now in nursing school.

Like 28 percent of the teens studied, she had gastric sleeve surgery, which involves removing part of the stomach and creating a smaller tube or sleeve-shaped stomach. She has to be careful about eating only small portions of foods, to avoid getting sick, but said otherwise she has no food restrictions.

Some teens in the study say they can no longer tolerate certain foods, including sugar, meat or dairy products.

Most teens had gastric bypass or stomach stapling, which creates a small pouch in the stomach and attaches it to the intestines. A handful had gastric band operations, in which surgeons position an adjustable band around the top of the stomach, and inflate it to shrink the stomach. This operation has not been approved for U.S. teens.

Inge, a pioneer in obesity surgery in teens, says he does about 30 to 40 operations each year at Cincinnati Children's and the numbers have increased slightly in recent years.

Kids must be severely obese to qualify. But many are so large that even when surgery results in substantial weight loss and better health, they can't shrink their BMI to below the obese range, Inge said. That underscores the need to find ways to prevent severe obesity, he said.

University of Colorado heart specialist Dr. Robert Eckel, an American Heart Association spokesman, said the study shows obesity surgery should be considered a reasonable approach for kids, but that the study results may represent a best-case scenario, since surgeons involved were all highly experienced.

Parents seeking obesity surgery for their teens should have them evaluated in centers that do lots of these operations, he said.