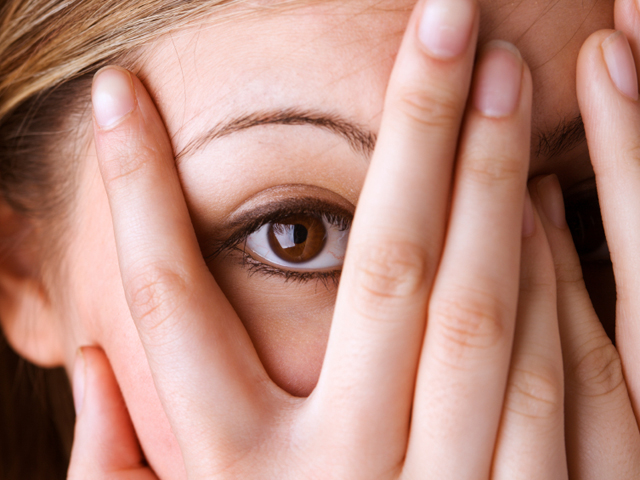 Puberty's physical changes often occur in girls who are between 10 and 14 years old, but the obesity epidemic may be kicking off the maturity process earlier, according to new research.

Researchers at Cincinnati Children's Hospital Medical Center looked at more than 1,000 young girls, and frequently found many had exhibited signs of puberty by only 9 years of age.

The study's authors say the results suggest it may be time to change the definition of puberty, warning starting puberty "early" or "late" is linked to psychological and other health risks in adolescents.

"The current study suggests clinicians may need to redefine the ages for both early and late maturation in girls," lead researcher Dr. Frank Biro, director of research for adolescent and transition medicine at Cincinnati Children's, said in a statement.

Girls who enter puberty early face added risks for depression, low self-esteem and are more likely to be influenced by older peers into engaging in risky behaviors including sexual intercourse, substance abuse, and other norm-breaking behaviors compared to other females in their age groups.

For the study, researchers recruited about 1,240 girls between the ages of 6 and 8 from the Cincinnati, New York City and San Francisco areas. They were tracked between 2004 and 2011, with researchers measuring their breast development using the established five-stage Tanner scale. Breast Stage 1 is no development, Stage 2 reflects formation of breast buds, while Stage 5 is the final, mature adult stage).

The first visible evidence of puberty in girls is the development of breast buds, according to the American Academy of Pediatrics, which are nickel-sized lumps under the nipple.

Each girl had multiple checkups over the years, and the researchers found variations in the start of puberty were correlated to the child's body mass index (BMI), a ratio of height and weight used to determine whether someone is overweight or obese.

About 17 percent of U.S. children and teens are obese, according to federal statistics -- about a tripling of rates since the 1980s.

"The obesity epidemic appears to be a prime driver in the decrease in age at onset of breast development in contemporary girls," wrote the researchers in the Nov. 4 issue of Pediatrics.

In the U.S., black girls typically enter puberty a year before white girls and have nearly a year's head start when it comes to menstruation, for reasons unknown. This effect is not usually seen in boys of those races.

"Because early puberty and menarche are associated with many detrimental health and psychosocial issues, we must not accept this premature development as the 'new normal,'" Dr. Marcia. E. Herman-Giddens, a maternal and child health researcher at the Gillings School of Global Public Health at the University of North Carolina at Chapel Hill, wrote in an editorial published in the same journal issue.

She had previously authored a study a year earlier that found signs that U.S. boys reached puberty about two years earlier than what was considered typical.

"Fortunately, we have moved beyond controversy about the data and are responding to the wake- up call," she wrote.