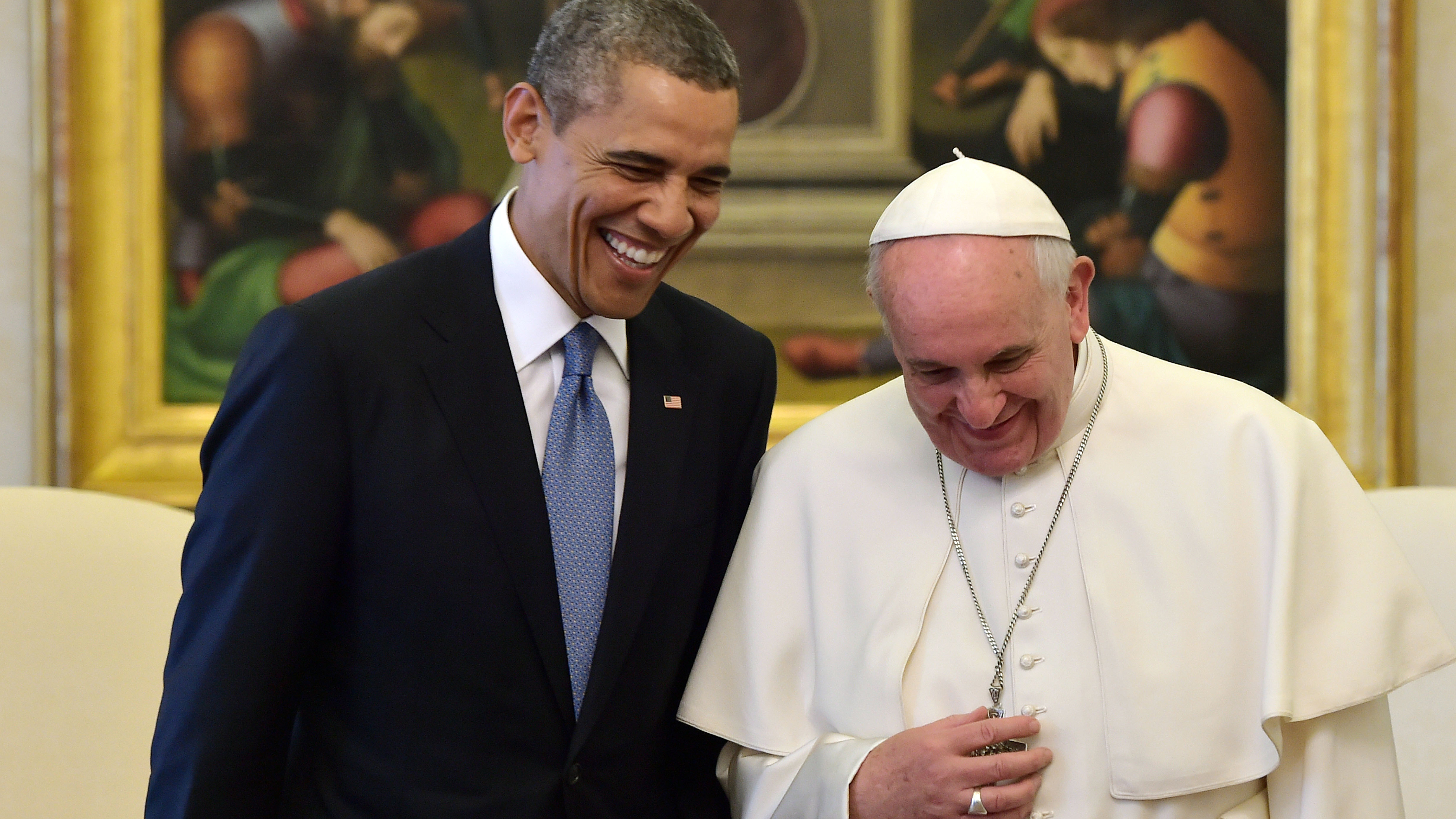 WASHINGTON -- President Obama and first lady Michelle Obama will lead the welcoming committee for Pope Francis when he arrives in Washington for a historic visit later this month.

The White House says the Obamas will make the rare trip to Andrews Air Force Base in Maryland, just outside Washington, on Sept. 22 to formally welcome Francis on his first U.S. visit. While Mr. Obama travels to the military base on a regular basis for his out-of-town trips, such as Wednesday's to Michigan, he hardly ever goes there to welcome a visiting dignitary.

An exception came last year when Mr. Obama met French President Francois Hollande at Andrews. The two then immediately flew to Charlottesville, Virginia, for a visit.

When Pope Benedict XVI visited in 2008, then-President George W. Bush and his wife, Laura, greeted him at Andrews.

Francis is scheduled to arrive in Washington after stops in Cuba.

In the U.S., Francis will meet privately with Obama, becoming just the third pope to ever visit the White House.

On Sept. 24, he heads to the Capitol to become the first pontiff to address a joint meeting of Congress.

Francis will also stop in New York City and Philadelphia before returning to the Vatican.