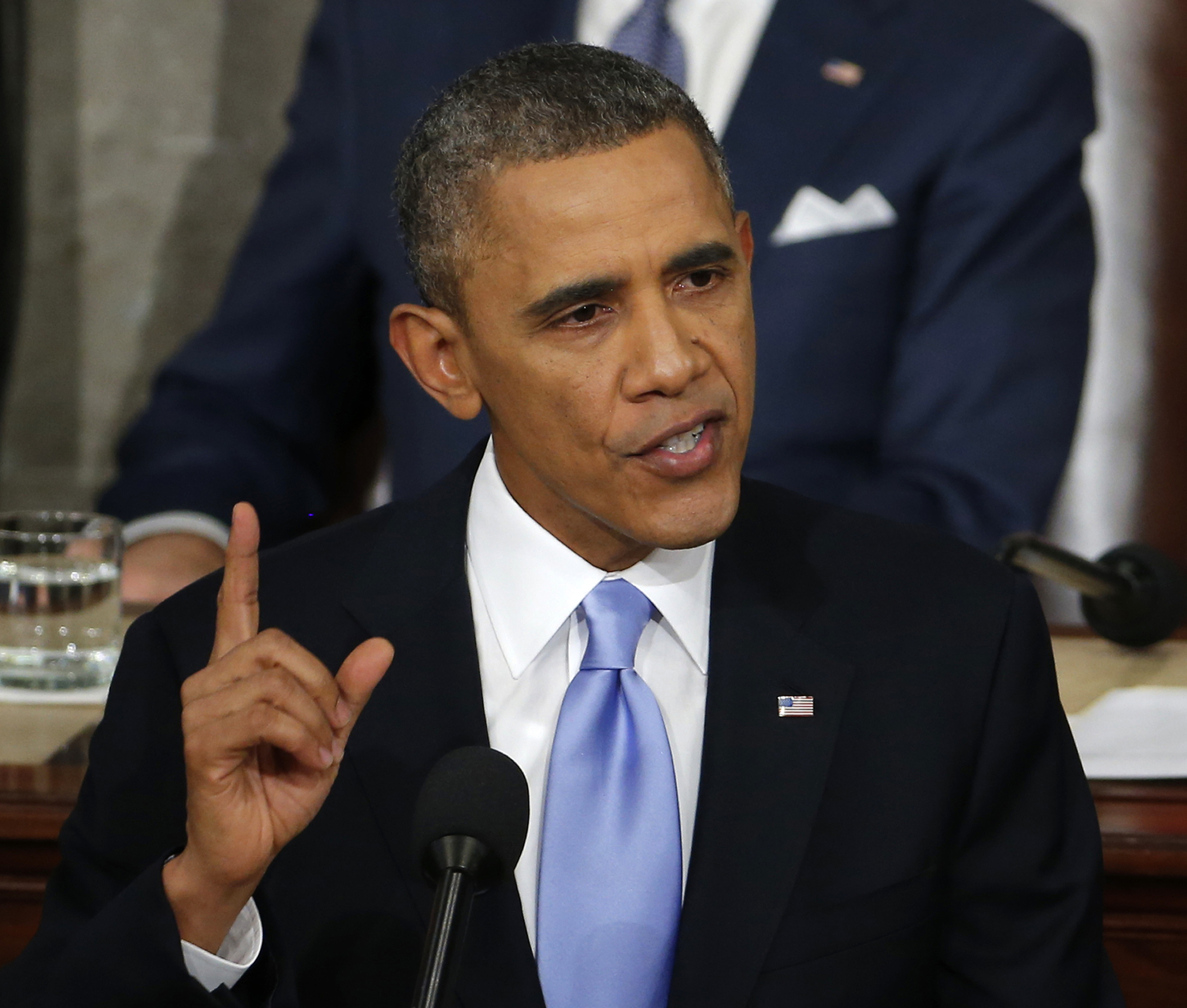 As President Obama made it clear during his State of the Union address Tuesday night, the American Dream has suffered a serious setback in recent years.

Although the broader U.S. economy is recovering from the recession, with record corporate profits and a bullish stock market, "Average wages have barely budged,” the president noted. “Inequality has deepened. Upward mobility has stalled. The cold, hard fact is that even in the midst of recovery, too many Americans are working more than ever just to get by – let alone get ahead. And too many still aren’t working at all.

And while Obama called for more action to reverse the current trends and bring “build new ladders of opportunty” for America's middle class, some experts wonder if those ladders can ever have the necessary reach needed.

An annual “national report card” recently issued by the nonpartisan Stanford Center on Poverty and Inequality finds little to celebrate.

“The country's economy and labor market remain in deep disrepair,” it states, noting that various important “post-market institutions” -- education, healthcare and the programs making up the societal safety net -- are struggling to cope with the enfeebled economy.

The CPI report offers a string of discouraging facts. Looking at the overall labor market, it notes that in late 2013, the number of all 25-to-54-year olds who held jobs was 5 percent lower than in December 2007. The clear implication: While the Great Recession may have ended several years ago, the economy is still not producing enough jobs.

At the same time, according to the report, the nation's official poverty rate increased from 12.5 percent in 2007 to 15 percent in 2012, the share of America's children who live in poverty rising from 18 percent to nearly 22 percent during that same time period.

As bad as those figures sound, the CPI says they would have been worse if “the effects of the labor market downturn had not been countered with aggressive safety net programs.”

This month marked the 50th anniversary of President Lyndon Johnson's declaring the start of a "war on poverty" during his 1964 State of the Union address. Many of the programs that began under Johnson, including food stamps, the early education Head Start program, Upward Bound for high school students considering college, as well as the Jobs Corps, have had a lasting and – some experts say – beneficial impact.

“Over this period, the safety net became much more effective at fighting poverty,” said Robert Greenstein, a public policy expert who's also founder and President of the Center on Budget and Policy Priorities, in testimony on Tuesday before a House Budget Committee.

“While it reduced the number of people who were poor by only 4 percent in 1967,” he added, “by 2012 it lifted out of poverty 44 percent of those who would otherwise be poor.”

And there are other trends that Greenstein points to that have helped to push poverty levels down in the past half-century: the growing number of Americans finishing high school and going to college, smaller families and more women working outside of the home.

But rising earnings inequality and an uncertain job market continue to weigh down a majority of American workers, he said. And while both sides of the political dialogue may not agree on whether America won or lost the war on poverty, “I think we all agree that today poverty is too high, children born to low-income families face a more difficult path to economic success, and we want to see more people succeed in the labor market,” Greenstein told the lawmakers.

“What’s heartening is that among both progressive and conservative analysts,” he noted, “there is some consensus on steps we could take to make progress in addressing these issues.”