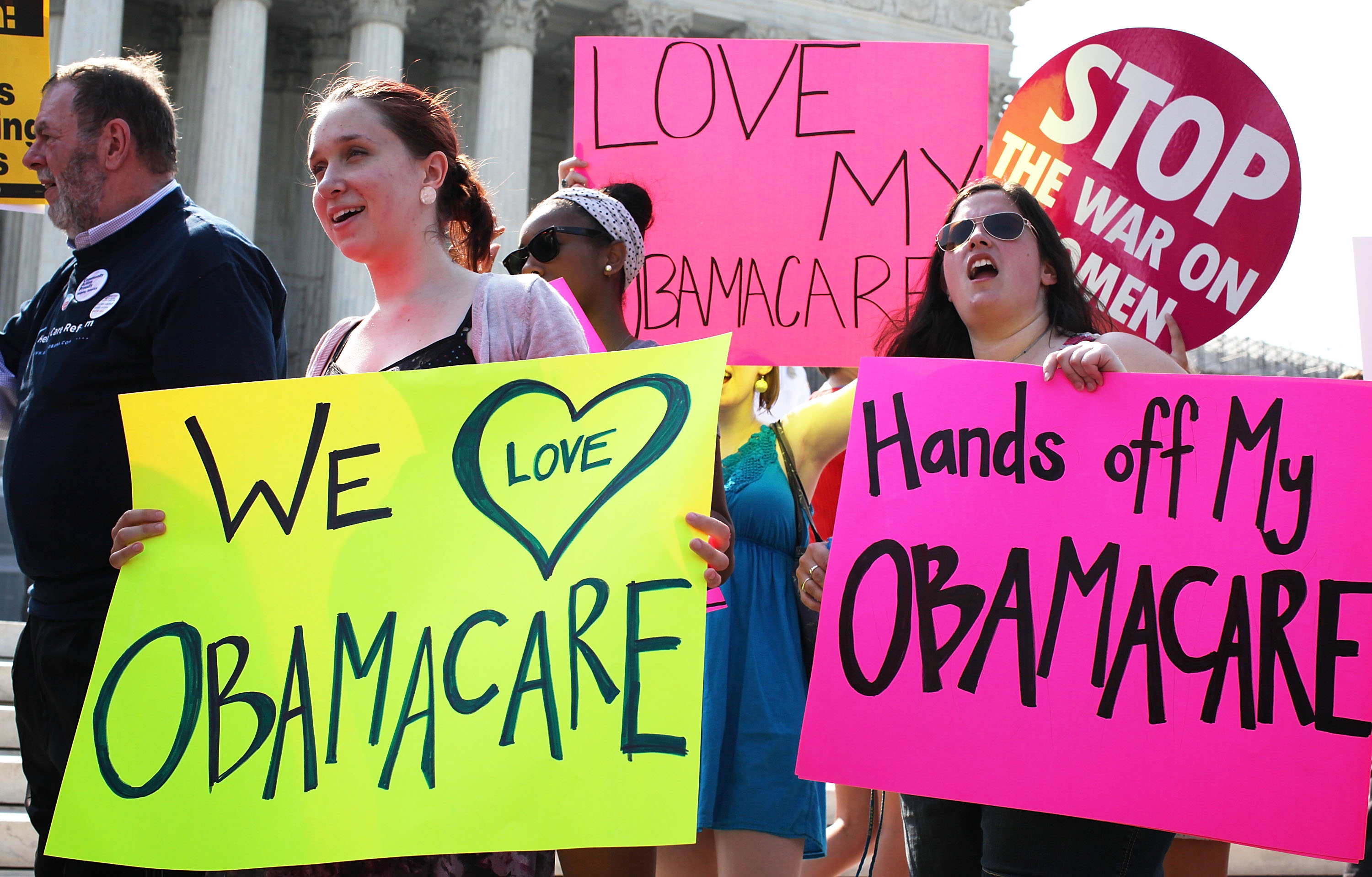 "The truth is Americans are already seeing the benefits," the ad says. "Better coverage at lower costs."

The ad, which features three individuals positively affected by the health care law, references Obamacare rather than its official title, the Affordable Care Act. Though opponents of the health care law initially used the term Obamacare as a pejorative as they railed against the law, Mr. Obama decided to adopt the slang during his reelection campaign saying that he doesn't have a problem with it because "I do care."

Under Obamacare, young adults can stay on their parents' health insurance until age 26, preventative care is free with private insurance and insurance companies cannot deny coverage to children with preexisting conditions - which for adults begins in 2014 along with several other provisions.

Meanwhile, the non-profit group Enroll America will travel nationwide starting this week in an effort to sign up uninsured citizens for coverage to minimize the "enrollment gap" between those who struggle to sign up and those who had insurance before the law, according to the group's website.