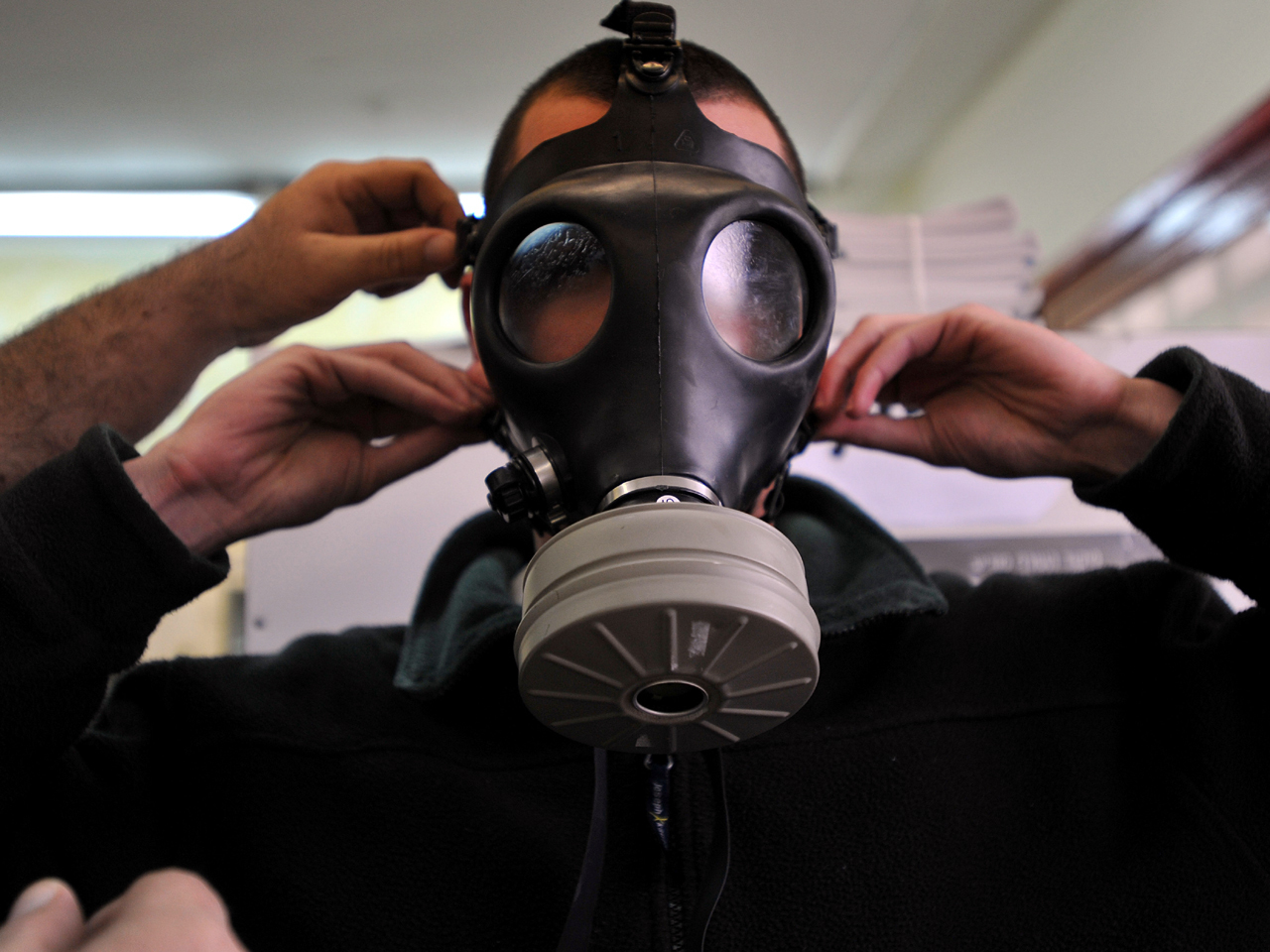 Both officials spoke on the condition of anonymity, although President Obama spoke publicly about the possibility of chemical weapons in a speech at National Defense University Monday.

The use of chemical weapons is "totally unacceptable" and "if you make mistake of using -- there will be consequences and you will be held accountable," the president said.

An official told CBS News national security correspondent David Martin earlier Monday that there are indications Assad's regime has issued orders to combine the necessary ingredients to make the material, which are usually stored separately.

"There is concern Syria is making chemical weapons material ready for use," a senior U.S. official separately told Martin.

The two officials spoke after reports surfaced that U.S. and allied intelligence have detected Syrian movement of chemical weapons components in recent days.

Carney voiced increased concern at the White House about Syria's chemical weapons stockpiles and that Assad's "increasingly beleaguered regime" might be considering using those weapons against Syrians.

"We believe that with the regime's grip on power loosening, with its failure to put down the opposition through conventional means, we have an increased concern about the possibility of the regime taking the desperate act of using its chemical weapons," Carney said.

Syria has been careful never to confirm that it has any chemical weapons.

Also Monday, the United Nations ordered its non-essential international staff to leave Syria because of an increase in security threats around its capital of Damascus. As many as 25 of its 100 workers could be pulled from the country this week, according to a U.N. statement.

In the Czech Republic capital, Clinton wouldn't comment on the reports of recent activity, nor would she give any hints as to what action the U.S. might take if that "red line" was crossed, CBS News correspondent Margaret Brennan reports.

The Syrian government has denied even possessing chemical or biological weapons, but is believed to have significant stockpiles. The possibility that the Assad regime could use the weapons, or lose control of them, has been a cause of serious concern for the U.S. and other nations since Syria's Arab Spring uprising descended into civil war.

Speaking to reporters, Clinton declined to say how the U.S. would react in the event of "credible evidence" that the Assad regime intended to use, or had used them.

"We are certainly planning to take action if that eventuality were to occur," she told reporters. Clinton made the comments in response to a question about whether there was any new evidence that the regime intended to use its stash of chemical weapons internally or cross-border. She did not directly address those reports.

Clinton drew a distinction between what she called the Assad regime's "reprehensible" behavior and violence in the conflict thus far, and the potential use of chemical weapons against the Syrian people or other nations.

"There is a line between the horrors that they've inflicted on their own people and what would be an internationally condemned step of utilizing their weapons," she said.

The threat of chemical weapons and efforts to interdict them was one of the topics of conversation during an hourlong meeting Monday between Clinton and Czech Foreign Minister Karel Schwarzenberg, who hosted a European conference on the issue last month.

Another source familiar with the matter said the Czech Republic has a battalion that specializes in the "mitigation" of biological and chemical hazards. The U.S. has worked with the Czechs in Libya to try and control the chemical weapons which were held by toppled dictator Muammar Qaddafi, and has already begun contingency planning for Syria.