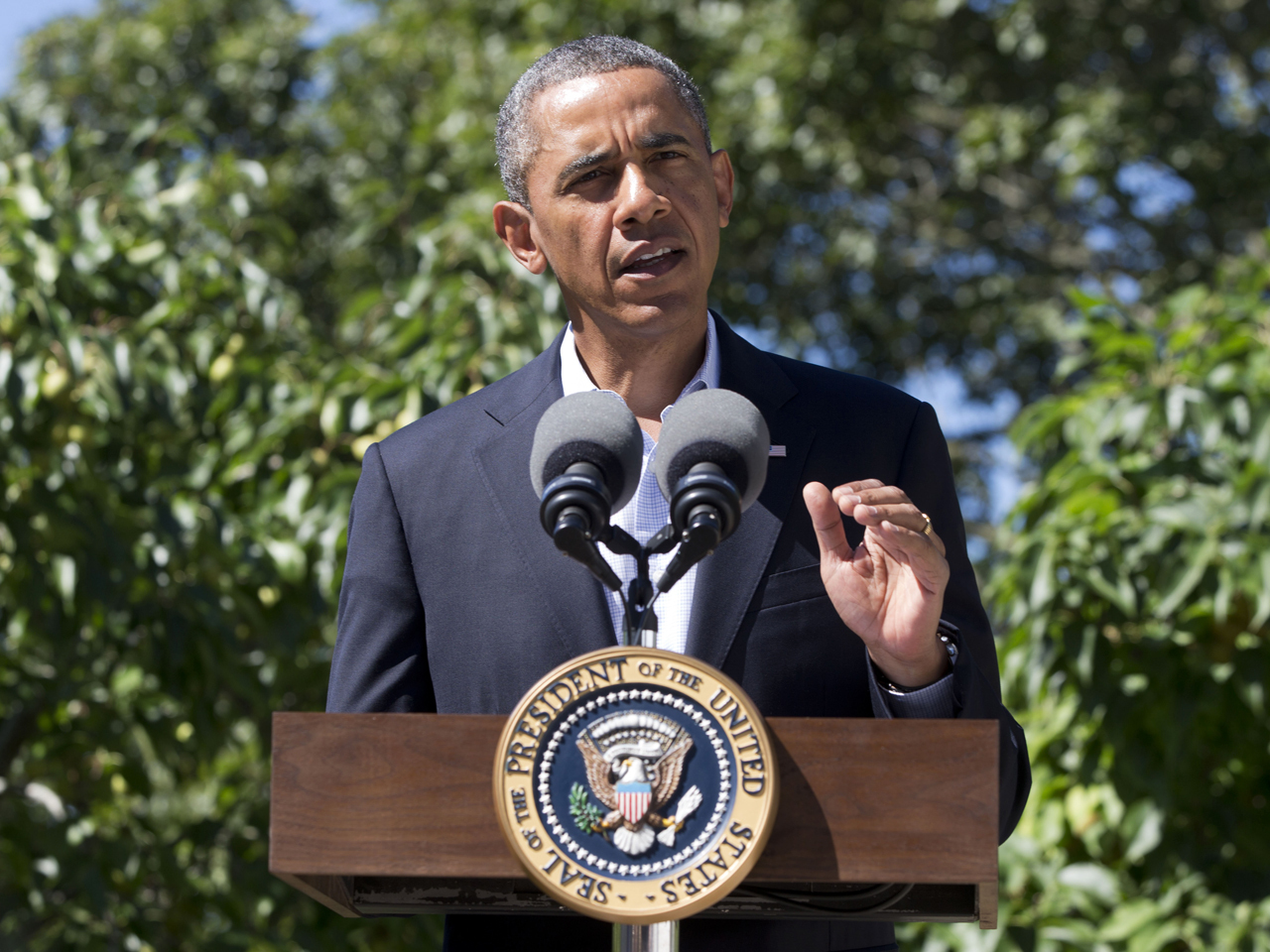 As the death toll from the rising tide of violence in Egypt surpassed 500 on Thursday, President Obama delivered a plea for restraint, urging the interim government to respect the rights of protesters and urging the protesters to demonstrate peacefully.

The president, who is on vacation with his family in Martha's Vineyard, condemned the army's violent crackdown on supporters of ousted president Mohammed Morsi. "The cycle of violence and escalation needs to stop," he said. "The Egyptian people deserve better than what we've seen over the last several days."

In an effort to force the Egyptian military to soften its approach, the president announced the cancellation of a planned biannual joint military exercise between the armed forces of the United States and Egypt. "While we want to sustain our relationship with Egypt, our traditional cooperation cannot continue as usual when civilians are being killed in the streets," he said, vowing to take any further steps deemed necessary to stem the bloodshed.

Egypt has been plagued by unrest since widespread demonstrations prompted the Egyptian army to oust the country's duly elected president, Muslim Brotherhood-aligned Morsi, from power and install a provisional government in July.

In the weeks since, Morsi's supporters have taken to the streets, protesting the military's removal of Morsi and staging public demonstrations and sit-ins. The military and Egyptian security forces, struggling to contain the demonstrations, have cracked down violently, and that violence built to new heights on Wednesday. The Egyptian Health Ministry's latest figures account for at least 525 casualties, which made Wednesday the deadliest day since former President Hosni Mubarak was ousted in 2011. The Muslim Brotherhood said that 2,600 were killed - a staggering number that is hard to square with footage and reporting coming out of Egypt.

Many of the dead were protesters killed by bullet wounds to the head and chest, the results of sniper fire and armed security forces' crackdown on the protest camps. The violence hasn't been entirely one-sided, however - protesters, some of whom were reported to have been armed, burned churches and other buildings and overturned police cars. A mass funeral was held in Cairo on Wednesday for some of the 43 security troops killed during the violence.

Mr. Obama warned that Wednesday's violence bodes poorly for a country that has been ransacked by instability for two and a half years, saying the initial promise of Morsi's ouster is in danger of being soured by the interim government's violent crackdown. "After the military's intervention several weeks ago, there remained a chance for reconciliation," he said. "Instead we've seen a more dangerous path taken." He condemned the "arbitrary arrests, a broad crackdown on Morsi's associations and supporters, and now tragically, violence that has taken the lives of hundreds of people."

On Wednesday, as a result of the massive protests and bouts of violence, the military declared a state of emergency, effectively foisting martial law onto the country. A nighttime curfew was imposed as well.

Mr. Obama called for the state of emergency to be lifted on Thursday, saying the United States opposes the imposition of martial law and urging the parties to begin a process of national reconciliation.

As the bloody clashes raise the possibility that Egypt will soon unravel entirely and be plunged into fully-fledged civil war, Mr. Obama's handling of the situation has come under increasingly heated criticism.

Sen. John McCain, R-Ariz., who visited Egypt at the beginning of August with Sen. Lindsey Graham, R-S.C., trying to quell the unrest at the president's request, told the Wall Street Journal that the president's policy on Egypt has been a "colossal failure," calling for the United States to suspend the provision of military assistance to the country until democratic rule is reinstated.

The State Department has warned that a suspension of aid would have dire consequences for the U.S. relationship with the Egyptian military, which many U.S. officials see as a uniquely stabilizing force in the country and the region. McCain and others, however, have warned that the United States risks looking impotent or worse if it does not use all of the carrots and sticks in its arsenal to influence the interim government.

On Wednesday, ahead of the president's statement, the New York Times editorial board called on the president to suspend military aid and cancel the joint military exercises. "Those who argue that this aid gives the United States leverage can no longer do so with a straight face," the board wrote, noting that U.S. officials' pleas for restraint have gone ignored.

The Washington Post's editorial board similarly called for an end to military aid, criticizing the administration's reluctance to declare Morsi's ouster a "coup" and warning, "This refusal to take a firm stand against massive violations of human rights is as self-defeating for the United States as it is unconscionable."

"It may be that outside powers cannot now change this tragic course of events," the board wrote, "But if the United States wishes to have some chance to influence a country that has been its close ally for four decades, it must immediately change its policy toward the armed forces."