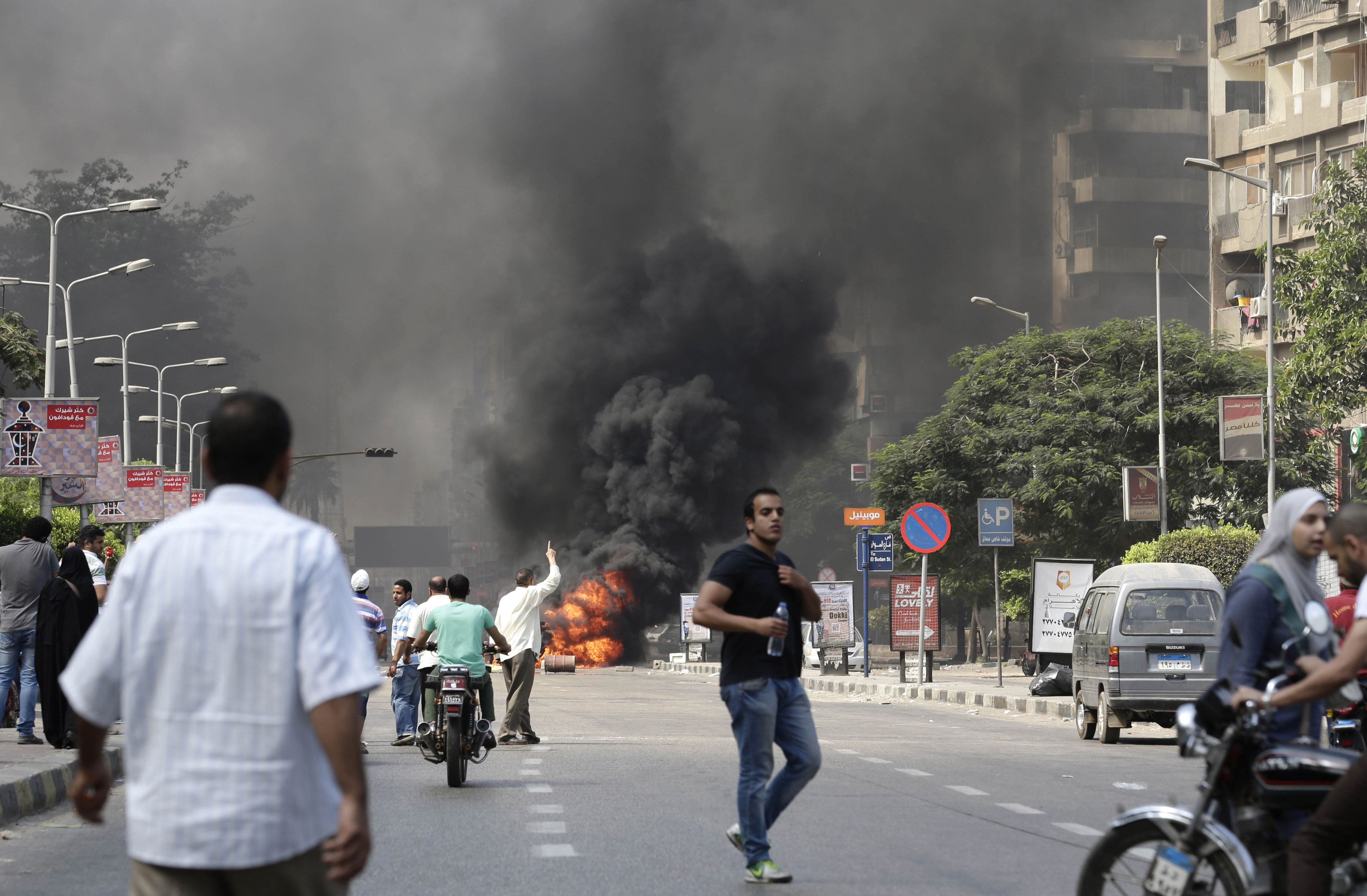 EDGARTOWN, Mass. The White House on Wednesday condemned the violence sweeping across Egypt, as well as the resumption of emergency law there, warning Egypt's military-backed interim government that "the world is watching."

At least 149 people were killed in Egypt Wednesday, many of them in assaults on protest vigils among supporters of ousted President Mohammed Morsi. Amid the violence, Egypt's interim president also declared a monthlong state of emergency, ordering the armed forces to support police in efforts to restore law and order.

The U.S. has said it does not plan to label Morsi's ouster a coup, and officials on Wednesday indicated no change in that position following the latest outbreak of violence.

President Barack Obama, in the midst of a weeklong vacation on Martha's Vineyard, was briefed on the deteriorating situation Wednesday morning, spokesman Josh Earnest said.

"The violence will only make it more difficult to move Egypt forward on a path to lasting stability and democracy and runs directly counter to the pledges by the interim government to pursue reconciliation," Earnest said.

The White House's response largely echoed its previous statements since the democratically-elected Morsi was ousted on July 3. Earnest said the U.S. would continue to encourage the interim government to make good on its promise to enact political reforms, including amending the Islamist-backed constitution adopted last year and holding parliamentary and presidential elections early next year.

Wednesday's assault came after days of warnings by the interim administration that replaced Morsi after he was ousted. The two sit-in camps at two major intersections on opposite sides of the Egyptian capital began in late June to show support for Morsi. Protesters - many from Morsi's Muslim Brotherhood - have demanded his reinstatement.

By law, the U.S. would have to cut off $1.3 billion in aid to Egypt if it determined that Morsi's ouster had been a coup. Officials say taking such a step would not be in the U.S. interests, leading the administration to conclude that it will not make a coup determination.

At least 250 people have died in previous clashes since the coup.