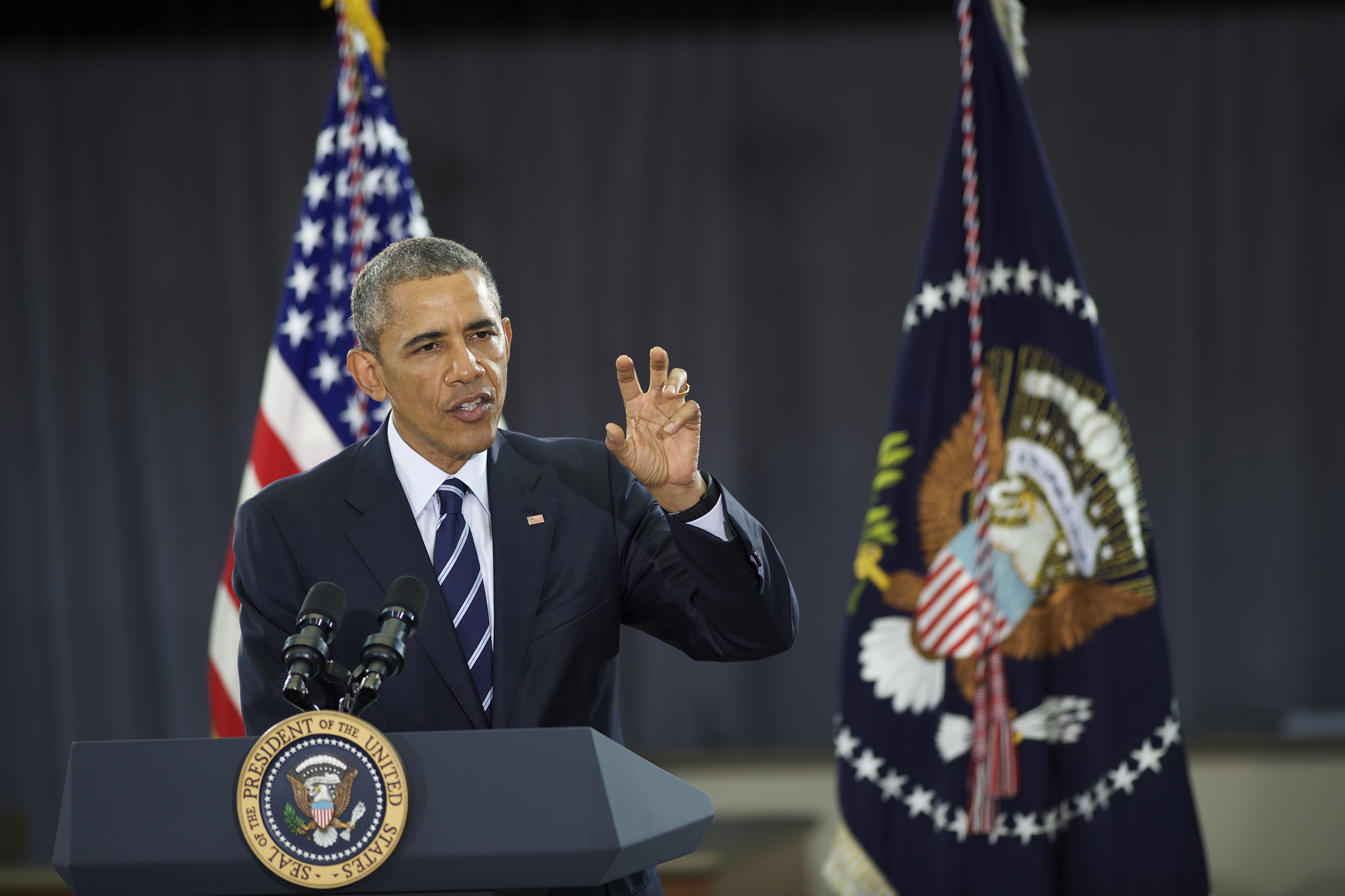 Hailing the embattled city of Camden, New Jersey for embracing community-oriented policing and turning around its criminal statistics, President Obama on Monday urged cities around the nation to do the same.

"If it's working here, it can work anywhere," Mr. Obama said after meeting with youth and law enforcement in Camden.

"Just a few years ago this city was written off as dangerous beyond redemption, the city trapped in a downward spiral, parents were afraid to let their children play outside," he said. But after overhauling its policing strategies and adopting various reforms two years ago, the city has seen remarkable improvements: For instance, Mr. Obama noted, murder is down nearly 50 percent, while open-air drug markets have been cut by 65 percent.

"We know these problems are solvable. We know that we're not lacking for answers," Mr. Obama said, speaking from the Ray & Joan Kroc Corps Community Center in Camden. "We're just lacking political will. We have to see these problem for what they are - not something that's happening in some other city to some other people, but something that's happening in our community - the community of America."

The Camden Police Department helped the city reduce crime in part by stepping up its connections with the community, Mr. Obama noted, while touting the release of the final recommendations of his Task Force on 21st Century Policing. The final report, released today, includes 59 concrete recommendations, including some related to community policing. For instance, it recommends allowing sufficient time for patrol officers to participate in problem solving and community engagement activities.

The city of Camden has also adopted Mr. Obama's My Brother's Keeper Community Challenge to help young men of color reach their potential. The city was also designated by the administration as a "promise zone," areas which receive streamlined federal funding to help with specific plans to improve the community.

Mr. Obama also mentioned that he is banning the federal government from providing some military-style equipment to local police departments and putting stricter controls on other weapons and gear.

"We've seen how militarized gear can sometimes give people the feeling like there's an occupying force" in their community, rather than officers who are "protecting them and serving them," Mr. Obama said.

The president also said his administration is ready to work with Republicans to adopt criminal justice reforms, such as reducing penalties for nonviolent drug offenders.

Referencing the conflicts between police and communities of color in Baltimore, Ferguson, Missouri, and New York, Mr. Obama said that the problems in those communities go "beyond policing."

"We can't ask the police to contain and control problems that the rest of us aren't willing to face or do anything about," he said. If we as a society don't do more to expand opportunity to everybody who's willing to work for it, then we'll end up seeing conflicts between law enforcement and the residents. If we as a society aren't willing to deal honestly with issues of race, then we can't just expect police departments to solve these problems."