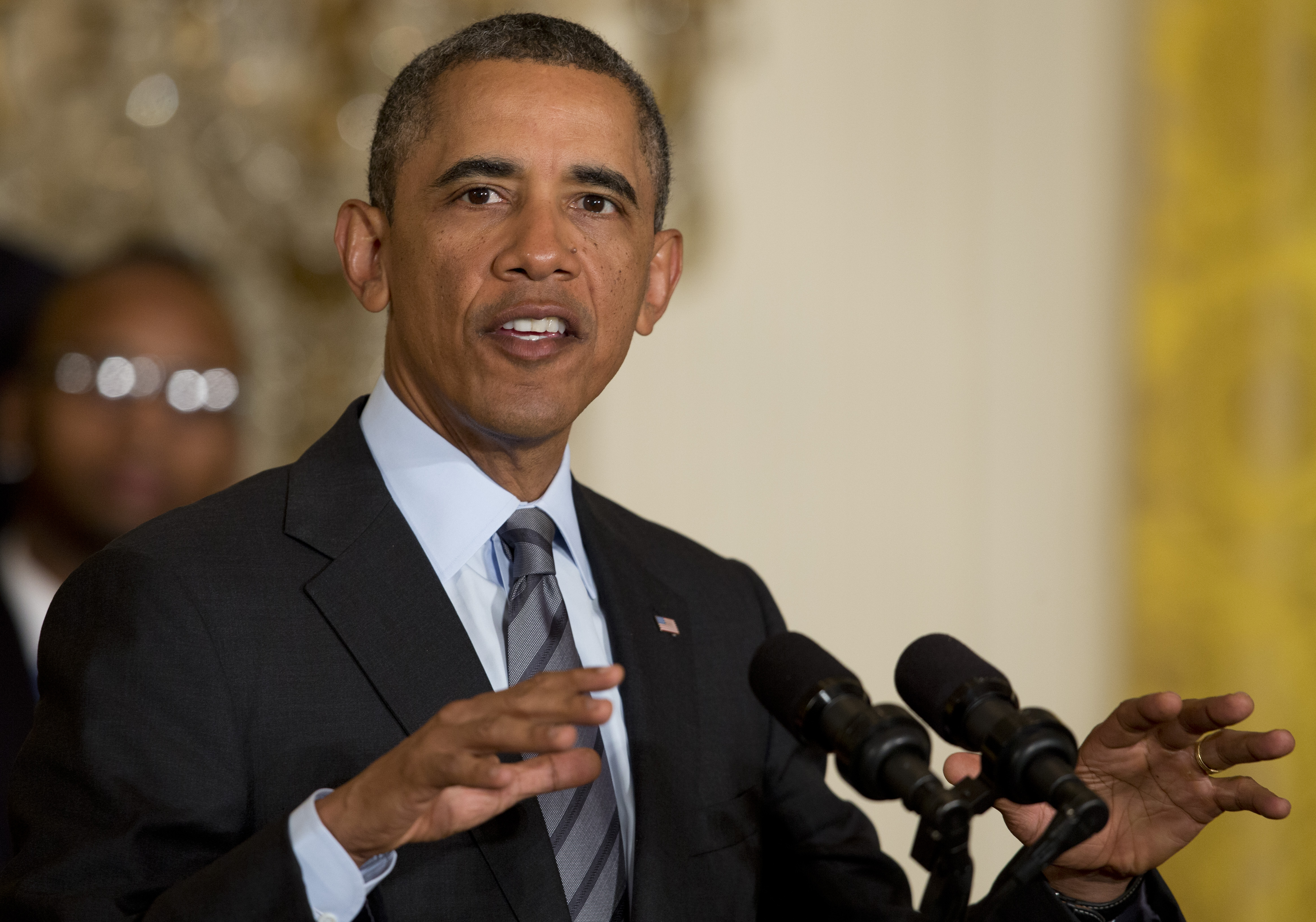 President Obama on Thursday officially kicked off his “promise zone” initiative, which aims to put federal support behind comprehensive plans to improve targeted regions of the country.

“We will help them succeed, not with a handout, but as partners,” Mr. Obama said from the East Room of the White House. He was joined by members of the five communities that make up the first “promise zones,” as well as students from the Harlem’s Children Zone, a nonprofit the president has held up as a model of an organization that help raise a community out of poverty.

“A child's destiny should be determined not by her ZIP code but by the strength of her work ethic and the scope of her dreams,” Mr. Obama said, explaining that the federal government will help to improve economic mobility in certain areas of the country that were especially hard-hit in the recession.

The first five promise zones will be located in San Antonio, Philadelphia, Los Angeles, Southeastern Kentucky and the Choctaw Nation of Oklahoma. The administration aims to ultimately assist 20 such regions over three years. The program isn’t relying on any new money-- instead, it aims to cut red tape and streamline federal funding from multiple government agencies to these specific zones. The Departments of Education, Housing and Urban Development, Commerce, Health and Human Services, Justice, and Agriculture will all participate.

The administration is designating “promise zones” by looking for areas where local officials already have plans for enhancing their communities. For instance, Mr. Obama noted, in Kentucky’s southeastern Highlands region, the local college is expanding technical training. The Choctaw Nation of Oklahoma, meanwhile, is making financing available to help women start their own businesses and investing in new water and sewer systems so that more businesses will locate there.

“Each of these communities is design from the bottom up -- not top down -- what it is what they think they need to succeed,” Mr. Obama said.

By framing the initiative as a matter of improving economic mobility, Mr. Obama is blunting an argument from Republicans in Congress that Democrats have been too focused on income inequality while ignoring ways to harness the free market to grow the economy.

While the president stressed Thursday that the new initiative should not be considered a “handout,” he also noted that in success stories like the Harlem Children’s Zone, “government was involved.”

“Don’t be confused here, it has an important role to play,” he said. “But it’s important that our faith institutions and our businesses, and the parents and communities themselves, are involved in thinking how do we move forward."