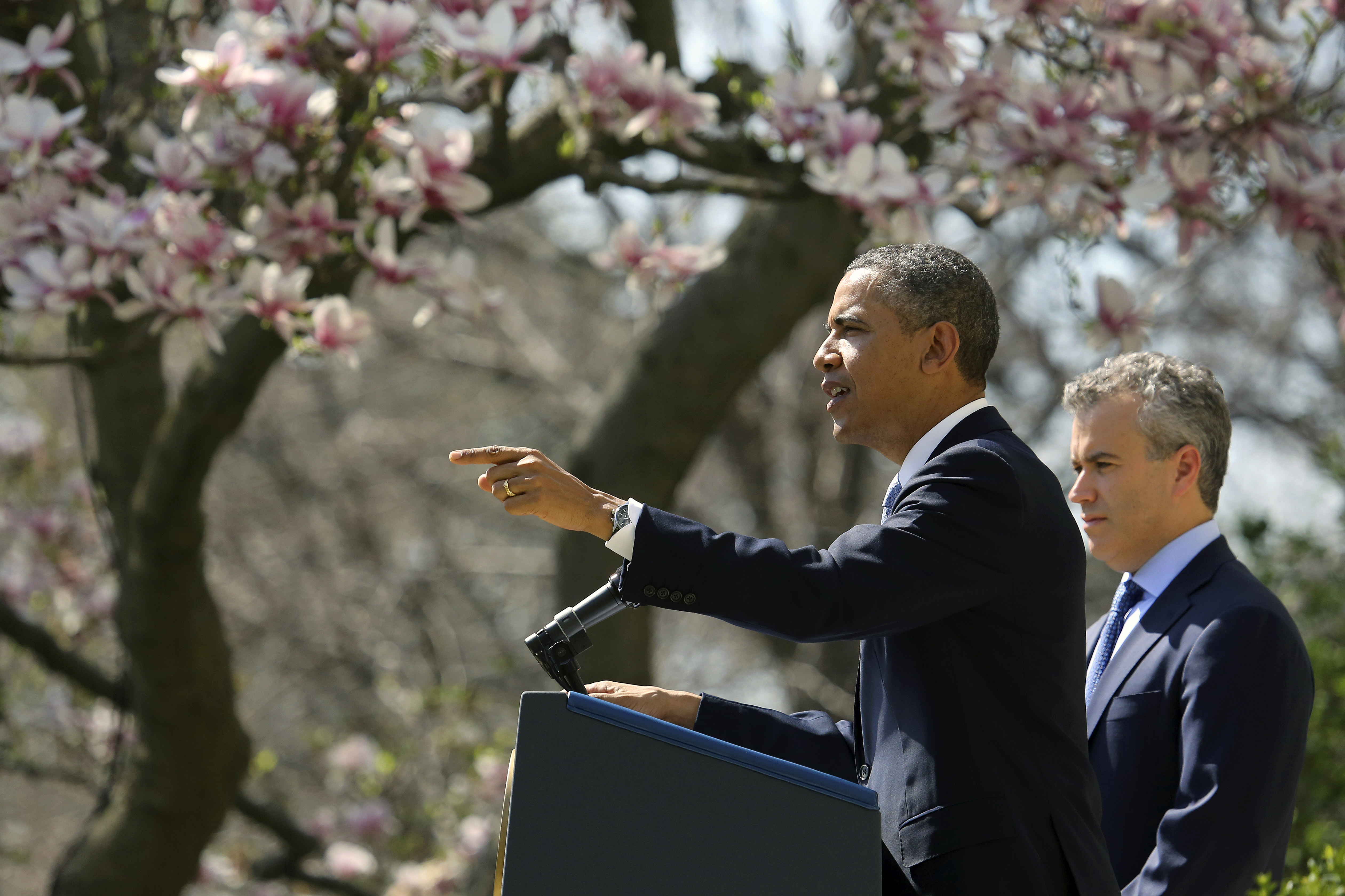 Two months after it was due and a month after the House and Senate passed their own budget proposals, President Obama unveiled his blueprint for fiscal year 2014 Wednesday amid a chorus of criticism from Capitol Hill.

If we want to keep rebuilding our economy on a stronger more stable foundation, then we've got to get smarter about our priorities as a nation," the president said in the White House Rose Garden Wednesday morning. "And that's what the budget I'm sending to Congress today represents, a fiscally responsible blueprint for middle-class jobs, and growth."

Mr. Obama added, "For years, the debate in this town has raged between reducing our deficits at all costs and making the investments necessary to grow our economy. And this budget answers that argument, because we can do both. We can grow our economy, and shrink our deficits."

"It's hard to see what the White House plans to accomplish here," Senate Minority Leader Mitch McConnell, R-Ky., said on the Senate floor prior to the president's remarks.  "It's not a serious plan," he added, calling it "another left-wing wish list."

House Speaker John Boehner, R-Ohio, said he's happy to see the entitlement reforms outlined in Mr. Obama's budget but said, "I hope he would not hold hostage these modest reforms" as he asks for higher taxes.

The president responded to GOP criticism by saying he's done his part in terms of concessions and he hopes Republicans reciprocate.

"I have already met Republicans more than halfway, so in the coming days and weeks I hope that Republicans will come forward and demonstrate that they're really as serious about the deficit and debt as they claim to be," Mr. Obama said.  The president will hear from a dozen Senate Republicans over dinner at the White House Wednesday night - part of Mr. Obama's outreach effort to the GOP.

The president spent a good part of his 11-minute speech pointing out that his budget plan efforts to ease the sequester - the $1.2 trillion in spending cuts that went into effect last month.

"My budget also replaces the foolish across-the-board spending cuts that are already hurting our economy," he said, adding, "my budget replaces these cuts with smarter ones, making long-term reforms, eliminating actual waste and programs we don't need anymore."

The president is proposing $1.8 trillion in new deficit cuts to replace the sequester beginning in fiscal year 2014 (the $85 billion that went into effect last month are effective through Sept. 30).

With the release of the president's budget, Congress will begin serious negotiations in the coming months, and will try to reconcile the differing budget proposals. The Senate Democrats' blueprint passed last month is similar to the president's, without the proposed trimming of Social Security. The House Republicans' outline would cut deficits by $4.6 trillion over the next 10 years in addition to the sequester's $1.2 trillion.