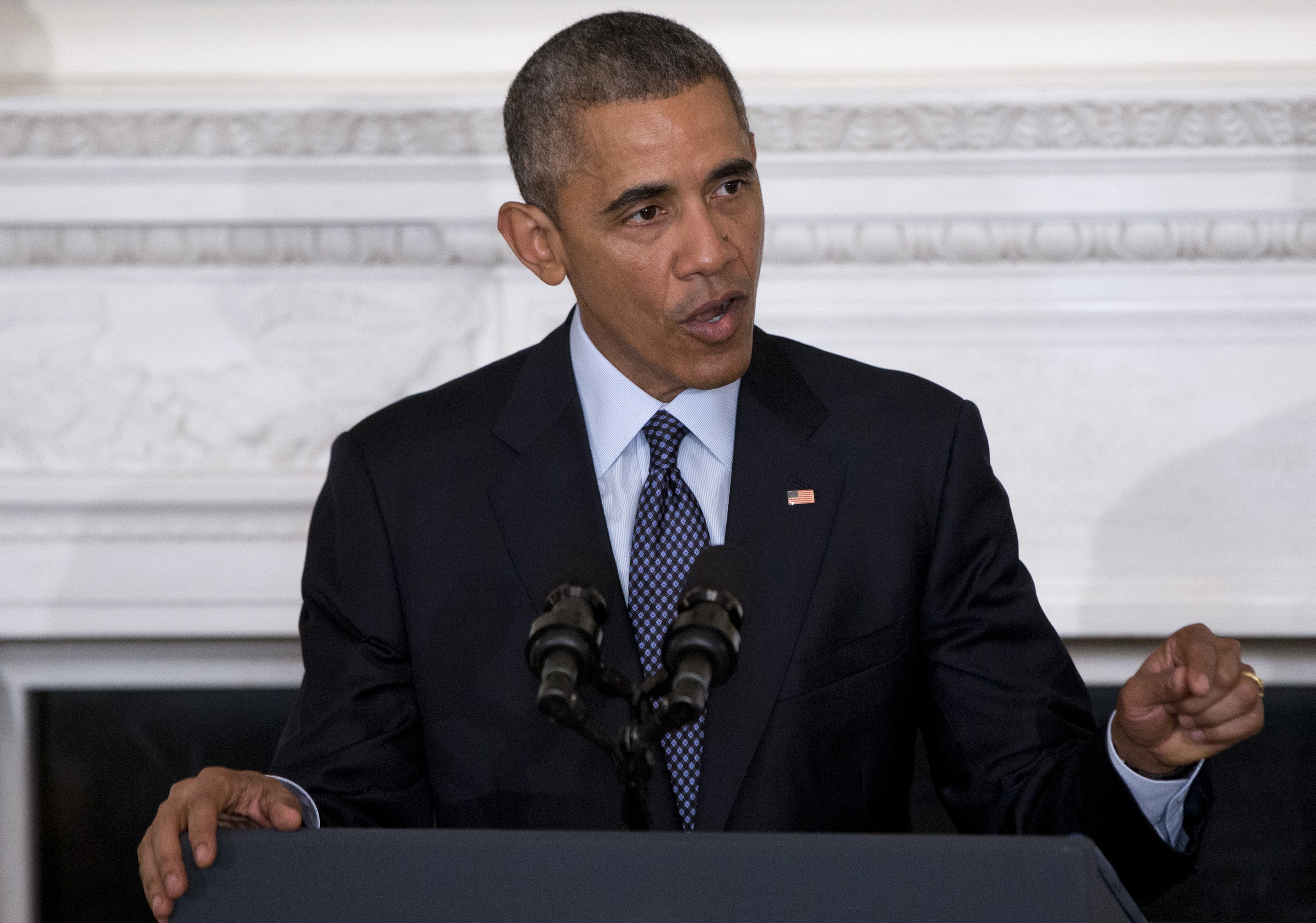 As Congress continues feuding over a spending bill that would prevent the Department of Homeland Security (DHS) from partially shutting down at midnight on Friday, President Obama warned the nation's governors on Monday that they, too, have a stake in the outcome of that fight.

"Unless Congress acts, one week from now more than 100,000 DHS employees - Border Patrol, port inspectors, [Transportation Security Administration] agents - will show up to work without getting paid," the president said during remarks before the National Governors Association at the White House. "They all work in your states. These are folks who, if they don't have a paycheck, are not going to be able to spend that money in your states. It will have a direct impact on your economy."

If DHS partially shuts down, the president added, "It will have a direct impact on America's national security, because their hard work helps to keep us safe. And as governors you know that we can't afford to play politics with our national security."

The fight in Congress is focused on the president's recent executive actions on immigration, which sheltered up to 5 million undocumented immigrants in the U.S. from the threat of deportation by offering them work permits.

Republicans are pushing a $39.7 billion spending bill that would continue funding DHS while blocking implementation of the president's immigration actions. Democrats, though, have insisted on a clean spending bill, devoid of any immigration riders.

A bill including the language on immigration has already cleared the GOP-controlled House, but action has stalled in the Senate, where Democrats have thrice filibustered the GOP's proposal. Another vote is scheduled for Monday afternoon, and Democrats are expected to again block the proposal.

The fight echoes similar struggles over government funding bills in recent years that have frequently pushed Congress to the brink. In 2013, for example, much of the government shut down for 16 days thanks to a fight over the president's health care reform law.

Mr. Obama on Monday urged Congress "to move past some of the habits of manufactured crises and self-inflicted wounds that have so often bogged us down over the last 5 years." But with the clock ticking on this latest funding crunch, it's not clear that lawmakers are ready to heed his advice.

Vice President Biden, at least, said Monday he remains optimistic. When he introduced Mr. Obama, he praised the assembled governors for their record of accomplishment, and he suggested Washington will find its way soon enough.

"We will get it right eventually back in Washington," he said. "The public's not going to put up with this gridlock for much, much longer."