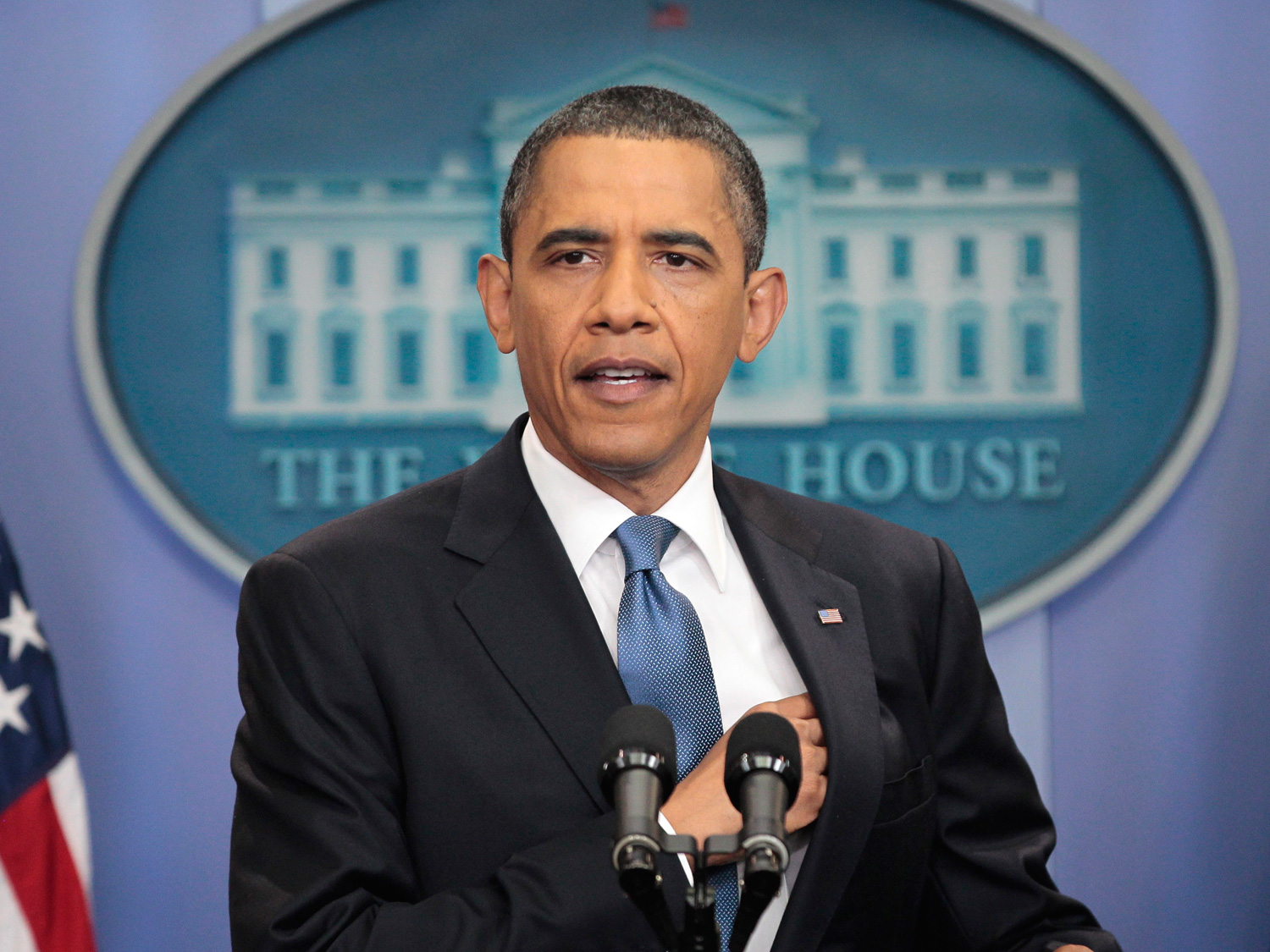 President Obama is still seeking the largest deficit reduction deal possible as part of a package deal to raise the debt ceiling, he said in a press conference today.

"I continue to push congressional leaders for the largest possible deal," he said from the White House. "It is possible for us to construct a package that would be balanced, would share sacrifice [and] would involve both parties taking on their sacred cows."

Mr. Obama would not even entertain the notion of failing to get a deal done before the end of the month.

The president and his economic team have repeatedly warned of catastrophic consequences for the U.S. and global economy if Congress does not increase the debt ceiling -- the amount of money that the U.S. government is technically allowed to borrow -- by August 2. Republicans have insisted on creating a deficit and debt reduction plan as a condition of voting to raise the $14.3 trillion debt ceiling.

Mr. Obama has been seeking a deal that includes $4 trillion in budget savings over a decade, but House Speaker John Boehner said on Saturday that a mid-size package of reforms -- closer to $2 trillion in savings, with no tax increases -- is the only politically viable solution.

Mr. Obama said today that he appreciated Boehner's efforts to try to reach a large deal with him, but that the rest of the GOP must now step up to the plate.

"I've been hearing from my Republican friends for some time it is a moral imperative to tackle our debt and deficits in a serious way," Mr. Obama said. "What I've said to them is, let's go."

The president said today he would not accept a smaller, short-term deal. "We might as well do it now," he said. "Pull off the band aid. Eat our peas."

On CBS' "Face the Nation" on Sunday, Treasury Secretary Tim Geithner reiterated the administration's warning that Congress must act now. "The risk we face starts to happen in July, but then on August 2 we're left running on fumes," he said.

While leaders from both parties agree that the debt ceiling should be raised before August 2, negotiations remained stalled at a White House meeting Sunday night.

The president will reconvene with lawmakers Monday afternoon, and he plans to meet with them every day until a deal is forged.

Mr. Obama said leaders have already agreed to a series of spending cuts that will make the government "leaner, meaner, more effective, more efficient, and give taxpayers a greater bang for their buck." Those include cuts to defense and health spending, he said.

He added that both parties must now be willing to take on their "sacred cows." For Democrats that means modifying programs like Social Security. For Republicans, that means bringing in new tax revenues.

Members of the GOP have complained that "bringing in revenues" refers to raising taxes on Americans and job-creating businesses. However, Mr. Obama emphasized today that he was simply asking Republicans to agree to closing some tax loopholes some years down the road.