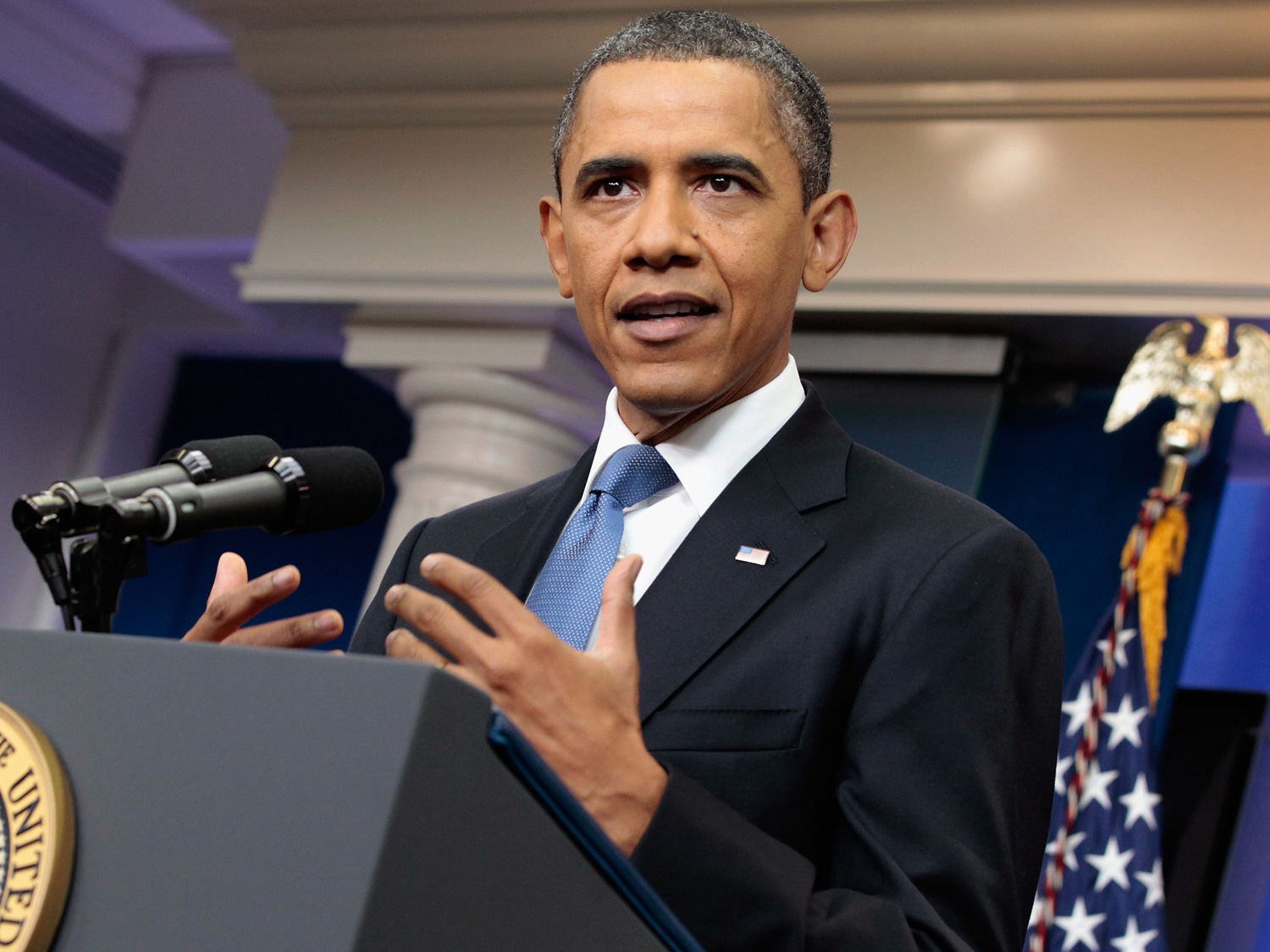 Laying the groundwork for a long-term improvement to the fiscal health of the United States does not solve the short-term weakness in the jobs market and Congress should take action to create jobs, including simulative measures like extending payroll tax cuts for individuals and businesses, President Obama said on Monday.

"I am not somebody who believes that just because we solve the deficit and debt problems short-term, medium-term or long-term, that that automatically solves the unemployment problem," he said at a White House news conference Monday. "I think we're still gonna have to do a bunch of stuff, including, for example, trade deals that are before Congress right now that could add tens of thousands of jobs."

The president again made the case for the extension of last year's cut of two percent of the payroll tax paid by employees, even though he said it "might not be exactly the kind of program that I would design in order to boost employment." Still, he said, the tax cut is the sort of simulative bill that can get through the GOP-held House of Representatives, and "puts money in the pockets of people who are then spending it at businesses large and small."

Mr. Obama defended the $830 billion stimulus package of federal spending and tax breaks he pushed in the first year of his presidency, arguing that it "created a whole bunch of jobs" and he would push for more economic stimulus if he could.

"My strong preference would be for us to figure out ways that we can continue to provide help across the board, but I'm operating within some political constraints here, 'cause whatever I do has to go through the House of Representatives," Mr. Obama said. Republicans took control of the House in January.

The president then expressed frustration with congressional Republicans who he said gave him a list of their priorities on jobs at the beginning of the year.

"Now I'm ready to do it and so far we haven't gotten the kind of movement that I would have expected," he said, calling for the creation of an infrastructure bank in addition to the payroll tax cut extension and passage of trade deals.

The president complained that Republicans have been pressing him to do more to create jobs, and said that despite arguing for spending and deficit reduction to do so, Republicans have often been unwilling to work with him.

Referencing his efforts to pass an historic $4 trillion deficit reduction bill in conjunction with a vote to raise the debt ceiling, Mr. Obama said, "Where are they?"

"I mean this is what they claim would be the single biggest boost to business certainty and confidence," he said. "So what's the hold-up?"

Under pressure from Tea Party conservatives in his caucus opposed to any sort of revenue increases, House Speaker John Boehner over the weekend scaled back his ambitions for the size of any deal that could be reached. He is now seeking a smaller deal than the $4 trillion goal put forth by Mr. Obama.