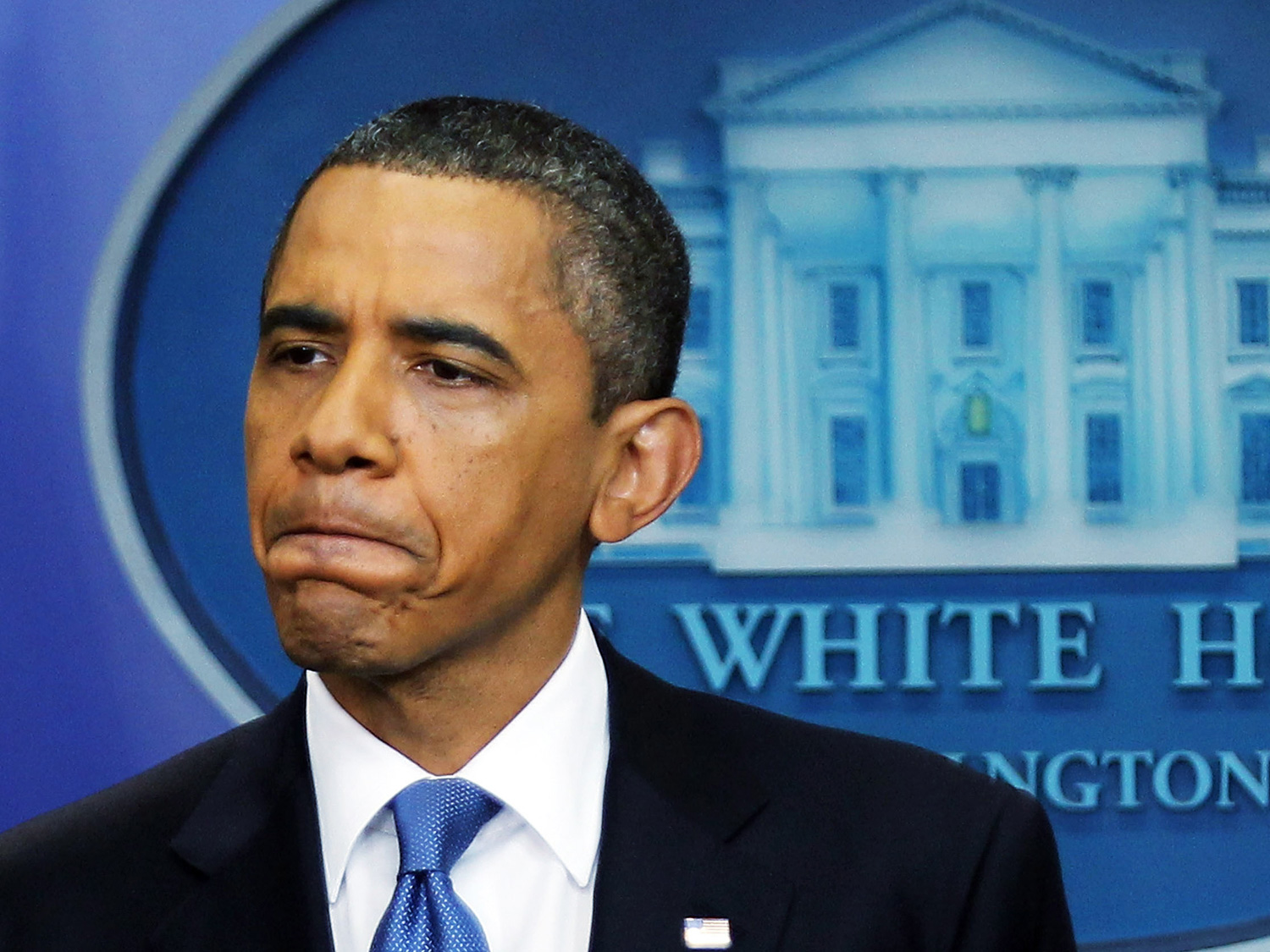 President Obama vowed on Monday not to sign a short-term agreement on raising the debt ceiling as he expressed confidence Republicans and Democrats would make a deal to avoid the first-ever U.S. default on its debts, though he stopped short of using the word veto.

"I will not sign a 30-day or a 60-day or a 90-day extension. That -- that is just not an acceptable approach," Obama said when asked if would veto a short-term deal on raising the amount of money the United States can legally borrow.

"If we think it's hard now, imagine how these guys are going to be thinking six months from now in the middle of election season when they're all up. It's not going to get easier; it's gonna to get harder. So we might as well do it now, pull off the Band-Aid, eat our peas," Mr. Obama said.

Mr. Obama has repeatedly said he wants a deal that would allow the U.S. to avoid confronting the issue again until after the 2012 elections.

"This the United States of America and, you know, we don't manage our affairs in three-month increments. You know, we don't risk U.S. default on our obligations because we can't put politics aside," Mr. Obama said.

At the same time, he said the two sides would come together before August 2, when Treasury Secretary Timothy Geithner has said the government will exhaust its ability to make timely payments on it debt obligations. The current U.S. debt limit stands at $14.3 trillion and the administration expects it would have to be raised by more than $2 trillion to get the nation through the November 2012 elections.

Mr. Obama and House Speaker John Boehner had hoped to use the looming deadline over the debt ceiling to hash out a deal on larger issue of tax and spending priorities for the nation. They had talked about trying to get a deal that would save the government about $4 trillion over the next decade, but there was little agreement on how to get that done.

Mr. Obama said negotiators would continue to work everyday, including next weekend, to broker a compromise.