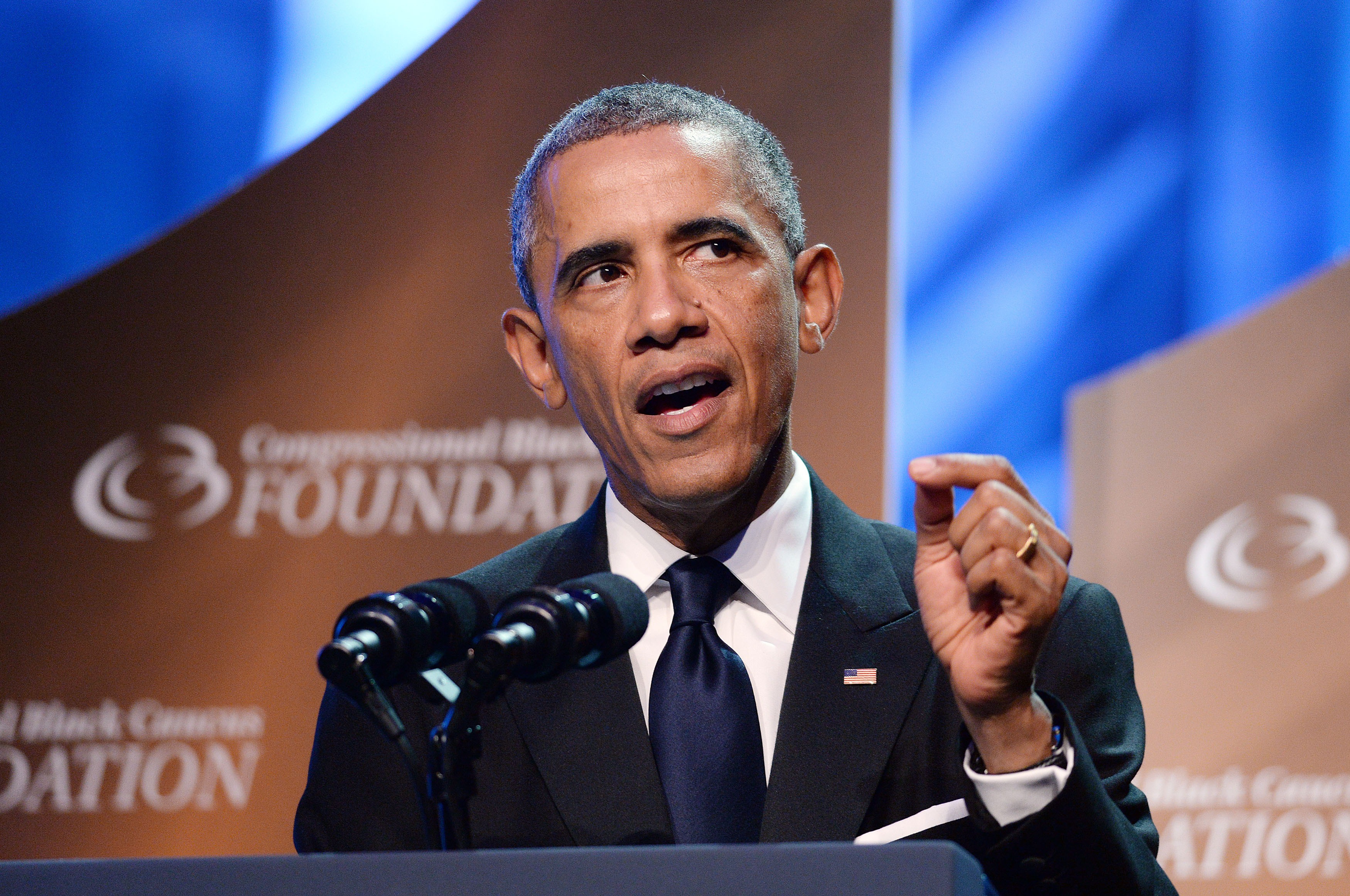 WASHINGTON -- The widespread mistrust of law enforcement that was exposed by the fatal police shooting of an unarmed black man in Missouri exists in too many other communities and is having a corrosive effect on the nation, particularly on its children, President Obama says. He blames the feeling of wariness on persistent racial disparities in the administration of justice.

Obama said these misgivings only serve to harm communities that are most in need of effective law enforcement.

"It makes folks who are victimized by crime and need strong policing reluctant to go to the police because they may not trust them," he said Saturday night in an address at the Congressional Black Caucus Foundation's annual awards dinner.

"And the worst part of it is it scars the hearts of our children," Obama said, adding that it leads some youngsters to unnecessarily fear people who do not look like them and others to constantly feel under suspicion no matter what they do.

Obama addressed the Aug. 9 shooting of 18-year-old Michael Brown carefully but firmly, saying his death and the raw emotion it produced had reawakened the country to the fact that "a gulf of mistrust" exists between residents and police in too many communities.

The shooting sparked days of violent protests and racial unrest in the predominantly black St. Louis suburb of Ferguson. The police officer who shot Brown was white.

"Too many young men of color feel targeted by law enforcement - guilty of walking while black or driving while black, judged by stereotypes that fuel fear and resentment and hopelessness," said Obama, who has spoken of enduring similar treatment as a younger man.

He said significant racial disparities remain in the enforcement of law, from drug sentencing to application of the death penalty, and that a majority of Americans think the justice system treats people of different races unequally.

The president announced Holder's resignation this week after nearly six years as the nation's chief law enforcement officer. Holder attended the dinner and received a standing ovation. He will stay on the job until the Senate confirms a successor.

"We will miss him badly," Obama said.

Holder visited Ferguson after the shooting to help ease tensions, and the Justice Department is investigating whether Brown's civil rights were violated.

There was more gun violence Saturday night in Ferguson when a police officer investigating suspicious activity at a closed community center was shot in the arm. The wounded officer is expected to survive and the police were looking for two suspects early Sunday.

Authorities said they didn't believe the shooting was related to demonstrations that were taking place at about the same time to protest the killing of Brown.

At the dinner, Obama also announced the addition of a "community challenge" to My Brother's Keeper, a public-private partnership he launched earlier this year to help improve the lives of young minority men. Communities across the U.S. will be challenged to adopt strategies to help all young people succeed from the cradle through college and to a career.

Obama said government cannot play the primary role in the lives of children but it "can bring folks together" to make a difference for them.

Helping girls of color deal with inequality is also important, he said, and part of the continuing mission of the White House Council on Women and Girls. The effort has involved his wife, Michelle, the mother of their 13- and 16-year-old daughters.

"I've got a vested interest in making sure that our daughters have the same opportunities as boys do," he said.