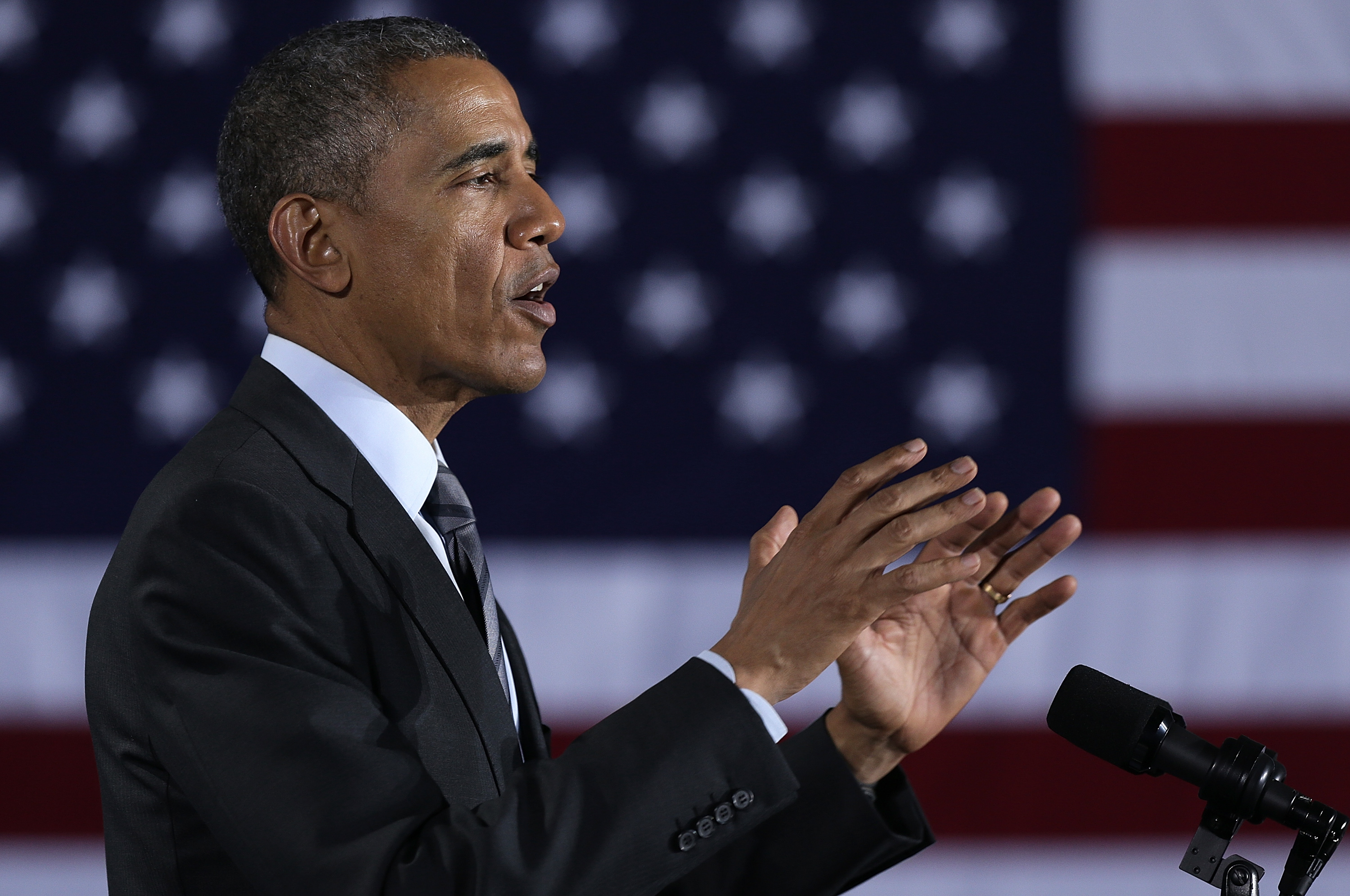 The White House submitted its National Security Strategy to Congress on Friday, outlining a vision for American foreign policy that looks beyond the recently ended wars in Iraq and Afghanistan to the new challenges of the 21st century.

"Violent extremism and an evolving terrorist threat raise a persistent risk of attacks on America and our allies," the strategy report warns. "Escalating challenges to cybersecurity, aggression by Russia, the accelerating impacts of climate change, and the outbreak of infectious diseases all give rise to anxieties about global security. We must be clear-eyed about these and other challenges and recognize the United States has a unique capability to mobilize and lead the international community to meet them."

The report repeats President Obama's line, delivered in his recent State of the Union address, that "America must lead," saying the security and prosperity of the global system depends on it. As evidence, the report cites the campaign by the U.S. and its allies to "degrade and ultimately defeat" extremists with the Islamic State of Iraq and Syria, the U.S.-led efforts to end the outbreak of Ebola in West Africa, and the effort by the U.S. and Europe to impose a cost on Russia's aggression vis-à-vis Ukraine. It pledges a redoubled effort on all those fronts.

The report touches on two recent flash points - nuclear negotiations with Iran and the reopening of formal relations with Cuba after more than 50 years of hostility - and it pledges to double down on administration policy on both fronts. On Iran, the report reaffirms the administration's desire to "achieve a comprehensive and verifiable deal that assures Iran's nuclear program is solely for peaceful purposes." It hails the economic sanctions that brought Iran to the bargaining table and opened "space for a diplomatic resolution," and it notes that some of those sanctions have been rolled back as talks continue. But it reiterates that "all options" remain on the table to prevent the country from obtaining a nuclear weapon.

Republicans and some Democrats in Congress have pushed for a new round of sanctions to hold Iran's feet to the fire, but the president has pledged a veto, saying any new punitive action could jeopardize the prospect of a deal.

On Cuba, the report says the administration aims to "advance our new opening to Cuba in a way that most effectively promotes the ability of the Cuban people to determine their future freely." President Obama's decision to reopen talks with Cuba in December opened a rift in Congress between supporters who believed the old approach simply wasn't working, and foes who saw the move as a concession to dictatorship.

The report also covers elements of America's economic strategy that have a global impact, including the push to open trans-Pacific and trans-Atlantic free trade deals, and the effort to reduce energy consumption and curb global carbon emissions. It describes climate change as an "urgent and growing threat" and says the U.S. is "leading efforts at home and with the international community to confront this challenge." It commends America's own reduction in carbon emissions and marks the recent deal between the U.S. and China to curb future emissions. It pledges an effort to secure an "ambitious new global climate change agreement to shape standards for prevention, preparedness, and response over the next decade."

And though the pending free trade deals have sparked skepticism - and in some cases, outright opposition - from lawmakers in the president's own party, the report doesn't back down from the efforts to secure them. "We believe trade agreements have economic and strategic benefits for the United States," it states. "We will therefore work with the Congress to achieve bipartisan renewal of Trade Promotion Authority and to advance a trade agenda that brings jobs to our shores, increases standards of living, strengthens our partners and allies, and promotes stability in critical regions." Perhaps to reassure the skeptics, the report touts the need for any trade deal to uphold strong labor rights and environmental standards.

The report covers a vast scope of American interests and flash points around the world, providing a 10,000-foot view of the complicated, painstaking process of U.S. statecraft. It doesn't reinvent the wheel on any particular issue, but it offers a holistic view of where the U.S. has been and where it's going as a sometimes-chaotic world lurches forward.

"This is an ambitious, but achievable agenda, especially if we continue to restore the bipartisan center that has been a pillar of strength for American foreign policy in decades past," report says in its conclusion.

The president is required to submit such a national security strategy annually to the Congress under the National Security Act of 1947, but in recent years, the report has frequently been submitted late or not at all. The last (and only other) report issued under Mr. Obama came in 2010, and former President George W. Bush submitted a report only twice during his presidency - in 2002 and in 2006. Former Presidents Bill Clinton and George H.W. Bush both neglected to submit the report during at least one year of their presidencies.