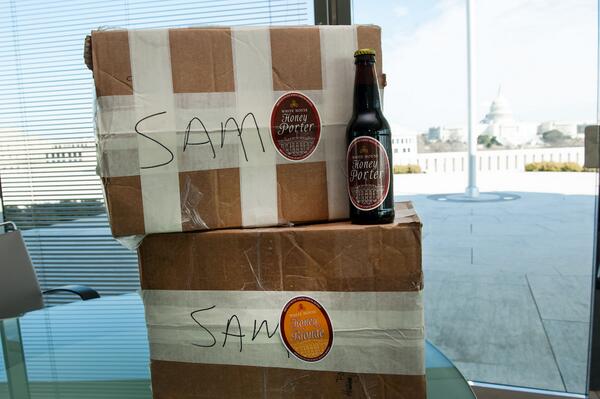 After two heartbreaking losses to Canada's hockey teams in the Sochi Olympics, President Obama made good on his bet with Canadian Prime Minister Stephen Harper and sent him two cases of beer.

On Twitter Monday, the White House's National Security Council asked the Canadian government to confirm their receipt of the beer:

Canada responded with a picture of the two cases of White House-brewed beer, safely stored in the office of Gary Doer, Canada's ambassador to the U.S. The White House sent the Canadians one case of its Honey Porter and one case of the Honey Blonde, both brewed with honey from first lady Michelle Obama's garden.