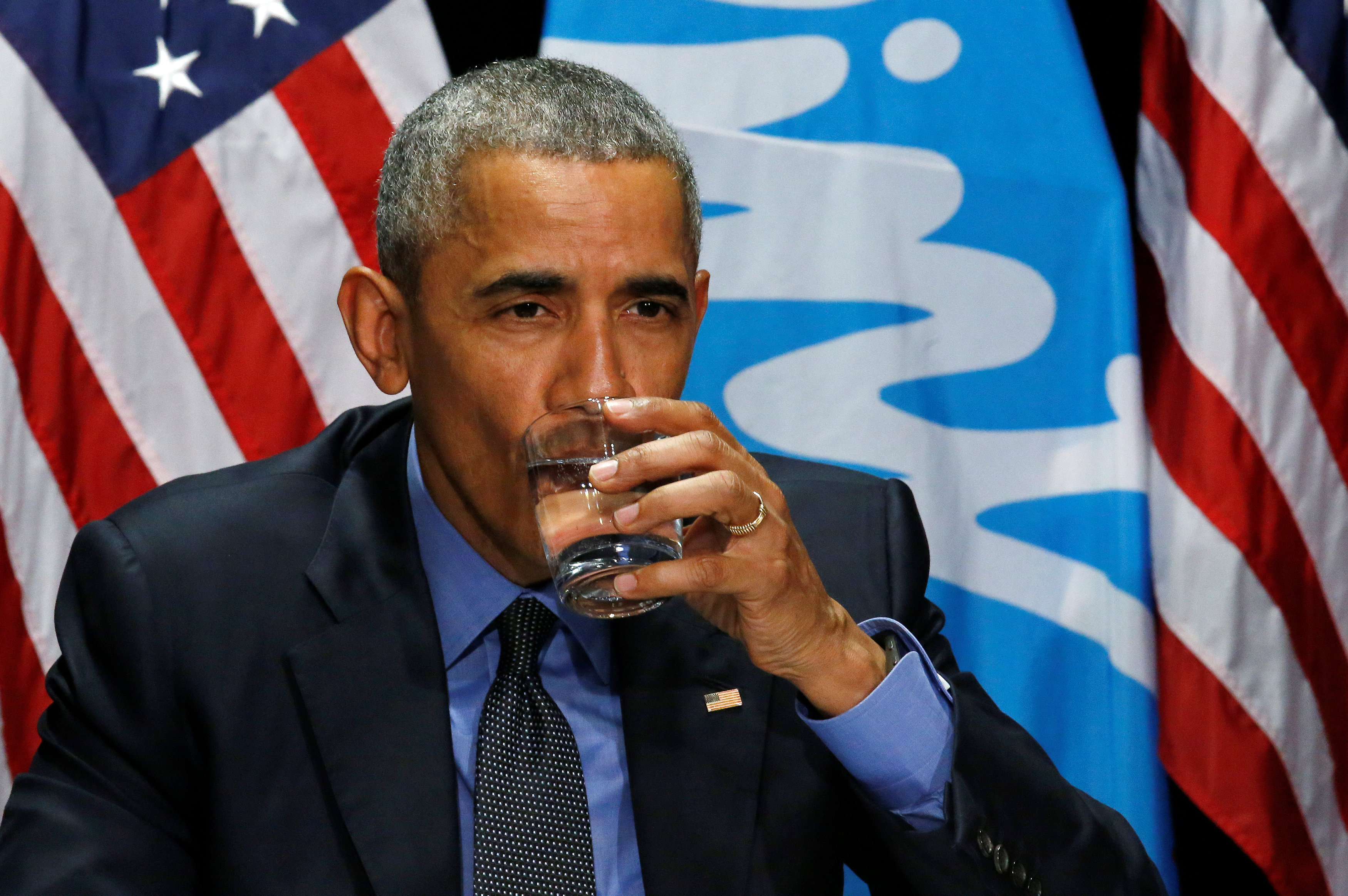 President Obama sought to reassure residents in Flint, Michigan Wednesday that the water coming from their faucets is safe to drink as long as it's filtered, but he warned that it could take several years before the city's pipes are replaced.

"Filtered water is safe, and it works," Mr. Obama said at a briefing on the city's recovery from its water crisis, according to the White House pool report. "Working with the state and the city, filters are now available for everyone in the city."

The president emphasized that the EPA has said the water is safe for everyone to drink except for children under the age of 6 and pregnant women as long as a water filter is used. At the same time, he urged families to make sure their children are checked out by doctors for lead exposure.

"I want everybody in the city of Flint to know that you should have your child checked," said Mr. Obama, who also warned it could take a year, two years or more to replace the city's water pipes.

Mr. Obama drank a few glasses of filtered Flint water during his visit, which also included a meeting with members of the community and a speech to residents at an area high school. He said he decided to visit Flint after receiving a letter from a concerned 8-year-old girl in the city.

"I also wanted to come here to tell you that I've got your back," Mr. Obama said. "Part of what contributed to this crisis was a broader mindset, a bigger attitude, a corrosive attitude that exists in our politics that exists in too many levels of our government."

"It leads to systemic neglect," he added. "It leads to carelessness and callousness and it leads to a lot of hidden disasters that you don't always read about that are not always flashy, but over time, diminish the life of a community and make it harder for our young people to succeed."

The president also called on Congress, which hasn't passed an aid package yet, to work in a bipartisan manner to do its job and take action to help Flint.

The briefing with federal officials took place at the Food Bank of Eastern Michigan, which is a community center that helped more than 300,000 people last year and has become a hub in the response to the water crisis. The meeting's participants included Health and Human Services Secretary Sylvia Burwell, EPA Administrator Gina McCarthy, Michigan Gov. Rick Snyder, Flint Mayor Karen Weaver and several members of Congress.

Flint's water became contaminated with lead after a state-appointed emergency manager switched the city's drinking source from Lake Huron to the Flint River. Michigan's Department of Environmental Quality failed to require the city to add corrosion-control chemicals and as a result, lead leached from the pipes into the water. The city reconnected to water from Detroit last October, but the damage had already been done. Three state and city government workers were recently charged.