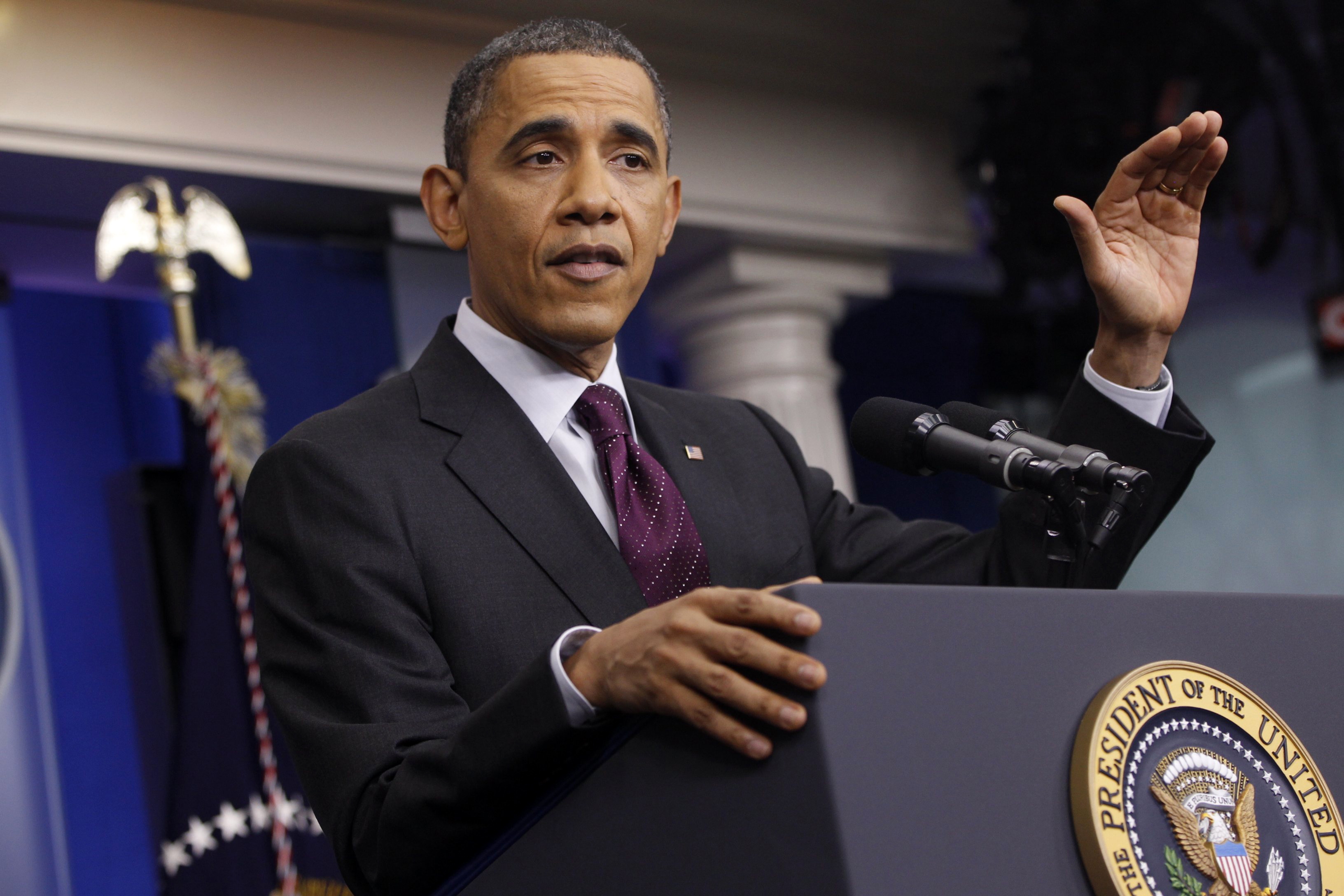 (CBS News) President Obama on Tuesday scoffed at the notion he wants higher gas prices, as some of his critics claim.

Asked about the charge at his first formal White House press conference of the year, Mr. Obama replied to Fox News correspondent Ed Henry's question with a question of his own.

"From a political perspective, do you think the president of the United States going into re-election wants gas prices to go up higher? Is there anybody here who thinks that makes a lot of sense?"

Presidents of both parties have historically considered it harder to get votes if gas prices rise in the months before an election.

In addition to the political reasons for lower gas prices, Mr. Obama noted that he wants them to help the economy.

"I meet folks every day who have to drive a long way to get to work and filling up this gas tank gets more and more painful and it's a tax out of their pocketbooks," he said. "When gas prices go up consumer spending often pulls back. We're in the midst of a recovery starting to build steam, and we don't want to reverse it."

Today's press conference gave Mr. Obama a moment in the media spotlight on a day that would have otherwise belonged to Mr. Gingrich and his Republican rivals -- 10 states are holding their Republican nominating contests today in what's known as "Super Tuesday."

The president reiterated his support for an "all of the above" energy strategy that includes increasing domestic energy production, increasing auto fuel efficiency standards, conservation and developing green energy technologies.

With respect to domestic production, Mr. Obama mentioned clearing up "potential bottlenecks in refineries around the country" -- a concern that the administration has could be in part addressed by the construction on the Southern leg of the Keystone pipeline. Mr. Obama also mentioned that he's directed Attorney General Eric Holder to monitor international oil markets for speculation.

"There is no silver bullet," to lowering prices, Mr. Obama said.

In the past month, gas prices have risen by more than 28 cents per gallon, making fuel the most expensive ever for this time of year. Gingrich in particular has seized on the issue to criticize the president, promoting what he calls the "Gingrich $2.50 plan" to bring prices down.

At the top of his news conference, Mr. Obama jokingly acknowledged the Super Tuesday contests, saying, "I understand there are some political contests going on tonight."

In his remarks regarding his new mortgage relief initiatives, the president also took a shot at former Massachusetts Gov. Mitt Romney when he said, "I'm not one of those people who thinks we can sit by and let the housing market hit bottom."

Romney has more than once said the foreclosure crisis should run its course and hit the bottom in order for the housing market to recover.