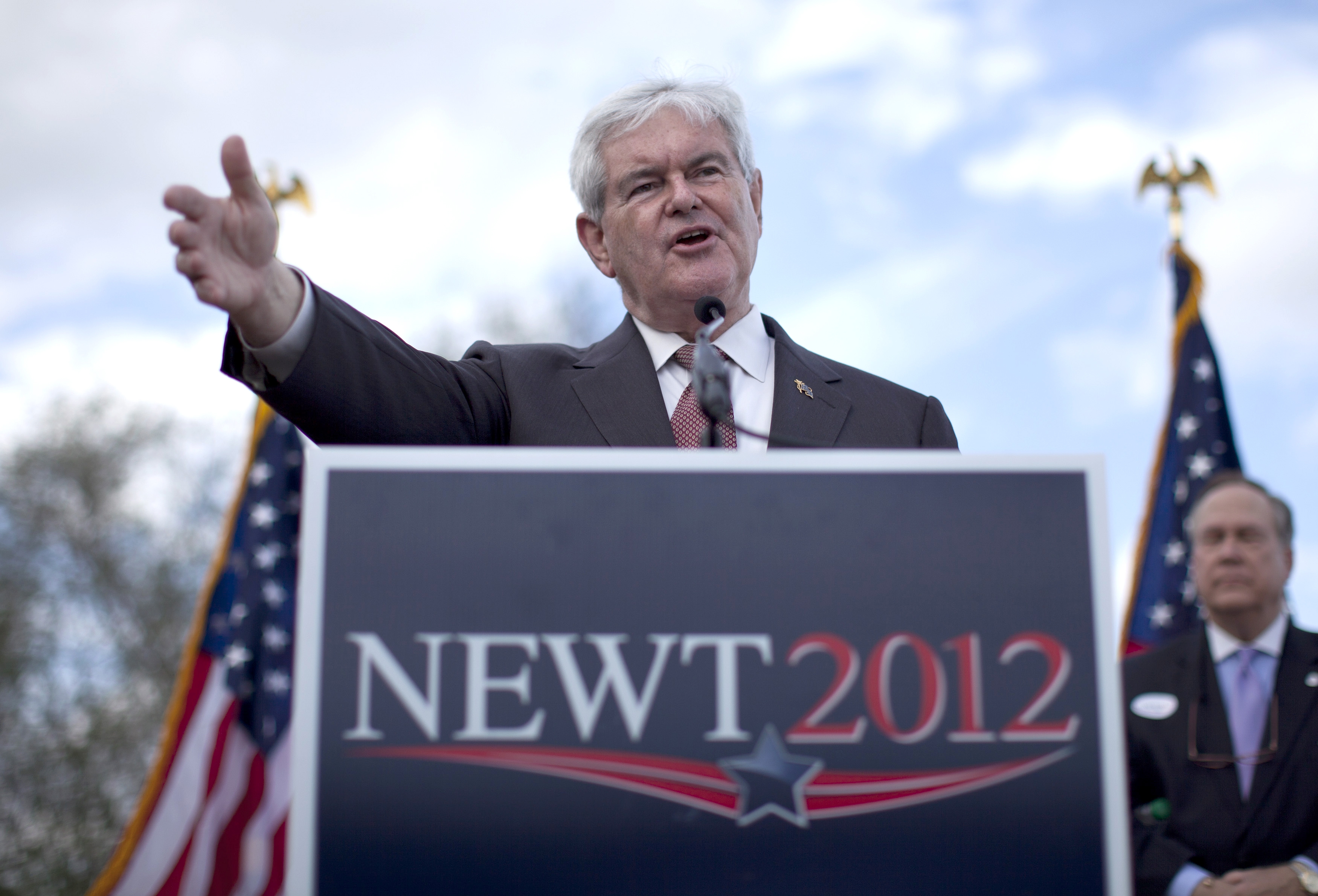 Ahead in the polls in his home state of Georgia, Newt Gingrich is betting Tennessee can help revive his dusty campaign.

The former House speaker is investing both time and money there, hoping a Super Tuesday victory in the Volunteer state can propel him to victory in other Southern states that follow.

After winning just one Republican presidential primary so far -- the South Carolina contest in January - Gingrich has said he must win his home state of Georgia in order to remain a viable candidate. That's an easy hurdle to set up for himself: he's leading by double digits according to recent polls.

Gingrich is also hoping his plan to lower gas prices will help him get votes.

His campaign today began airing an ad in Tennessee slamming President Obama for high gas prices and touting his proposal to bring gas prices down to $2.50 per gallon.

While Gingrich is aiming to build support in the South, Tennessee still presents a challenge for him. A new American Research Group poll, conducted March 1-3, puts Gingrich in third place there with 20 percent. Former Sen. Rick Santorum leads with 35 percent while former Massachusetts Gov. Mitt Romney takes 31 percent. Gingrich outperforms Romney among Tea Party supporters, 30 percent to 17 percent -- but they both trail Santorum, who has 43 percent support among that group.

Some other recent polls suggest the race could be tighter between Santorum, Romney and Gingrich in the state. While Gingrich is visiting Tennessee today, both Santorum and Romney were there over the weekend.

"I don't know if we can win Georgia or Tennessee, but I know we can take delegates out of there," Romney senior adviser Eric Ferhnstrom told reporters.

And even if he loses Tennessee, Gingrich could still take his campaign all the way to the Republican National Convention in Tampa in August. A victory in Georgia, Gingrich told CBS News' Phil Hirschkorn, would say to the nation, "I'm in the race to stay."