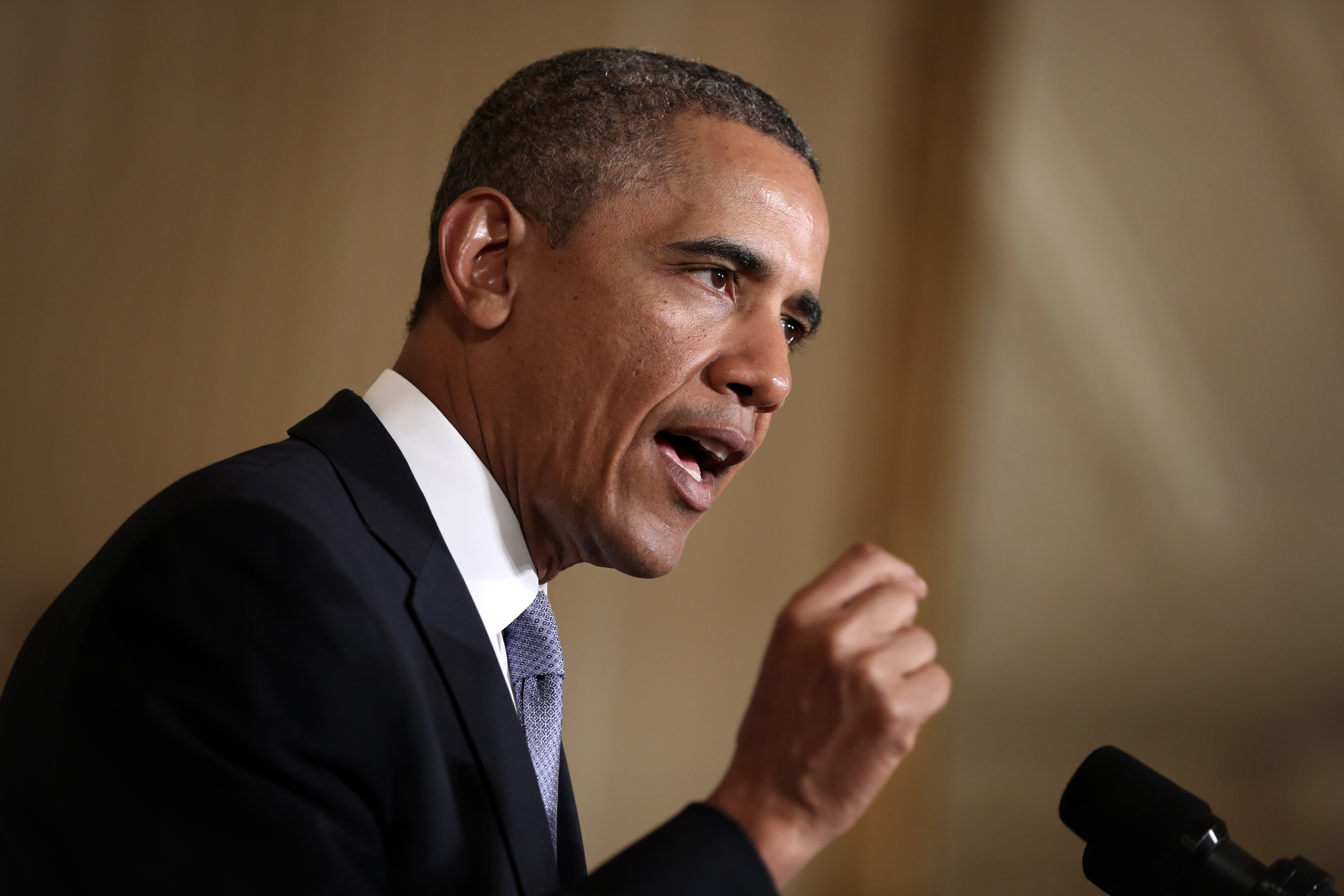 Pushing Congressional Republicans to back an extension of unemployment benefits without finding a way to pay for them, President Obama used a White House speech to take aim at those who argue continuing the federal program to help the long-term unemployed will discourage them from looking for work.

“That really sells the American people short,” Mr. Obama said, surrounded by a handful of people who had lost their benefits when the Emergency Unemployment Compensation (EUC) program expired on Dec. 28. “I can’t name a time where I met an American who would rather have an unemployment check than the pride of having a job.

“The long-term unemployed are not lazy, they’re not lacking in motivation, they’re coping with the aftermath of the worst economic crisis in generations,” the president continued. “Its hard out there. A lot of our friends, our neighbors, have lost their jobs and they are working their tails off every single day.”

The view that emergency benefits discourages people from looking for work has been espoused by some Republicans, including Sen. Rand Paul, R-Ky.,who said on ABC’s “This Week” Sunday, “I do think, though, that the longer you have it, that it provides some disincentive to work, and that there are many studies that indicate this.” Most Republicans, have voiced opposition to passing the bill without paying for it.

Just minutes before Mr. Obama spoke, the Senate voted to begin debate on a bipartisan bill that would extend benefits for three months. Five Republicans joined the bill’s Republican co-sponsor, Sen. Dean Heller, R-Nev., to proceed to debate, surprising some Democrats who doubted it could overcome Republican opposition stemming from the fact that the bill contains no offsets to its $6.5 billion price tag.

“It was in the balance until the very last moment. So I was hopeful, but I guess being Irish, I'm always expecting the worst,” said Sen. Jack Reed, D-R.I., the Democratic co-sponsor of the bill. “I was surprised.”

Mr. Obama called the vote “an important step,” but it still faces an uphill battle. Even if the Senate passes the measure – which may only happen if Democrats agree to negotiate a way to pay for it – it still faces an uphill battle in the House, where Speaker John Boehner, R-Ohio, has said he will only consider a bill that is paid for and includes other job-creation measures.

"One month ago I personally told the White House that another extension of temporary emergency unemployment benefits should not only be paid for but include something to help put people back to work. To date, the president has offered no such plan. If he does, I’ll be happy to discuss it, but right now the House is going to remain focused on growing the economy and giving America’s unemployed the independence that only comes from finding a good job," Boehner said in a statement released after the vote. He said Mr. Obama should instruct the Senate to take up bills passed by the House that would provide job skills training, remove burdens on small businesses, create energy and infrastructure and repeal the health care law, among other things.

In a news conference after the vote, Sen. Chuck Schumer, D-N.Y., the number-three Democrat in the Senate, said that the “best choice” was the pass the Reed-Heller bill with no strings attached, and finding a way to offset the cost acceptable to both parties would be a second choice. “I would caution people, that's a lot easier said than done,” he said.

The EUC program, which was expanded by Congress in 2008 to provide extra income to the long-term unemployed, expired on Dec. 28. Immediately, 1.3 million Americans lost their benefits, and 1.9 million more will lose them in the next six months without a legislative fix. The administration and Democratic allies in the Senate have repeatedly mentioned that the program has typically been extended during times of much lower unemployment without any offsets, including five times during the Bush administration.

Before the Senate vote Tuesday, Minority Leader Mitch McConnell, R-Ky., said that “many on my side” would be happy to extend the benefits so long as they didn’t increase the deficit. He countered with a proposal to Reid that Republicans be allowed to offer an amendment that would pay for the benefits by deferring the Affordable Care Act’s insurance mandate for a year, which the Congressional Budget Office has said could save $35 billion over the course of a year by cutting federal Medicaid spending and delaying new tax credits to help people buy insurance.

That would be unacceptable to Democrats.

The White House has been relying on public support for extending benefits to pressure Republicans into action. Mr. Obama was introduced by Katherine Hackett of Moodus, Conn., the mother of two U.S. servicemen who wrote to the president asking him to extend unemployment insurance. During her brief remarks, Hackett spoke of wearing a coat and hat at home because she cannot afford to turn up the heat and losing weight because she does not have enough money for sufficient food.