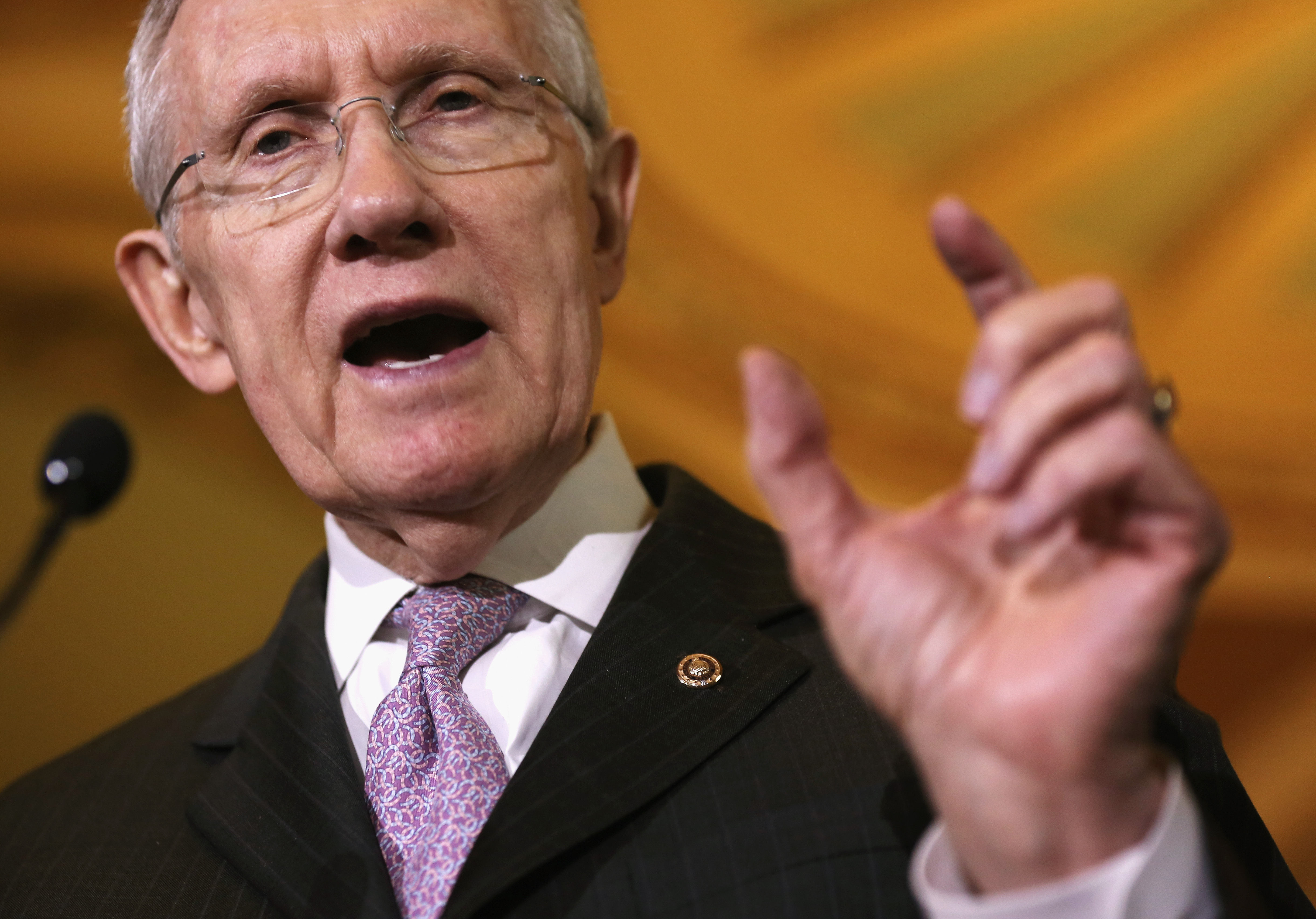 A bipartisan measure to extend the Emergency Unemployment Compensation (EUC) program for three months cleared a procedural vote in the Senate Tuesday morning, despite concern from Republicans who say they would only consider the measure if it were offset by other spending cuts or revenue.

Though the bill was co-sponsored by Sens. Jack Reed, D-R.I., and Dean Heller, R-Nev., just five of Heller’s colleagues joined him in voting to begin debate on the three-month extension of the benefits that would have cost the government $6.5 billion. The EUC program, which was expanded by Congress in 2008 to provide extra income to the long-term unemployed, expired on Dec. 28. Immediately, 1.3 million Americans lost their benefits, and 1.9 million more will lose them in the next six months without a legislative fix.

Senate Majority Leader Harry Reid, D-Nev., asked Republicans to back Heller, their colleague, ahead of the vote. He noted –as administration officials have over the last several days – that Democrats helped extend unemployment benefits during President George W. Bush’s term even when unemployment was much lower.

“These families live in red states, blue states, are Republicans, Democrats, Independents. We shouldn't turn our backs on them,” Reid said. “In the past we've worked together on this. Did we complain when President Bush came to us? Unemployment was nowhere where it is now. There were not long-term unemployed. And we just automatically together extended those benefits. Not today. We're not doing it because we can't get the Republicans to help us.”

Senate Minority Leader Mitch McConnell, R-Ky., said that “many on my side” would be happy to extend the benefits so long as they didn’t increase the deficit. He countered with a proposal to Reid that Republicans be allowed to offer an amendment that would pay for the benefits by deferring the Affordable Care Act’s insurance mandate for a year, which the Congressional Budget Office has said could save $35 billion over the course of a year by cutting federal Medicaid spending and delaying new tax credits to help people buy insurance.

That, of course, is a nonstarter with Democrats.

Even as the administration has continued to publicly push for an extension of the benefits without any offsets, Republican opposition grew throughout the day Monday. Several lawmakers, including Sens. Mark Kirk, R-Ill., and Bob Corker, R-Tenn., came out against the measure on Monday because it was not paid for.

Outside conservative groups piled on as well, urging lawmakers to vote “no” and promising to include the vote in a legislative scorecard.

“Taxpayers not cannot afford tens of billions in new spending (a full one-year extension would cost upwards of $25 billion), and even if lawmakers attempt to offset this new spending with real cuts elsewhere, they would still be throwing taxpayer money at an ineffective and wasteful program,” Heritage Action, one such group, said in a press release announcing their opposition.

They echoed a position taken by other lawmakers, which is that benefits for the long-term unemployed can have an adverse effect.

“I think it's wrong to borrow money from China or simply to print up money for it. But I'm not against having unemployment insurance. I do think, though, that the longer you have it, that it provides some disincentive to work, and that there are many studies that indicate this,” said Sen. Rand Paul, R-Ky., on ABC’s “This Week” Sunday.

The five Republicans who joined Heller in voting to begin debate on the Reed-Heller bill were Kelly Ayotte of New Hampshire, Dan Coats of Indiana, Susan Collins of Maine, Lisa Murkowski of Alaska and Rob Portman of Ohio. All Democrats and both Independents voted yes, and 37 Republicans voted no.

Some, like Portman, may not actually vote to pass the bill if the Senate doesn't find a way to pay for it. "I voted to proceed with the debate over how to address unemployment insurance with the hope that during the debate the Senate will agree to pay for the extension and work to improve the unemployment insurance program so it works better to connect those unemployed with available jobs.  Not paying for the extension adds to the nation's historic debt, causing more uncertainty for the economy and making it harder to create jobs," he said in a written statement after the vote.

President Obama will continue a public show of support for an extension in a speech Tuesday, where he will be accompanied by Americans who have lost their benefits.

Speaking to reporters Monday ahead of the vote, Gene Sperling, the director of the National Economic Council, urged lawmakers to pass the legislation even though it is not paid for.

“We have just an urgent situation right now.  As I said, today is the day. People have been cut off, but today is the day they find the check not there.  The President believes that we should pass this right away with no strings attached,” he said in response to a question from CBS News White House Correspondent Major Garrett about whether the administration would consider negotiating some sort of an offset.

Even if the bill makes it out of the Senate, House Speaker John Boehner, R-Ohio, indicated it would only have a future in the House if it was fully paid for and included measures to help create jobs.

"One month ago I personally told the White House that another extension of temporary emergency unemployment benefits should not only be paid for but include something to help put people back to work. To date, the president has offered no such plan. If he does, I’ll be happy to discuss it, but right now the House is going to remain focused on growing the economy and giving America’s unemployed the independence that only comes from finding a good job," Boehner said in a statement released after the vote. He said Mr. Obama should instruct the Senate to take up bills passed by the House that would provide job skills training, remove burdens on small businesses, create energy and infrastructure and repeal the health care law, among other things.