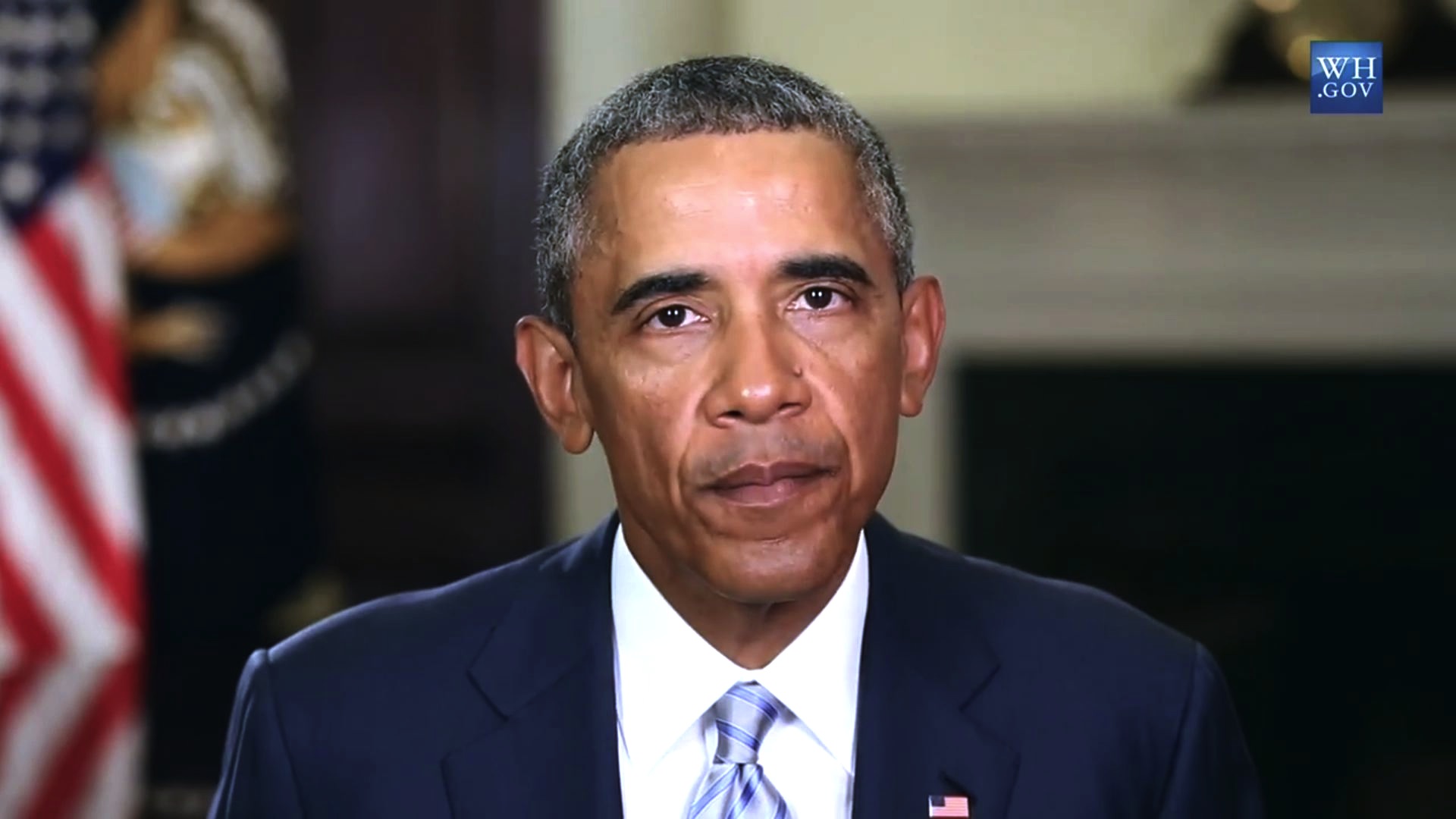 Ahead of a three-day trip to Alaska that begins Monday, President Obama is thrusting climate change into the spotlight, warning of the dangers global warming presents for the United States.

"If another country threatened to wipe out an American town, we'd do everything in our power to protect ourselves," Mr. Obama said Saturday in a video. "Climate change poses the same threat, right now."

"This is all real," the president added. "This is happening to our fellow Americans right now."

Mr. Obama cited Alaska's increasing wildfires, melting glaciers and eroding shorelines as reason enough for America to lead on climate policy. He touted U.S. and Chinese negotiations to set "ambitious" climate targets and said it was "a good sign" ahead of December's global climate summit in Paris.

But as the president pushes for more awareness on the global warming front, Mr. Obama also treads a shaky line on energy policy, especially when visiting a state whose economy relies heavily on oil.

Defending a controversial decision earlier this year to grant the Royal Dutch Shell company a permit to drill off the Alaskan coast, the president assured his audience that he too shares concerns about offshore drilling.

"I remember the BP spill in the Gulf of Mexico all too well," Mr. Obama said. But, he said, America's economy still relies largely on fossil fuels, and "as long as that's the case, I believe we should rely more on domestic production than on foreign imports, and we should demand the highest safety standards in the industry - our own."

"We don't rubber-stamp permits," the president added. "We made it clear that Shell has to meet our high standards in how they conduct their operations."

Mr. Obama will be the first sitting president to visit the Alaska Arctic, when he travels to the town Kotzebue on the last leg of his trip.

In their own video, Republicans continued to knock the president for negotiating a nuclear deal with Iran that ensures Tehran will get "a cash bonanza" after economic sanctions are lifted.

"Iran doesn't behave like the peaceful countries that have nuclear programs," Rep. Ed Royce, R-California, said in a video Saturday. "Why does this agreement treat it like one?"

"Iran gets a cash bonanza, it gets a boost to its international standing and a path toward nuclear weapons," the House Foreign Affairs Committee chair added.

When Congress reconvenes after its August recess, the legislative body will have to vote on whether to approve or disapprove the deal. Mr. Obama has warned that he would veto the bill if Congress rejects the deal.

Senate Foreign Relations Committee Chair Bob Corker, R-Tennessee, said earlier this week that the deal is likely to be implemented, despite GOP attempts to block it.

"My guess is this agreement is going to happen," Corker said during an event at Belmont University on Wednesday. "At the end of the day, I don't think there's going to be likely a veto-proof number of people to keep it from occurring."

But Corker's acknowledgements aren't stopping Republicans from moving forward with their objections.

"We all wanted this negotiation to succeed, but as America's representatives, we must ask - is this agreement in the long-term national security interest of the United States?" Royce said.