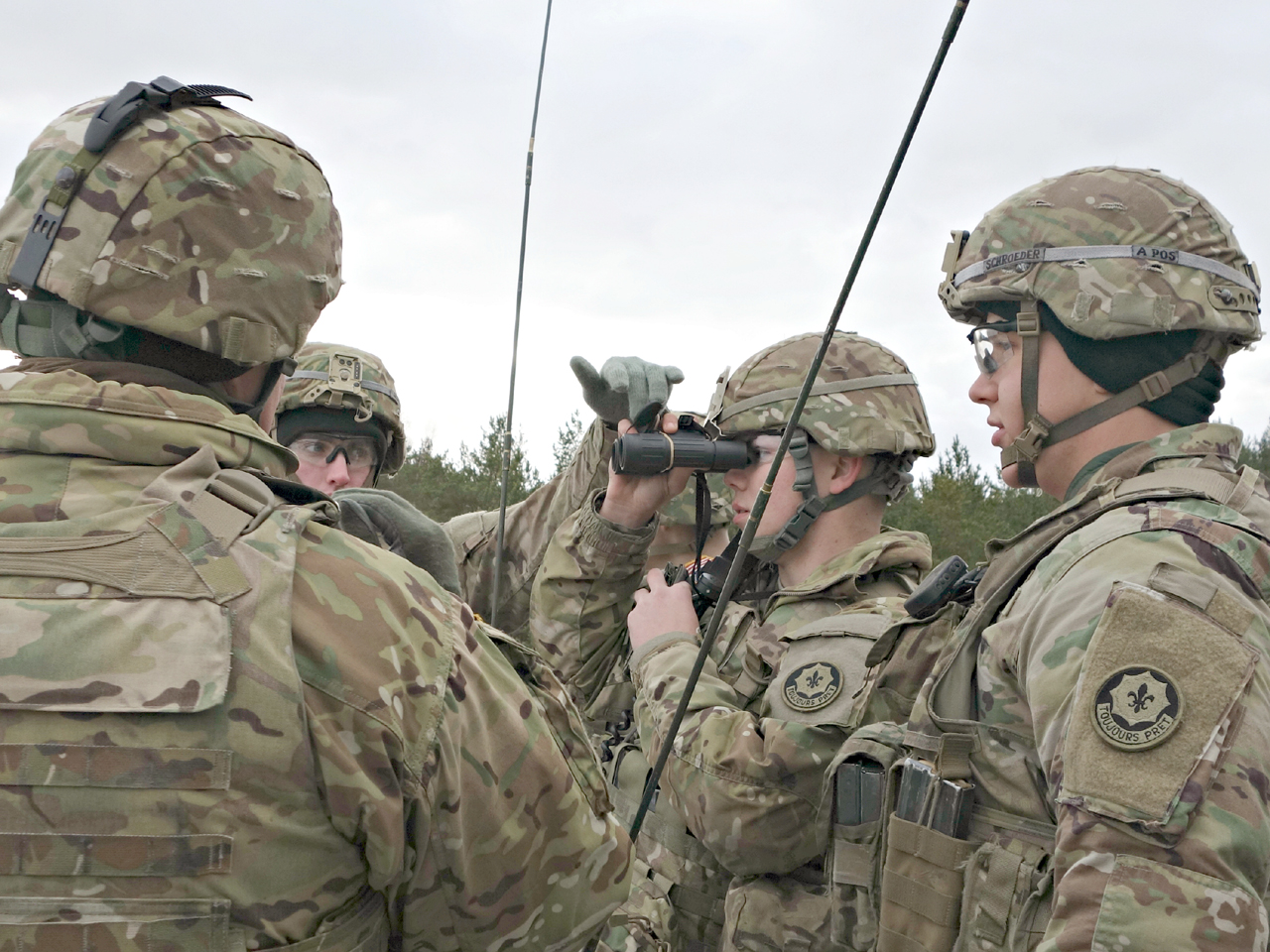 WIESBADEN, Germany -- At a base in Ādaži, Latvia, U.S. troops are using a sophisticated simulator to train Latvian soldiers to call in airstrikes. But today, it's an American in the hot seat.

"We want him to sweat a little bit," Torres says, before ordering a virtual mortar attack to see how McDonald will respond. A Latvian soldier stands just off to the side, observing the exercise.

There are 175 Americans at this base, training the Latvians for a number of different scenarios. The Latvians, in turn, lead exercises like cold water survival training, which recently had the Americans jumping into a lake through several inches of ice in frigid temperatures.

This is the kind of cooperation the U.S. is hoping will deter further aggression by Russia.

"It is already sending a powerful signal to allies," Lt. General Ben Hodges, the commanding General of U.S. Army Europe, told CBS News. "It also sends a powerful message about deterrence, deterring Russia from further aggression from what it started two years ago when it annexed Crimea."

"It all boils down to speed," he said. "By having equipment on the ground in Europe you can have forces move more quickly to an area that looks like it may be a threat."

That could mean another 1,400 U.S. military vehicles pre-positioned in Europe. One brigade's worth of equipment has already arrived in Eastern Europe.

In a recent series of war games, the RAND Arroyo Center looked at the possible outcome of a Russian invasion of the Baltic States. As presently postured, the report said, NATO could not successfully defend the territory.

"I don't agree with all of their assessment," Hodges said."I'm a little more optimistic than that. But that doesn't change the fact that if deterrence fails, it will take a long time to get adequate capability back over here to eject the Russians from NATO."

Moving with speed and interoperability with allies and partners will also be the focus of an upcoming exercise called Anakonda in June. The exercise, which will involve more than 25,000 troops from 24 nations, will be led by Poland. Other nations sending troops will include the U.S., Albania, Bulgaria, Canada, the Czech Republic, Estonia, Georgia and Romania.

"This is the first exercise of this size with the presence of U.S. and allied troops," said Polish Brig. Gen. Stawomir Wojciechowski.

Aside from conventional warfare, one key focus of Anakonda will be the type of hybrid conflict seen in Crimea.

"Not war but hostile actions," Wojciechowski said. That includes electronic warfare and the use of un-manned aerial systems and "other capabilities we've never used in a non-war scenario."

Gen. Hodges insists the exercise is not meant to provoke Russia.

"You will hear the Russians say this is provocative," he said. "But it's neither threatening nor provocative."

The Polish have reached out to the Russians to observe the exercises.

So far there's been no response.