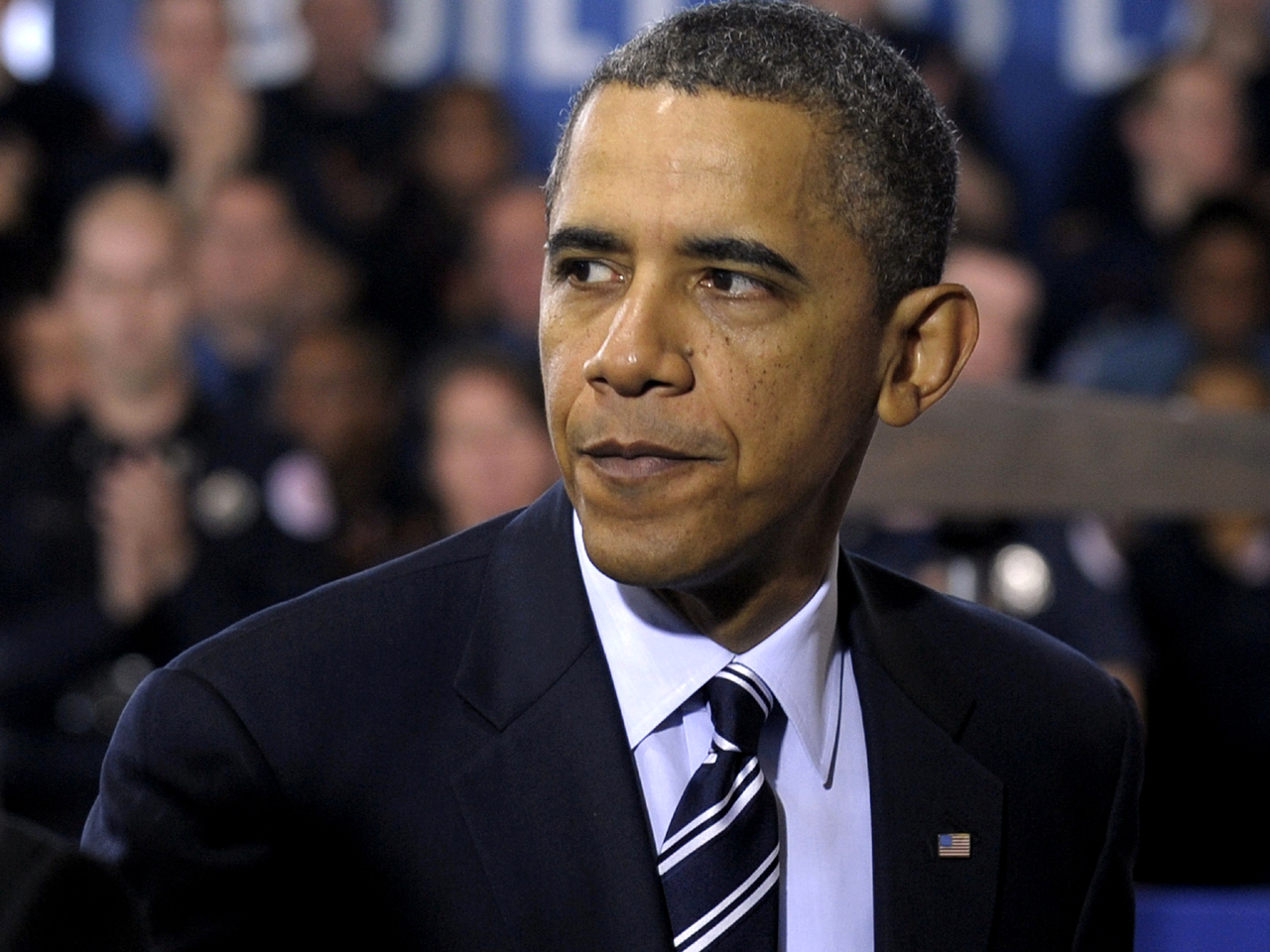 WASHINGTON -- President Barack Obama is making a strong election-year push for an economic revival "built on American manufacturing." But he faces an uphill slog, with little consensus even within his own party on how to do it.

For decades, the United States has gradually shifted from creating goods to providing services. Fifty years ago, a third of U.S. jobs were in manufacturing. Now they account for just 9 percent, according to the Bureau of Labor Statistics. A manufacturing renaissance is being preached both from the White House, on the GOP campaign trail and in Super Bowl commercials.

Obama's prescription for a manufacturing comeback will be fleshed out in the new budget he submits on Monday. He is proposing tax incentives to companies that move their overseas operations back to the United States, along with tax penalties for those that don't, more training and additional education.

But few of his ideas are likely to be enacted in this highly-charged election year.

Since the recession officially ended nearly 2 1/2 years ago, manufacturing production has increased 15 percent, helped by the replacement of aging equipment and software and strong demand from foreign markets. But Federal Reserve Chairman Ben Bernanke told Congress this week that the rebound might not last: "More recently, the pace of growth in business investment has slowed, likely reflecting concerns about both the domestic outlook and developments in Europe."

There are political overtones to Obama's State of the Union appeal for "an economy that's built to last, an economy built on American manufacturing." Polls show support for the president has slipped in Rust Belt battleground states he won in 2008.

Helping manufacturers recover is also being talked up by Republican presidential contenders, who all blame Obama's policies for contributing to the decline.

Former Sen. Rick Santorum wants to eliminate the U.S. corporate tax completely for manufacturers, saying it would help put "men and women in this country who built this country back to work." Mitt Romney's get-tough rhetoric on China appears to be winning attention from workers and former workers in industries that have lost jobs to China. The former Massachusetts governor promises "to make America a more attractive place for manufacturers to invest." Former House Speaker Newt Gingrich says we "badly need to rebuild our manufacturing base," promoting job creation in the defense, energy and space industries.

This heavy attention on manufacturing may be misplaced, economists suggest.

"The vast majority of jobs in the future are going to be created in the service sector, not the manufacturing sector," said Nigel Gault, chief U.S. economist for the consulting firm IHS Global Insight. He said he thought it was "a bit misleading" to focus so much on manufacturing.

"I'm not sure why manufacturing rather than any other industry warrants tax incentives," Gault added.

-- Prevent U.S. companies from deducting moving expenses when they shift production overseas, while offering a 20 percent moving-expense tax credit for businesses returning to the U.S.

-- Modify a tax credit for domestic production to make it apply more narrowly to manufacturing.

-- Reduce the nominal maximum 35 percent corporate tax, most likely taking it down to the high 20s. He also may propose a minimum tax on overseas profits.

Obama also has called for a minimum 30 percent tax rate on annual incomes of more than $1 million. Business interests claim it could harm small and medium-sized manufacturers who file tax returns as individuals.

"Let's not fool ourselves. We're not going to have the kind of manufacturing-based economy we had 30 or 40 years ago," says Robert Reich, labor secretary under President Bill Clinton. And Christina Romer, who headed the president's Council of Economic Advisers from 2009-2010, says it is wrong to suggest that producing "real things" is more important than "services."

"American consumers value health care and haircuts as much as washing machines and hair dryers. Our earnings from exporting architectural plans for a building in Shanghai are as real as those from exporting cars to Canada," she wrote.

Jay Timmons, president of the National Association of Manufacturers, said his organization agrees with Obama in part, that "manufacturers are poised for a renaissance."

"The good news is everybody is talking about manufacturing today. Even on the Super Bowl, you saw ad after ad referring to the promise and the potential of manufacturing in America," he said. The bad news? It is still "20 percent more expensive to manufacture in the United States than it is anywhere else in the world," Timmons said. Obama supporters argue his proposals would help make U.S. factories more competitive.

One much-discussed Super Bowl ad was a Chrysler spot featuring actor Clint Eastwood that celebrates Detroit, suggesting it was near collapse until the residents "all pulled together." Eastwood implores the nation to do the same. Some Republicans called the spot a valentine to Obama's auto bailout. Eastwood insists it was apolitical.

Despite the job losses, the U.S. remains an exporting powerhouse, right behind No. 1 China and vying with Germany for the No. 2 rank. U.S. factories have steadily become more advanced and automated, requiring only a fraction of the workers previously needed.

Yet, China is beginning to take some market share from the U.S. in exporting advanced products and equipment, said a report by the U.S. Business and Industry Council, which represents mainly family-owned companies.