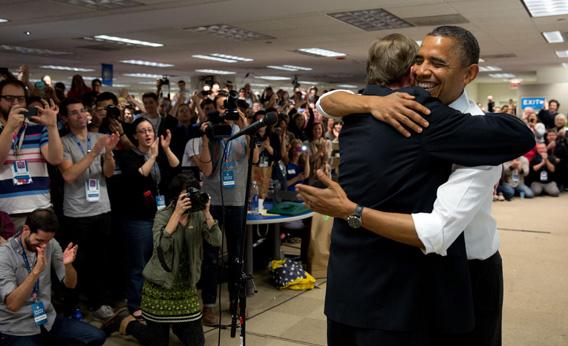 In its first quarter as a legislative advocacy group, Organizing for Action - formerly President Obama's re-election campaign apparatus - raked in a $4.9 million fundraising haul since its establishment, a source told CBS News.

The group, which transformed from a presidential campaign to an advocacy project following Mr. Obama's re-election, aims to organize widespread grassroots support on behalf of the president's legislative agenda.

According to an email sent to supporters this morning, nearly 111,000 donors contributed to the group, with an average donation of about $44.

"In just the first few months of this brand-new organization, 109,582 supporters stepped up and invested in what we're building together -- from the grassroots up," said OFA's Jon Carson, in an email. "To anyone who thought we couldn't do this, these numbers send a pretty clear message. It's never been done before, but supporters like you are doing it."

Considering the Obama organization's formidable fundraising reputation, a $4.9 million haul pales in comparison to the kind of money that came in during the election, when both the Obama and Romney campaigns would sometimes raise more than $100 million in a quarter.

OFA's new iteration didn't really kick into full gear until February, however, and the first quarter report covers only through March 31. Their second quarter report - which will cover from April 1 through June 30 and be made public in mid-July - will serve as a more accurate marker for their full-quarter capacities.

Regardless, the organizing group isn't expected to raise anywhere near the kind of money that came in during the height of the presidential campaign, during which OFA raised a total of $715 million. Combined with the DNC, his campaign apparatus topped $1.2 billion and gave Mr. Obama the dubious distinction of being the biggest political fundraiser in American history.

Despite its nascent status, Organizing for Action has already been targeted for what some believe are overly cozy ties with the president's official White House team: Earlier this year, it was hit with allegations that high-paying donors were being promised the opportunity to meet the president at the White House. Last month, OFA held what it called an "organizing summit" for donors and volunteers in Washington, D.C., and the president was one of the event's featured speakers.

Jim Messina, who managed Mr. Obama's 2012 re-election campaign and now helms OFA's new iteration, denied that charge, arguing that "the president will do what he did during the campaign, which is communicate to his grassroots supporters and ask for their help."

He stressed the meetings were "not in the White House" and amounted to events "where our supporters are briefed about what the president's doing."

"The president has laid out a very clear agenda," Messina said in March. "This organization's only goal is to help this president pass this agenda."

Mark Knoller contributed to this report