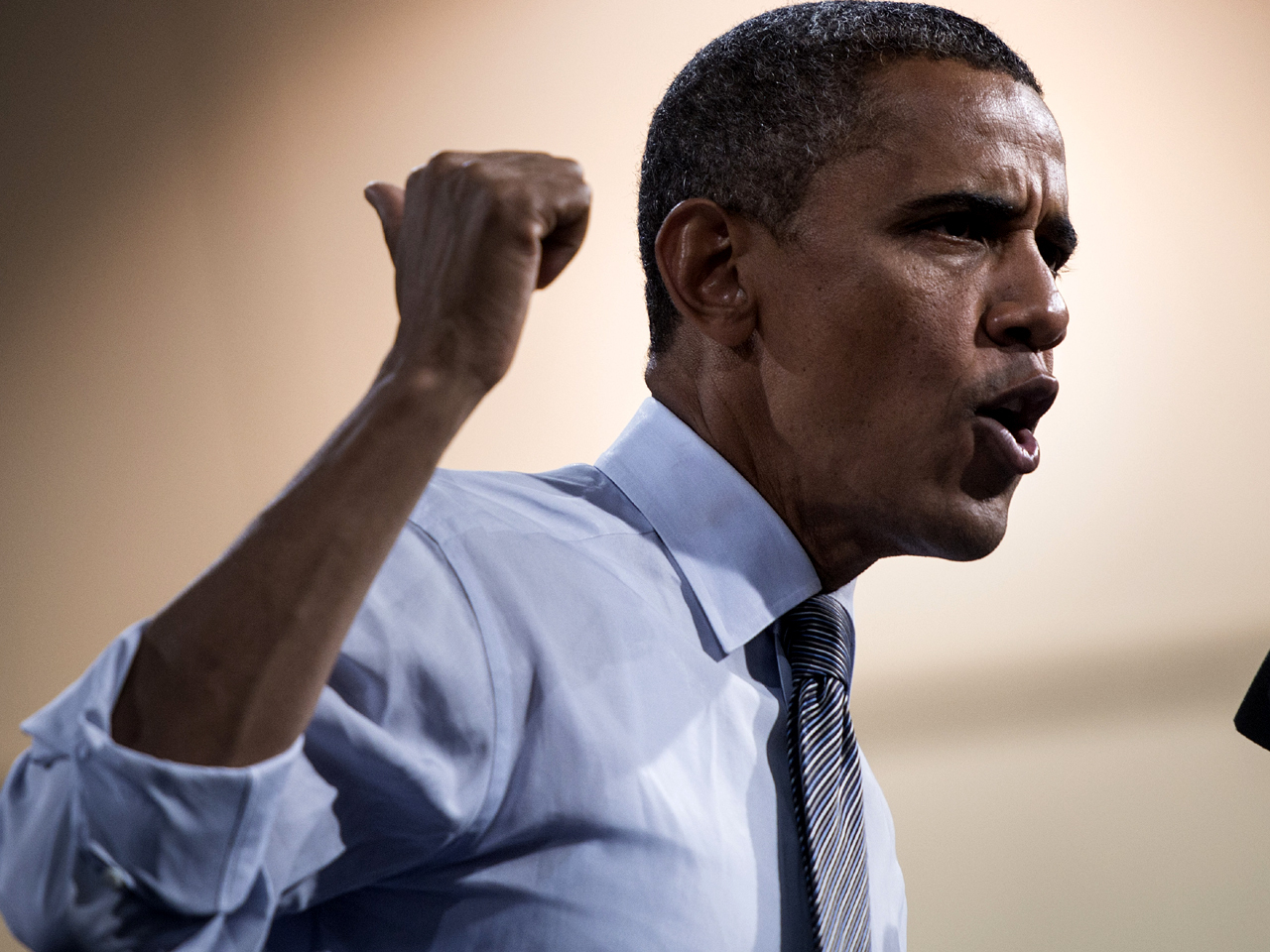 (CBS/AP) WASHINGTON - President Obama says the U.S. would not consider Egypt an ally, "but we don't consider them an enemy."

Mr. Obama said in an interview with the Spanish-language network Telemundo that Egypt is a "new government that is trying to find its way." He warns that if the Egyptian government takes actions showing "they're not taking responsibility," then it would "be a real big problem."

Watch the interview on Telemundo

The president discussed the Middle East Wednesday in the aftermath of protests at the U.S. Embassy in Cairo that led to crowds climbing the embassy walls and tearing down an American flag, which they replaced briefly with a black, Islamist flag. It coincided with attacks on the U.S. Consulate in the Libyan city of Benghazi that led to the killing of the U.S. ambassador and three other Americans.

The White House said that Mr. Obama called the presidents of Libya and Egypt and urged them to continue working with the United States to ensure the safety of diplomatic personnel.

Mr. Obama thanked Libyan President Mohamed Magariaf for his condolences over the deaths of U.S. Ambassador Christopher Stevens and three other State Department officers during an assault on the U.S. Consulate in Benghazi Tuesday. The White House says the two leaders agreed to work together to bring the attackers to justice.

During a second call Tuesday, Egyptian Islamist President Mohammed Morsi promised that Egypt "would honor its obligation to ensure the safety of American personnel," the White House said.

Mr. Obama told Morsi that while "he rejects efforts to denigrate Islam ... there is never any justification for violence against innocents."

Morsi on Thursday condemned the attack on Libya and vowed to protect foreign embassies in Cairo, where police were using tear gas to disperse protesters at the U.S. mission.

The violence that spread Thursday from Egypt and Libya to Yemen comes as outrage grows over an obscure movie made in the United States called "Innocence of Muslims" that mocked Islam's Prophet Muhammad.

Speaking during a visit to the European Union in Brussels, Morsi said he had condemned "in the clearest terms" Tuesday's attacks.

He also harshly criticized the movie, which came to attention in Egypt after its trailer was dubbed into Arabic and posted on YouTube.

"We condemn strongly ... all those who launch such provocations and who stand behind that hatred," Morsi said, adding that he had asked Mr. Obama "to put an end to such behavior."

"But at the same time we say this cannot be taken as a justification for attacking embassies or consulates," he said. "The Egyptian state is responsible for protecting embassies and consulates, and the Egyptian people will not engage in these ... unlawful acts."

The protests at the U.S. Embassy in Cairo continued on Thursday, with protesters clashing with police near the U.S. mission.

Protesters in Yemen, meanwhile, stormed the U.S. Embassy in Sanaa.

Officials were investigating whether the Libya rampage was a backlash to the video or a plot to coincide with the anniversary of the Sept. 11 terrorist attacks.

A U.S. source told CBS News investigative producer Pat Milton that it is appearing more and more like the attack was one of opportunity rather than pre-planned, but nothing has been determined yet.

U.S. officials believe the militants were using the demonstration against the video as a cover to get into the consulate and then take as much revenge as they could on Americans, CBS News national security correspondent David Martin reports.