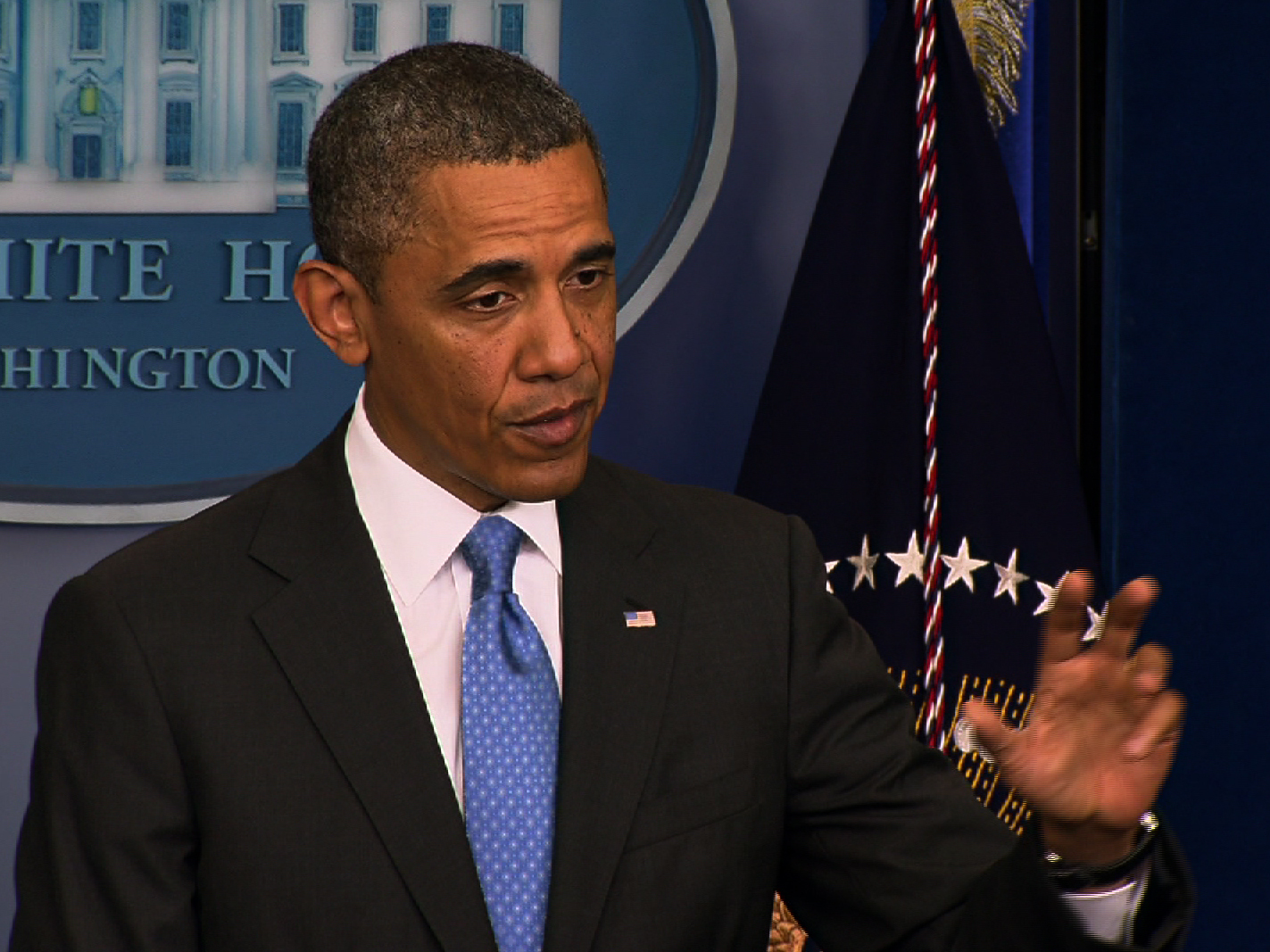 Amid mounting outrage over the building impacts of sequestration, President Obama on Tuesday maintained his determination to find a way to avert the pain - but insisted it's not his job to make Congress "behave" and do "their job."

The president, speaking to reporters at a press conference, acknowledged that sequestration is "damaging our economy" and "hurting our people." But this is not news to him, he said, reminding reporters that Republicans had previously accused his administration of having "exaggerated the effects of the sequester" for purposes of political gain.

"You will recall that, you know, even as recently as my campaign, Republicans were saying, 'sequester is terrible; this is a disaster; it's going to ruin our military; it's going to be disastrous for the economy; we've got to do something about it,'" he recalled. "Then, when it was determined that doing something about it might mean that we close some tax loopholes for the wealthy and the well connected, suddenly, 'Well, you know what? We'll take the sequester.' And the notion was somehow that we had exaggerated the effects of the sequester. Remember? The president's, you know, 'crying wolf; he's Chicken Little; the sequester? No problem.'"

Now, he said, the impacts about which the administration had warned "are happening." And Congress's willingness to fix some but not all of the problems it's yielded - including delays for air travel brought on by furloughs at the Federal Aviation Administration (FAA) - is "not a solution."

"Essentially what we've done is, we've said, in order to avoid delays this summer, we're gonna ensure delays for the next two or three decades," Mr. Obama said. "The alternative, of course, is either to go ahead and impose a whole bunch of delays on passengers now, which also does not fix the problem, or the third alternative is to actually fix the problem by coming up with a broader larger deal."

The president has repeatedly stressed his desire for a wide-ranging package that would eliminate the across-the-board sequestration cuts through a series of measures, among which include increased tax revenues through closing loopholes. But due to the "dysfunctional" nature of Congress, he said, even the most modest of legislation gets "gummed up the works."

Despite some "good conversations" with Republican senators on Capitol Hill, the president said, and "a genuine desire on many of their parts to move past not only sequester but Washington dysfunction," the president argued there's only so much he can do to make Congress act.

"You seem to suggest that somehow these folks over there have no responsibilities, and that my job is to somehow get them to behave," Mr. Obama told a reporter. "That's their job. They're elected -- members of Congress are elected in order to do what's right for their constituencies and for the American people."

Despite the gridlock, the president said he was "confident" Congress would pass bipartisan immigration reform, to which he referred as an "historic achievement." He noted that while the bill negotiated by a bipartisan group of eight senators -- the so-called "Gang of Eight" -- was "not the bill that I would have written," the Senate bill up for discussion meets his basic criteria for reform legislation.