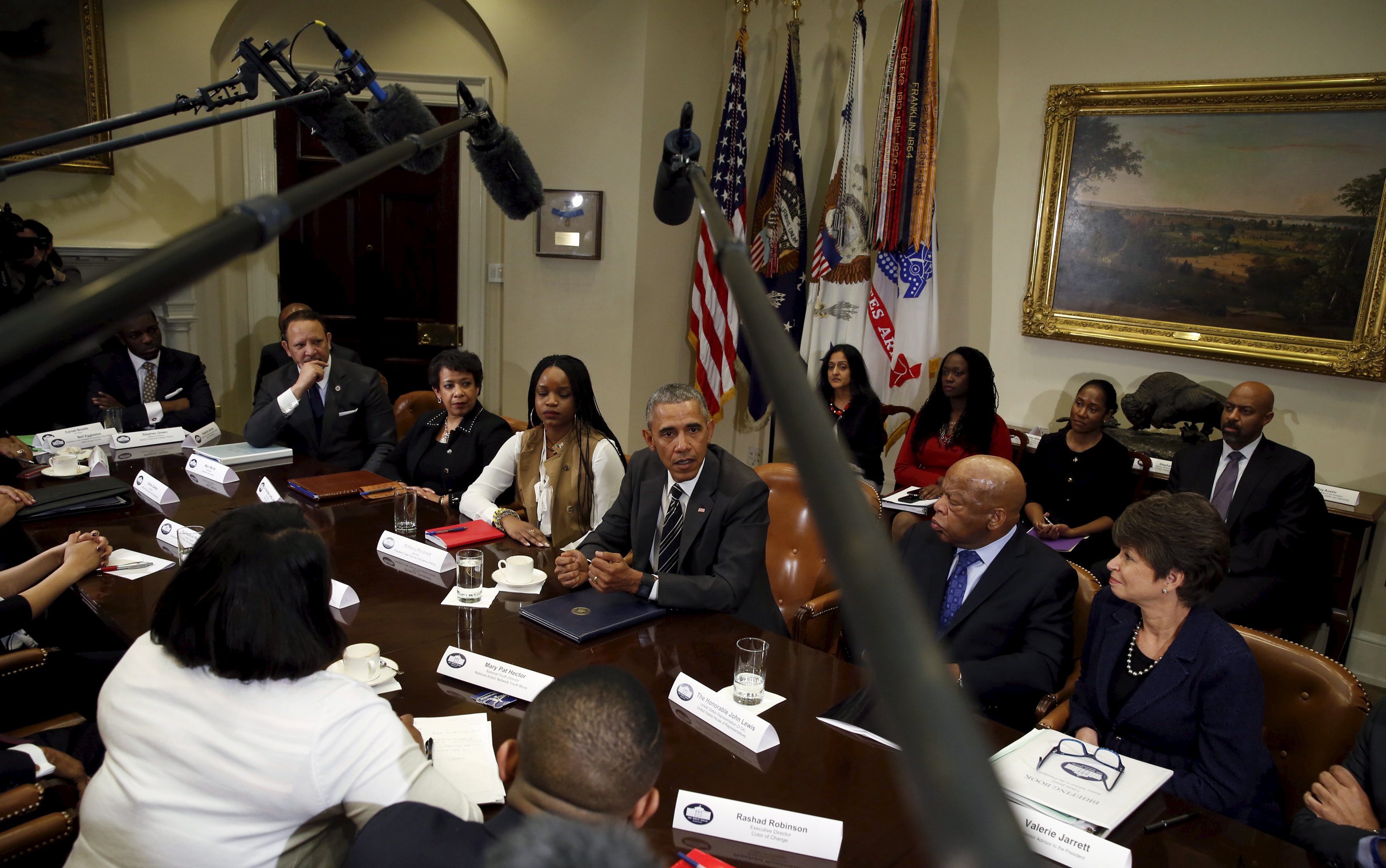 President Obama celebrated Black History Month Thursday, meeting with more than a dozen civil rights leaders and delivering remarks at a reception to honor the occasion.

"From our earliest days, black history has been American history," Obama said at the reception. "We're the slaves who quarried the stone to build this White House, the soldiers who fought for our nation's independence, who fought to hold this union together, who fought for freedom of others around the world."

At the meeting with civil rights leaders, Obama sat between Rep. John Lewis (D-Ga.) and Brittany Packnett, a Ferguson, Mo., activist and a member of the President's Task Force on 21st Century Policing. In his remarks, Obama made reference to the inter-generational nature of the event: Lewis, for example, hails from the original Civil Rights movement of the 1960s, while Packnett and several others in attendance are part of a younger generation of activists.

"What's so inspiring about these young people and their generation is that they don't see black history as a relic; it's not something to study in a book," Obama said at the reception. "They don't see themselves as distant from that history -- they are participants, making history. It's alive, something that we have the power and the responsibility to shape and to wield."

Obama said "a lot of the discussion" centered on criminal justice reform and education reform, according to a pool report.

"All of these things require resources," Obama said, noting that the administration prioritized these issues in its current budget proposal.