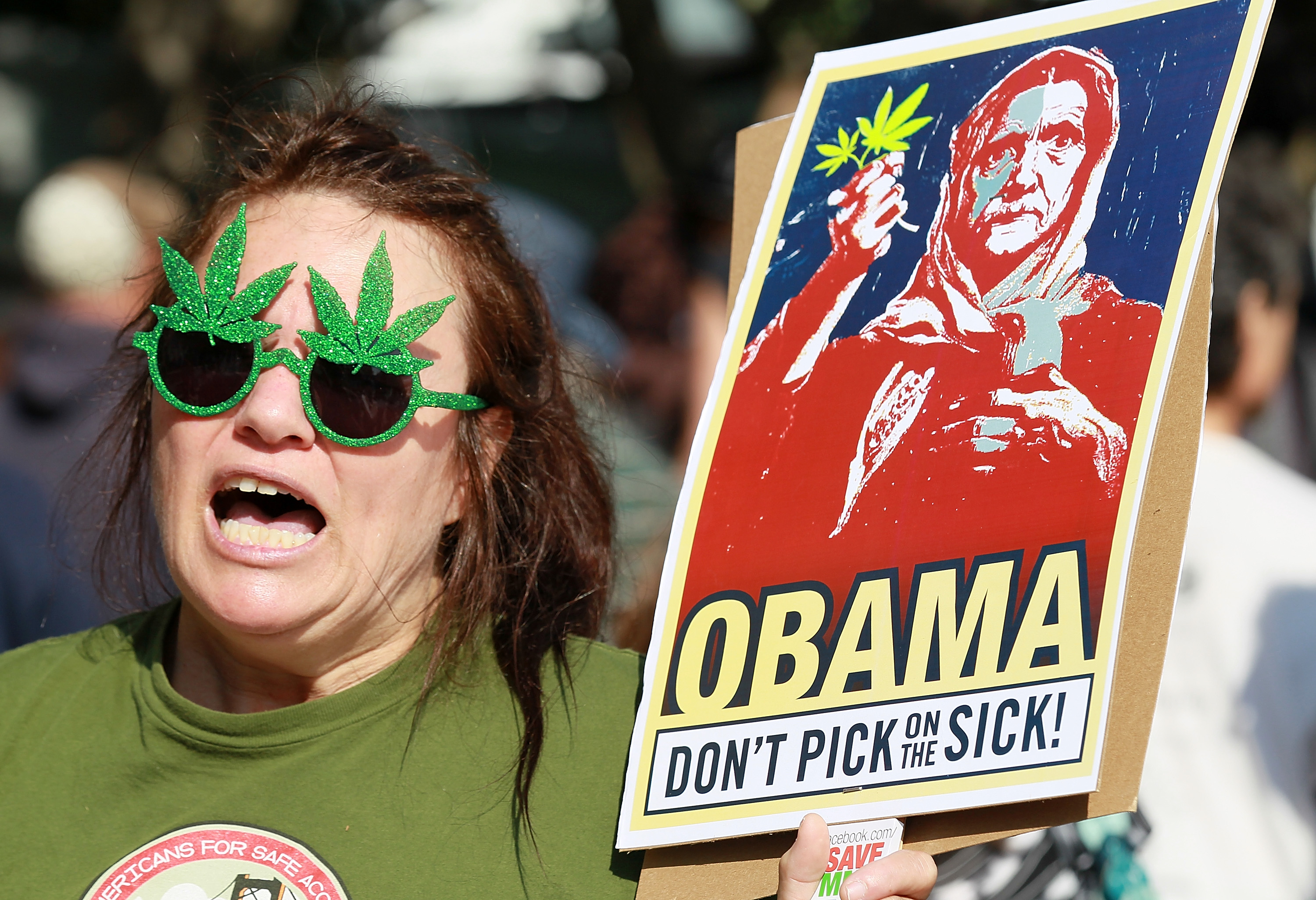 President Obama waded into the controversial politics of marijuana in an interview published Sunday, saying he’s not convinced pot is “more dangerous than alcohol” and arguing it’s “important” to allow recent legalization efforts in Colorado and Washington State to proceed.

“As has been well documented, I smoked pot as a kid, and I view it as a bad habit and a vice, not very different from the cigarettes that I smoked as a young person up through a big chunk of my adult life,” the president told the New Yorker’s David Remnick. “I don’t think it is more dangerous than alcohol.”

The president even argued marijuana is less dangerous “in terms of its impact on the individual consumer.”

Still, “It’s not something I encourage, and I’ve told my daughters I think it’s a bad idea, a waste of time, not very healthy,” he added.

The president also said he’s troubled by racial disparities in the application of marijuana laws.

“Middle-class kids don’t get locked up for smoking pot, and poor kids do,” he explained. “And African-American kids and Latino kids are more likely to be poor and less likely to have the resources and the support to avoid unduly harsh penalties.”

Mr. Obama ascribed some element of hypocrisy to lawmakers who’ve stiffened penalties against pot use despite some probable experimentation of their own.

“We should not be locking up kids or individual users for long stretches of jail time when some of the folks who are writing those laws have probably done the same thing,” the president said.

Mr. Obama seemed to welcome recent efforts to legalize the drug for recreational use in Washington and Colorado “because it’s important for society not to have a situation in which a large portion of people have at one time or another broken the law and only a select few get punished.”

Despite the fact that marijuana use is still illegal under federal law, the government announced in August last year that it would not halt the legalization efforts then underway in those two states – part of an effort to re-prioritize drug enforcement resources.

In the interview, the president also lent credence to opponents of legalization, however, saying advocates of full legalization have likely overstated their case by framing the change as a “panacea” for many social ills.

And he nodded at the “slippery slope” argument commonly voiced by foes of more permissive drug laws, wondering where the line will eventually be drawn.

“When it comes to harder drugs, the harm done to the user is profound and the social costs are profound,” he said. “And you do start getting into some difficult line-drawing issues. If marijuana is fully legalized and at some point folks say, ‘Well, we can come up with a negotiated dose of cocaine that we can show is not any more harmful than vodka,’ are we open to that? If somebody says, ‘We’ve got a finely calibrated dose of meth, it isn’t going to kill you or rot your teeth,’ are we O.K. with that?”