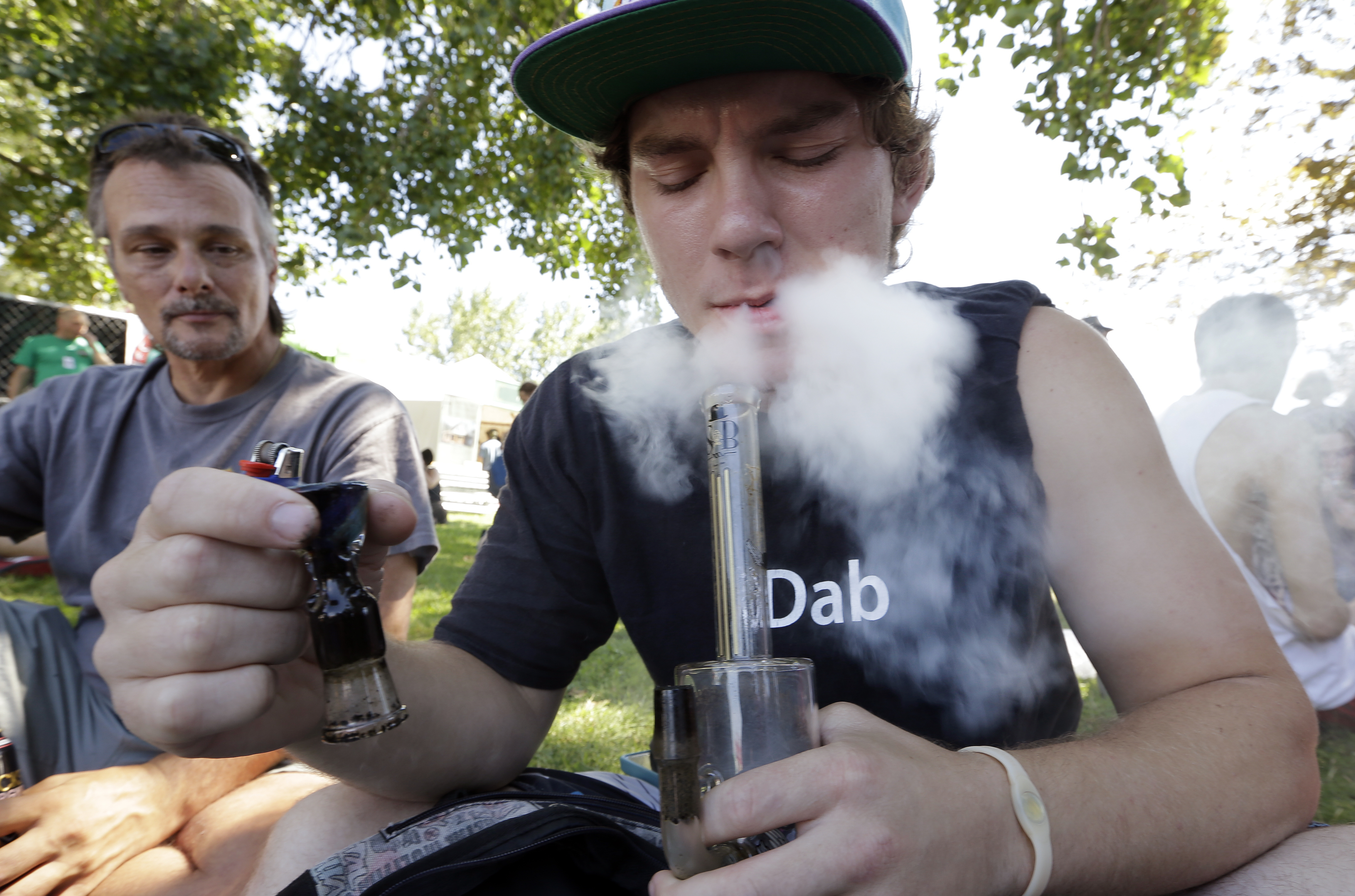 Nearly a year after Washington state and Colorado voted to legalize recreational marijuana, the Obama administration announced on Thursday that it won't sue the states to comply with federal laws, though it reserves the right to in the future.

The administration also issued new guidelines for all U.S. attorneys on the dynamic issue of marijuana law, recommending that they only focus on prosecuting major cases. Specifically, the Justice Department laid out eight high-priority areas for enforcement, including preventing the distribution of marijuana to minors, preventing revenue from marijuana sales from going to criminal enterprises, and preventing marijuana possession or use on federal property.

In effect, the Obama administration is -- for now -- letting states carry out their experiments with loosening marijuana regulations.

Attorney General Eric Holder spoke with Gov. Jay Inslee, D-Wash., and Gov. John Hickenlooper, D-Colo., in a phone conversation around Noon on Thursday to inform them of the administration's decision. Last November, voters in both Washington and Colorado approved ballot initiatives allowing anyone over the age of 21 to use marijuana.

In a press release today, the Justice Department said it expects Colorado and Washington "to establish strict regulatory schemes" that protect the federal interests in the memo issued to U.S. attorneys on Thursday.

"These schemes must be tough in practice, not just on paper, and include strong, state-based enforcement efforts, backed by adequate funding," the release said. Leaders in the two states have assured the government that they will impose strict regulations. However, the Justice Department added, "if any of the stated harms do materialize--either despite a strict regulatory scheme or because of the lack of one--federal prosecutors will act aggressively to bring individual prosecutions focused on federal enforcement priorities and the Department may challenge the regulatory scheme themselves in these states."

The administration's approach to these laws is similar to the approach it's taken to medical marijuana, which is also illegal under federal law. Twenty states and the District of Columbia over the past decade and a half have legalized medical marijuana.

In 2009, Mr. Obama's Justice Department released the Ogden memo, explaining it would not make going after medical marijuana users a priority. That however, didn't stop the administration from cracking down on marijuana dispensaries, particularly in California -- including sites that were in full compliance with state laws. In a 2011 memo, the Justice Department clarified that the Ogden memo was meant to apply only to individual medical marijuana users -- "not commercial operations cultivating, selling or distributing marijuana."

"It's nice to hear that the Obama administration doesn't at this point intend to file a lawsuit to overturn the will of the voters in states that have opted to modernize their marijuana policies, but it remains to be seen how individual U.S. attorneys will interpret the new guidance," he said in a statement.

Angell pointed out that the Obama administration closed down more state-legal marijuana businesses in one term than the Bush administration did in two terms.

"The real question is whether the president will call off his federal agencies that have been on the attack and finally let legal marijuana businesses operate without harassment, or if he wants the DEA and prosecutors to keep intervening as they have throughout his presidency and thus continue forcing users to buy marijuana on the illegal market where much of the profits go to violent drug cartels and gangs," he said.