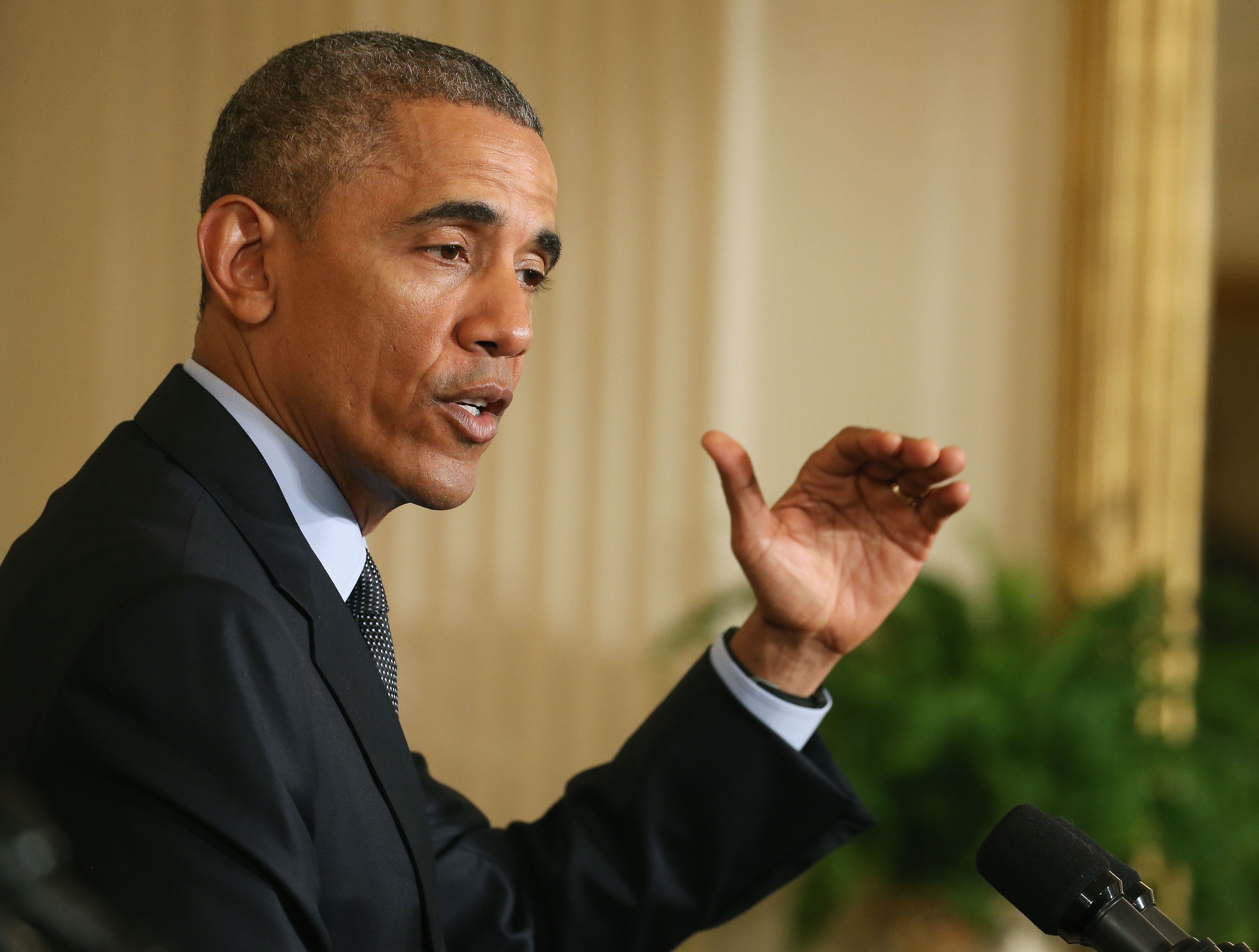 President Obama criticized the delay of Loretta Lynch's confirmation as U.S. attorney general, calling it "embarrassing" and a "crazy situation."

"What we still have is this crazy situation where a woman who everybody agrees is qualified... has been now sitting there for longer than the previous seven attorney generals combined," Mr. Obama said during a joint press conference with Matteo Renzi, Italy's prime minister. "And there's no reason for it. Nobody can describe a reason for it beyond political gamesmanship in the Senate.

"There are times where the dysfunction in the Senate just goes too far. This is an example of it. It's gone too far. Enough," the president continued. "This is embarrassing -- a process like this."

Lynch, who is currently the U.S. attorney for the Eastern District of New York, has hit several snags in her confirmation to the top Justice Department post. The president picked her to succeed Eric Holder last November, over 160 days ago.

A recent dispute over a GOP-backed human-trafficking bill that drew opposition from prominent Democrats has proved a difficult hurdle to overcome -- especially with a Republican-controlled Senate.

"I wanted to hold a vote on the attorney general, but if I can't get this bill through first then I'm going to have to delay the confirmation vote," Senate Majority Leader Mitch McConnell, R-Kentucky, told CNN last month.

This isn't the first time the president has expressed frustration over the delay.

"No one can claim she's unqualified. No one's saying she can't do the job. Senators from both parties say they support her. This is purely about politics," Mr. Obama said in a video address in March.

Even Republicans like Jeb Bush have called on Republicans to confirm Loretta Lynch. Illinois Sen. Mark Kirk recently said he would vote to instate the president's pick, making him the fifth GOP senator to voice support for the nominee.

During Friday's press conference, the president also touched on the recent Corker-Cardin agreement on Iran, saying he wouldn't veto the current version of the bill.

"I thought Bob Corker and Ben Cardin came to a reasonable compromise," Mr. Obama said of the Senate bill. "Assuming that what lands on my desk is what Senators Corker and Cardin agreed to, I will sign it."

The White House had previously condemned the legislation, which would allow Congress to vote on whether to remove sanctions on Iran, but has since agreed to the revised version.

Tackling another contentious issue, the president also addressed a question on the "fast-track" trade policy that top lawmakers found agreement on just yesterday.

"What we are doing is negotiating the highest-level, highest-standard trade agreement in our history with strong, enforceable labor provisions, strong enforceable environmental provisions," Mr. Obama said. "And I will be able to show, when the final agreement is presented, that this is absolutely good not just for American businesses but for American workers."

Fissures have sprung up in the Democratic party because of the wide-reaching trade policy, with opponents fearing that Congress will not have the proper authority to change deals. Congress will only be able to grant an up-or-down vote.

The agreement on the trade accord comes just as the White House is negotiating an extensive trans-Pacific trade deal.