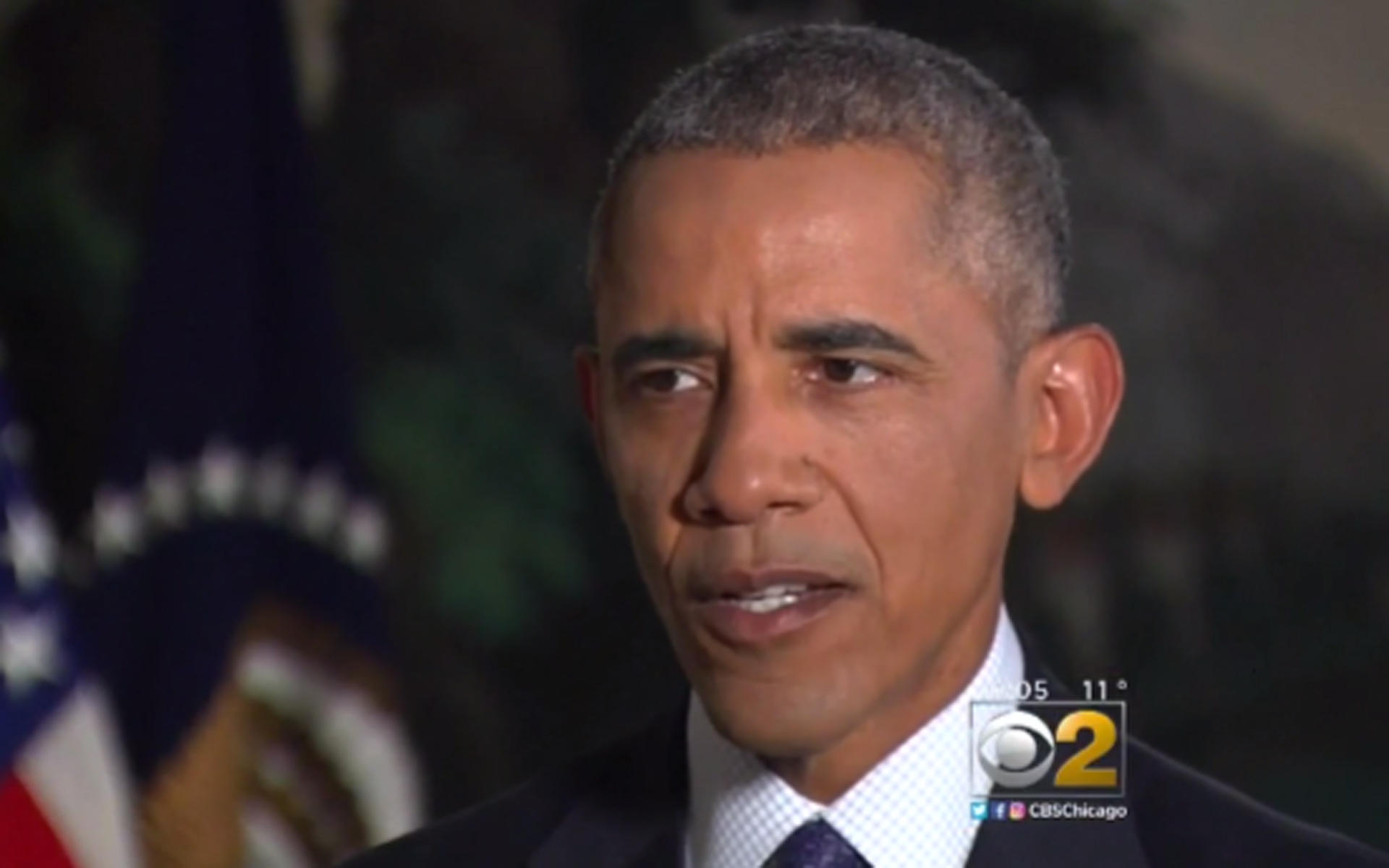 CHICAGO -- The two 18-year-olds had been schoolmates, police say. After meeting at McDonald’s, they spent two days together, driving around visiting friends. Then a pretend fight between them escalated into a brutal beating of a mentally disabled teenager that has stirred racial tensions and outrage after being broadcast on Facebook Live.

“I take these things very seriously,” he told CBS Chicago in a White House interview Thursday.

But the president said the incident doesn’t mean race relations have gotten worse.

“We see visuals of racial tensions, violence and so forth because of smartphones and the internet and media ... a lot of the problems that have been there a long time,” Mr. Obama said.

“The good news is that the next generation that’s coming behind us … have smarter, better, more thoughtful attitudes about race.

“I think the overall trajectory of race relations in this country is actually very positive. It doesn’t mean that all racial problems have gone away. It means that we have the capacity to get better.”

How the white suburban teen ended up beaten by four black people, threatened with a knife and taunted with profanities against white people and President-elect Trump is among the puzzles authorities are still trying to piece together after the four were charged with hate crimes Thursday.

The alleged attackers will make their first appearance in court Friday.

They also face charges of kidnapping and battery for the assault, which was captured on cellphone video by one of the assailants and viewed by millions on social media.

“This should never have happened,” said David Boyd, the victim’s brother-in-law at a brief news conference in suburban Chicago. He said the victim was traumatized but doing as well as could be expected.

Neal Strom, who is acting as a family spokesman, told The Associated Press the victim has had “profound emotional and physical disabilities throughout his life.” He did not elaborate.

The uproar over the beating has intensified the glare on Chicago after a bloody year of violent crime and protests against Mayor Rahm Emanuel and a police department that has been accused of brutality and hushing up wrongdoing. The department has also been the subject of a long civil-rights investigation by the Justice Department, which is expected to report its findings soon. It also stirred emotions still raw after a nasty presidential election campaign that split the nation.

The case heightened political tensions on social media, with some conservatives suggesting it was linked to the Black Lives Matter movement. Police said there was no indication of any connection.

Chicago police initially said the youth was singled out because he has “special needs,” not because he was white. But authorities later said the charges resulted from the suspects’ use of racial slurs and their references to the victim’s disability.

Cook County prosecutors identified the suspects as Brittany Covington and Tesfaye Cooper, both of Chicago, and Jordan Hill, of suburban Carpentersville. All are 18. A fourth suspect was identified as Covington’s 24-year-old sister, Tanishia Covington, also of Chicago.

Excerpts of the video posted by Chicago media outlets show the victim with his mouth taped shut and slumped in a corner of a room. At least two assailants are seen cutting off his sweatshirt, and others taunt him off camera. The video shows a wound on the top of the man’s head. One person pushes the man’s head with his or her foot.

A red band also appears to be around the victim’s hands. He was tied up for four to five hours, authorities said.

The incident began Dec. 31, when the victim and alleged assailant Jordan Hill met at a suburban McDonald’s to begin what both the victim and his parents believed would be a sleepover, police said.

Instead, Hill drove the victim around in a stolen van for a couple of days, ending up at a home in Chicago, where two of the other suspects lived, Detective Commander Kevin Duffin said.

The victim told police what began as playful fighting escalated. A downstairs neighbor who heard noises threatened to call police. When two of the suspects left and kicked down the neighbor’s door, the victim escaped. A police officer later spotted the bloodied and obviously disoriented man wandering down a street.

The grandmother of Brittany Covington said the granddaughter she raised from infancy is “not this person.”

“I’m so upset, my head is about to bust open,” said Priscilla Covington of Chicago. “I don’t know if someone influenced her ... She had her ups and down. (She) was a good person. I’m so confused.”