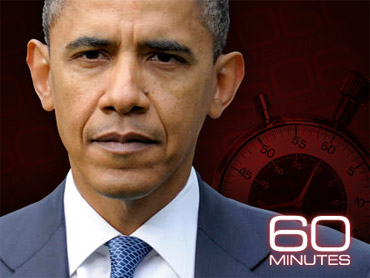 After a suffering a "shellacking" in the midterm elections, President Obama acknowledges what many have seen as his chief weakness - failing to sell the importance of several legislative milestones to the American people.

"I think that's a fair argument. I think that, over the course of two years we were so busy and so focused on getting a bunch of stuff done that, we stopped paying attention to the fact that leadership isn't just legislation. That it's a matter of persuading people. And giving them confidence and bringing them together. And setting a tone," Mr. Obama told 60 Minutes' Steve Kroft in an exclusive interview set to air Sunday. (See clip below)

"Making an argument that people can understand," Mr. Obama continued, "I think that we haven't always been successful at that. And I take personal responsibility for that. And it's something that I've got to examine carefully … as I go forward."

Complete Election Coverage
Boehner: Obama, Democrats "In Denial" after Elections
Obama: People Saw "Overreach" in My Actions
Obama: I'll Talk to GOP on Health Care, But...
Why Democrats Lost the House to Republicans
Ominous Signs For Obama In 2012
How the Party of No Became the Party of Yes

Republicans enjoyed significant victories Tuesday, wresting control of the House of Representatives from the Democrats and picking up six seats in the Senate, as frustration over the economy drove voter sentiment.

A humbled Mr. Obama, who termed the defeat a "shellacking" during a postelection press conference Wednesday, must now grapple with an emboldened and empowered political enemy with its sights set on undoing much of what he accomplished in the last two years - including an effort to repeal his signature achievement, health care reform, reports CBS News White House correspondent Bill Plante.

Watch the entire exclusive interview with President Obama on 60 Minutes this Sunday at 7 p.m. ET.